Windows of Death and Carpentry 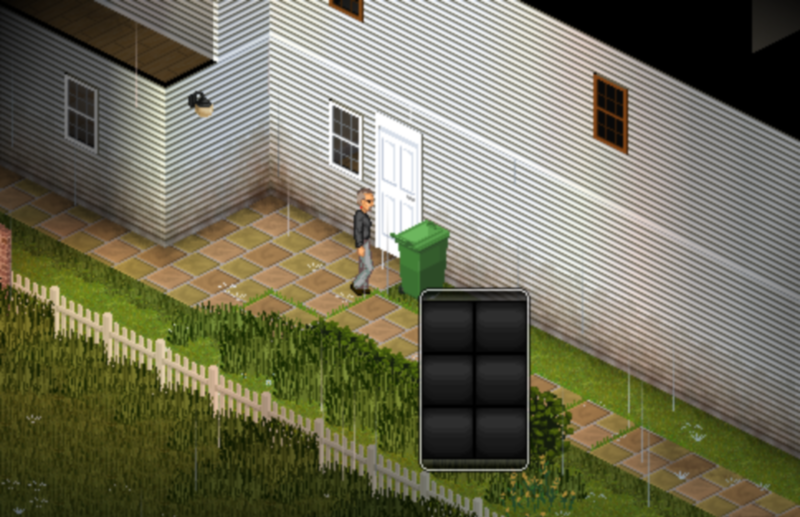 Hey there survivor. The news from PZ central is that the update is now content locked – we’re feature complete. There remains, however, a certain amount of fixes, tweaks and general balance that needs to be wedged into the code before we can release it. Rest assured, however, that we’re currently working day and night to get there. We’ll soon be able to smell the victory beer we’ll pour ourselves when this thing is finally kicked out of the door…

In the mean-time, here’s a rundown of the primary features you can expect when the update lurches out of the bushes.

Instead of mental-case morons who club zombies, players and thin-air alike we now have a crowd of NPCs who behave a little more sensibly. They will try to survive, just like you, and can team up with you and help out. In this update you’ll only be able to recruit NPCs into your gang, and not join another one that’s already NPC-led – though you’ll be able to watch other NPC groups looting, rampaging and generally surviving throughout Muldraugh. This is only ‘Stage One’ in terms of where we’re going with NPCs – there’ll be many improvements, new behaviours, new orders and reams of fresh dialogue coming in future updates. More details on NPCS can be found here and here.

Whenever you perform actions in the game now you’ll earn XP. Once you’ve hit the roof of the XP totaliser you’ll then be able to level up one of these skills the next time you sleep. Your character will now start out a bit weaker than in the current build (he’ll be able to carry less and generally be less adept at everything in the game) but with levelling skills up toward level 5 he’ll become way more proficient than you’re used to. Whether he’s sprinting, cooking, carrying or…

The introduction of woodwork makes for a major extension to the existing PZ barricade system. As you level up your carpentry skills you’ll be able to craft various tile pieces that you’ll be useful as you modify an existing building or create your own little fortress – or ‘Fort Knox County’, if you will…

This video was made using test code – we assure you that building projects will take a little longer in the gamer proper. In the update tile pieces will weigh a considerable amount, and each one will take time to build. So with wood being so heavy, how are you to transport it? Well, again rather neatly, that brings us to next new feature.

The majority of items in the game will now be pushable and draggable by your character. This means we can add things like Wheelie Bins (or ‘Mobile Garbage Bin’ as Wikipedia tells us our US friends call them) to the game – with other items like shopping trolleys to follow in future updates.

Zombies and survivors alike can now climb in and out of windows! Formerly our glass friends have been used in the game purely to toy with your line of sight, but now they can be smashed – and then become one of many new entry and exit points. You’ll soon discover that deadheads are a lot better at breaking a window than thumping down a door! Thankfully, however, this also means you have a few more avenues of escape – even from upstairs windows if you want to risk an injury or…

We’re saving the details of this until release (or until we can’t keep it quiet any more) but due to the lower memory requirements of our rebuilt game code we can now stretch to a 300×300 sized map – four times the size and quite a jump from the previous 150×150. As you can imagine, the map now feels freakishly huge! We figure this is a good way to taste a bigger world and have more to explore, until we get map cell transversal in. Binky and Mash have created a whole bunch of new tiles for these areas, and can’t wait to see your blood splashed over them.

As well as a new, smooth and sparkly lighting engine (which has gameplay ramifications you can read about here.), Binky’s been working tirelessly to add a ton of new detail to both the existing map and the new areas that now surround it. Added grime, cracks in the road, road markings and other decal overlays should all help to make the world feel more real.

Re-enact the famous Shawn of the Dead scene with a pool cue, smash walls and zombies alike with the sledgehammer, go all Mr. Stabby with the kitchen knife, and take the saw to your trusty shotgun.

Mod tools will be released soon after the update, but will allow our glorious bunch of modding heroes to create costumes for characters by using a funky drawing package that’ll let them: draw over the character frames, draw over existing costumes, edit the palette, and then conjure up frames that can be used directly in-game. We’ll also be providing an isometric floor editor and a wall editor which will make the creation of new tile-sets for the game far, far easier.

There’s a few other smaller, quirkier features that you’ll find when the update is released – but these are the ones that are pushing Knox County furthest towards our goal of killing you in a myriad of nasty ways. As we progress through the debugging, testing and streamlining process we’ll be sure to let you know how we’re getting on. In the mean-time if you want to mull over the contents of the update then please do so on our forums, but we’d advise that you remember to shut the curtains as you do so. The consequences could now be dire…

Uncategorized | 06 February 2012
Project Zomboid | Copyright © The Indie Stone 2023. All Rights Reserved.
Site by Redwire
Stable Build: 41.78.16 | IWBUMS Beta: 41.78.16 | Version history | Wiki
Follow us
Manage Cookie Consent
To provide the best experience, we use technologies like cookies to store and/or access device information. Consenting to these technologies will allow us to process data such as browsing behaviour or unique IDs on this site. Not consenting or withdrawing consent, may adversely affect certain features and functions.
Manage options Manage services Manage vendors Read more about these purposes
View preferences
{title} {title} {title}