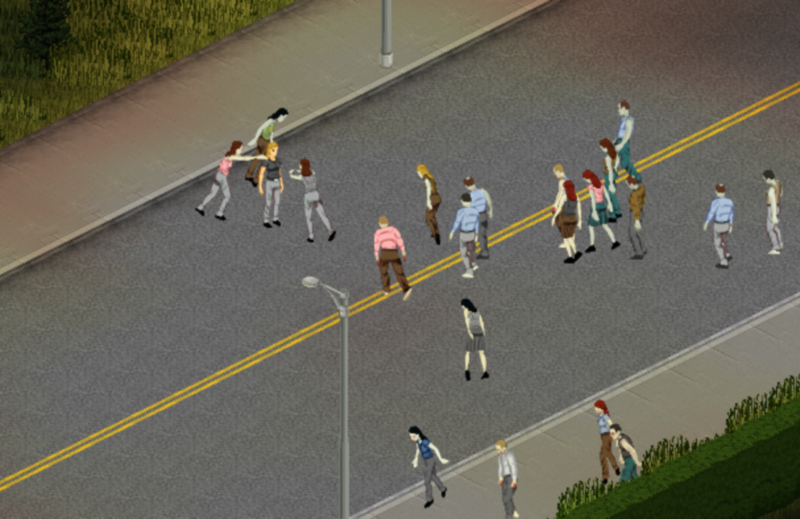 Hey stranger. I know we’re busy surviving a zombie apocalypse, but did you know that The Indie Stone have just started up a new YouTube channel? To celebrate we’ve even stuck up full motion video of a female character shotgunning dead people in residential Muldraugh. If you’re a YouTube-type person, why not subscribe? There’ll be hi-jinks!

The fact that we’ve finally got this video to show off is an indication that the major blockage holding up the RC3 build has been bypassed – the stuttering appears to have been broken with help of oftentime PZ hero Caspian Prince (@puppygames).

There are still a few jobs to do on the code (nixing the ‘pick up through walls’ bug, some graphical glitch fixes and creating builds for each platform) so it doesn’t look like it’ll coincide with the grand Steam Greenlight opening – which is annoying. Then again, the wheels are in motion and there’s very little left on the ‘to do’ list. When the update lands fire will be reintegrated, the tutorial will be playable, music will be fixed, zombies will swarm in a more deadly fashion and, of course, there’ll be womenfolk.

As for the new YouTube channel – it was getting increasingly silly that we were using Chris’ personal account rather than a specific Indie Stone one. All future video-based Knox County mischief will be found here. The inestimable @RingoD123 is planning to take further videos from the build over the weekend, so hopefully there’ll be more to gaze at soon. Thanks all! Don’t get bitten by the dead!

All the Zomboid Ladies!