Of PZ payments and map streaming 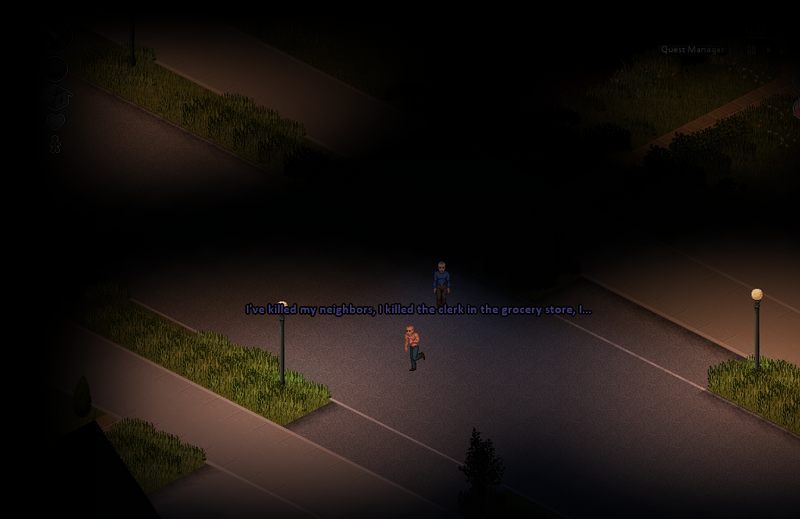 Good morning survivor. It’s cold and rainy on the streets of Britain, but our hearts our full of warmth for you: the Knox County as-yet-uninfected. This is just a quick house-keeping blog about PZ payment for new players, and some information on the next update for existing players who’re still sitting in their safehouses staring at the wall and endlessly re-reading magazines to quell their boredom moodle.

Boring stuff first. We’ve decided to drop Google Checkout as a PZ payment option – now diverting all new players to the charms of Desura. Our thinking is that PC, Mac and Linux users can all purchase from Desura – with some choosing to play through the client, and others (and of course Mac users) using their Desura code on the downloads direct from our site. Having two concurrent payment models in the face of the Steam release seemed a little excessive. Another primary reasoning behind this is the fact that this should free up poor old Mash on the PZ Accounts email help-line, so the tale of woe that were the spam-listing and hiding email addresses (long story) should now be at an end. (We also totally love Desura and their staff to bits, so that helps).

Work on RC3, meanwhile, continues apace. This includes something rather unexpected. While Lemmy and RobertJohnson/Romain were busying themselves with the code it became increasingly evident that memory was again becoming more and more of an issue. Memory demands were dangerously high, and it was looking increasingly likely that people with lower-end systems would suffer come release. Cometh the hour, then cometh the streaming…

Through this new system we’ve saved 400 meg of memory demands, because we no longer need the entire 300×300 map loaded up. It’s something of a relief to have working, in all honesty, and we feel like we’ve dodged something of a bullet.

In terms of the update proper Chris is currently fixing a few issues so that Knox County will react cogently to the new streaming system, while Romain is rejigging NPC interaction to use the new context menus – as well as mopping up a few remaining issues in the game. Will and RingoD are conjuring up some fun new NPC encounters, while Mash and Andy continue in their quest to expand the borders of Muldraugh for a future update.

We’ll radio in with further updates – and bite some fleshy gristle out of your busy schedule with a Community of the Dead and a Modding of the Damned blog later in the week too. Until then!