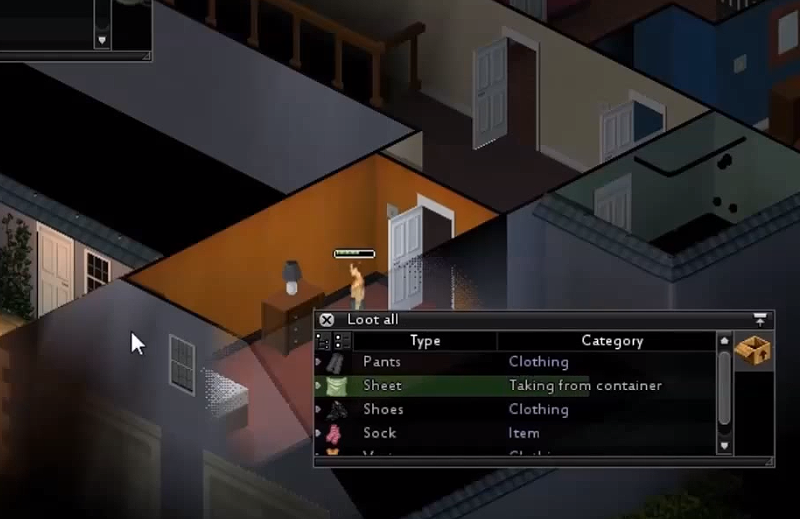 Will is away celebrating his wedding anniversary (congrats Will!) so in his stead we’ll post a slightly less good writted post showing off the new PZ video demoing the new UI system.

For reasons still beyond our understanding Lemmy & Binky decided to speak over it this time, with disastrous results.

Next time, if there is a next time, we will discuss the new crafting system amongst other things that probably should be edited out but aren’t. Oh, and the latest news on the next update can, as ever, be found here.

Partly due to our rambling and partly because it’s not immediately obvious unless you’re playing the game – a few of the same comments and queries have been popping up. As such we thought we’d do a quick FAQ (well, more responses to ‘Frequently Said Statements’ really) to clarify everything. Sorry for not mentioning more of it in the video!

“Item transferring is too slow!”

As we say in the video: times are pretty unbalanced at the moment. In fact they’re pretty arbitrary. They will be balanced to be as fun as possible. Also, remember that if anything is going to take a while you can accelerate time. Packing a backpack will take as long as, comparatively speaking, it takes to pack a backpack in the real world – although it’s worth bearing in mind that we will be looking to extend the game day length soon too.

“Item transferring should be instantaneous!”

This game is about realism, and always has been. The only reason looting took any time in the old system is due to how fiddly everything was to use. Without the pain of using the clunky interface you could strip an entire kitchen of everything lootable in about 10 seconds of playing time. That’s more Diablo then PZ – and to us feels way, way, way unbalanced.

The feeling we want to get over is: “There’s zombies breaking through the windows! You’re shoving stuff into your backpack!”. We want you to have to abandon half of it because you’ve got no time left. So it’s not so much about watching bars going up, as being smart in your looting strategies.

Different types of container will have different advantages or disadvantages associated with them. Plastic bags are really quick to shovel stuff into but have the risk of breaking. Backpacks can store a lot of items, and don’t require a hand to carry them, but will be slower to put things in and take things out of.

With the new UI players will be more likely to get the stuff they most need, instead of just collecting everything. What’s more they’ll have difficult choices to make. It’s not just about ‘watching a progress bar’ (especially since, if not under threat, you can just accelerate time and more or less instantly transfer a ton of items).

For a game that centres around a realistic depiction of the apocalypse we feel that people have been doing things instantaneously for way too long. Likewise, crafting will soon be timed actions too – as you don’t just conjure barricades out of nothing in real life. We will, of course, make sure realism doesn’t get in the way of fun – but accelerating time will be the cure to waiting. If there are zombies close by then you’ll have to consider whether what you’re spending time on is the right decision…

While you yourself may like these systems, there is also a large proportion of people out there who get a little worn out by them. In fact, we fit into that category. Sorry. Since the UI is now completely Lua driven, you can guarantee that someone will make a Tetris style item grid replacement UI mod at some point if there is that much demand for one though. So don’t fret too much.

“The list view takes up too much space / is a bit fiddly!”

The list view is auto-collapsible and scrollable, which will let it work fine on smaller resolutions. It’s is a lot less fiddly than the old one, as you’ll soon discover. However we do fully intend to have a full icon view more akin to the original. That may be in a follow up update, however.

“I don’t like drag and drop! Why are there no keyboard shortcuts?”

There will be keyboard shortcuts up the wazzo on this new system. Check out this here link for more details. Though, again, this will be unlikely to appear in the next update.

Okay, we reckon that’s about it. If there’s more you want to know then feel free to holler.