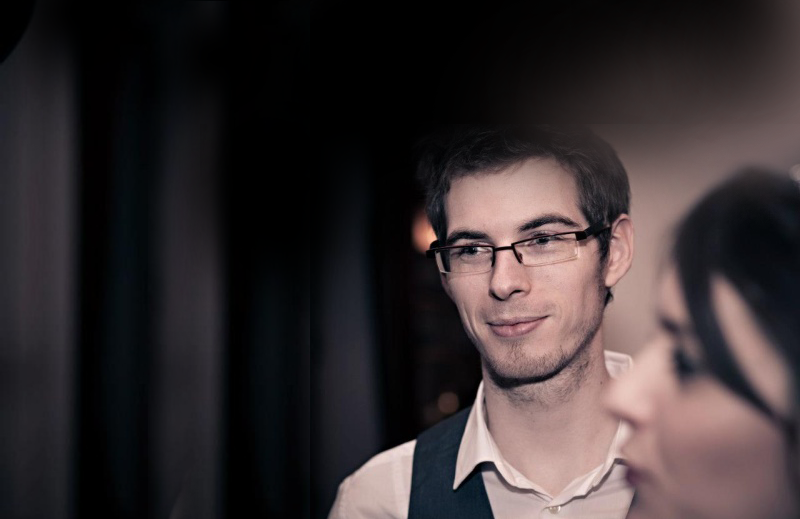 It’s time to get to know the new survivor. The Indie Stone have been working with Romain Dron (internet name RobertJohnson) for a month and a half, so we thought it was high time to put him front and centre in a blogpost. Romain was previously a high profile PZ modder, but now he’s part of the team – and deserves a shot in the limelight…

But wait, first let’s interrupt this emergency broadcast with a status update on RC3 – before cutting and pasting it into the build status thread on the forum. Right now we’re building in more NPC stuff to help them cope with a streaming world, and optimizing the PZ mainframe to reduce load times – aiming for it to only take a few seconds to get from the menu and into the game.

Chris is also working on an automatic no-render system so that buildings auto-hide when the player walks behind them – instead of relying on the zones defined in the editor. There’s also some exciting stuff happening with map creation tools, which is in turn helping Binky and Mash put the finishing touches on the new areas of Muldraugh that’ll be merged with the game soon after RC3. The remarkable EasyPickins is creating some brilliant stuff for us when it comes to mapping tools which will help modders hugely when they are publicly released.

And Romain? Well we’ll let him tell you personally – although he’s not a native English speaker so Will’s anglified some of his thoughts. We knew we’d taken on-board a talented developer and a passionate PZ fan, but what we didn’t realise that he’d turn out to be such a total, total sweetheart. Take the floor Monsieur Dron.

Hello Romain! Who are you, where are you from and what’s your story?

I’m 26 years old, I live in north of France and I’ve worked in Java for 4 years. I started coding at the age of 12 with Ultima Online (my custom language then was C#), studied electronics at school and finally got a degree in php/photoshop stuff.

How did you first discover Project Zomboid? What made you want to mod it?

I discovered PZ by searching for zombie games on Google after finishing Dead Island. I first tried some flash games like The Last Stand, then found PZ. I tried the demo (0.1.5), after an hour of playing I wanted to buy it.

As far as the modding goes, I was reading The Walking Dead – in which they were growing their own food. That was something I really wanted to do in a zombie apocalypse! When I bought the game I did some research and saw that it was in Java, so thought “Cool, java stuff! I can try to dev a few things”. Seeing as modding was in lua, though, I started with basic item creation while I worked out how to mod in farming.

I’m not really a graphic artist (at school I was more php than photoshop), so I searched for artists on the forum. Thankfully I found the wonderful Thuztor, and then I got down to learning lua. It was great working as a team with Thuztor, and really fun to make the mod as realistic as possible.

Where does your knowledge in Java development come from?

It’s from when I started to work in my current job. I knew nothing about java (I’m a good liar!), but then I started to watch some tutorials and did a few side projects to learn faster. And now I love Java! Who doesn’t? (I’m still sure I can make Lemmy love java…)

Is it a surprise to you to find yourself part of the Project Zomboid development team? What’s it been like so far?

Oh yeah, it was a big surprise, a great follow-up to us releasing the demo of our farming mod! I’ve barely had time to realize that I was just a modder three months ago, and now I’m part of the team!

Working with Lemmy is really good, he’s really smart and he’s a working machine. [Editor’s note: Romain not paid to say this]. I knew that Project Zomboid was a lot of work, but I didn’t realise there was so much of it until I got the source code! We have the same way of thinking so it makes things really easier. I’m so happy to be working for this project. I started developing stuff for different games a long time ago, but I never imagined myself working on a real one.

When The Indie Stone announced they would be recruiting a new dev I sent my resume in, but the fact they wanted someone full-time made me a little sad. I wanted to work on the game so much. I don’t know why they picked me, perhaps because I’m French and make good coffee, but it was a great day.

How does the process work when working on PZ? Do you balance it with your usual work?

I balance it. Game development is a hobby of mine, so I really like this. It’s not really a problem, and my girlfriend is supporting me in it as well – so that helps a lot.

My job is boring sometimes – I’m a J2EE architect in a big firm. I don’t often see customers in that role but here, the forum is full of people who are so excited about the game. It makes me feel motivated to work on Project Zomboid, and I really care about all the suggestions and criticisms that people make.

Lemmy and the guys are really cool with me, after I had a go on my early tasks he just asked me what I wanted to do. I can also now just go in the whole source code and quickly understand how it all works.

What are the most important tasks you’ve done for RC3? What are you most pleased with?

I haven’t really had a “big task”. I’ve fixed a lot of bugs that annoy people. That’s how I wanted to work – and how TIS wanted me to work. Fixing bugs lets me see a lot of different things, so I can adapt myself quickly on any problem. I’ve also worked on lua things, UI stuff, story dev and other stuff.

What are you working on right now?

I’m currently working on seasons, hypothermia and moon cycles. Next up I think I’m going to adapt my mods to the main game – so that’s farming and camping. All that is in lua, so it’ll takes me longer to do than java stuff, but importantly it’ll be fully moddable.

The next thing I want to do is a better resources management. What I mean by this is that when we release RC3 to the public, we will ‘freeze’ the source code, so we can release smaller updates (like bug fixes and little design tweaks) a lot quicker. I hope this will mean that it won’t take 2 or 3 months each time for an update.

What would you like to bring to Project Zomboid in the future?

So many things! I’m really a zombie hardcore fan (I mean Romero and stuff), so I really want to add more survival things – and maybe work on hunting, electricity and multiplayer. It’s a real problem – when I start thinking about one thing, I just want to add more and more!

What would you like to say to the Project Zomboid community and the army of potential modders out there?

Well, this game is a sandbox. I really want modders to make anything they want, and also to feel free to ask whatever hook, event or java stuff they need in the game for modding. I’ll be really glad to add them. And thanks a lot to the community and The Indie Stone, I’ve only been doing this for a month but already really feel part of the family. Finally, a big thanks to Thuztor. Without him I would not be a part of this team.

And finally a quick picture of the current build – with rain back working! Hurrah! (Ignore the fact it’s not raining on top of the trailer. We’ll fix that…)

Knox gets real: Spotlight on Binky