Things to do in Muldraugh when you’re dead 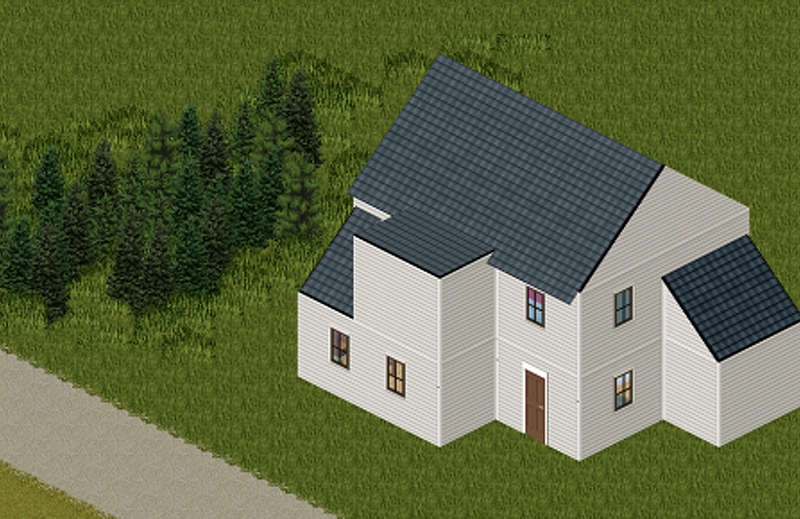 Greetings gentle survivor. This week we’re going to have a cup of tea, a Nice biscuit (note to non-UK readers, there is actually a sort of biscuit called a ‘Nice’ biscuit) and a cosy fireside chat with our writer Will. He’s the one who puts the cuss-words into the dirty-bird mouths of Muldraugh survivors, and he wants to share his thoughts on RC3 with y’all.

Let’s update you on what’s happening elsewhere first though. Last week we caught up with Lemmy and his work on the NPC survivor ‘metagame’ – and that’s taken up most of this week too. We’ve now got a good lump of code that transforms walky-talky NPC groups into ‘meta groups’ when they wander away from your direct vicinity, still retaining the same goals and paths but in disembodied form. This is still very much the focus of his work – but NPC raids, item distribution and optimizating the game whenever he sees an opportunity are also in his PZ-style line of sight cone.

Map-wise Binky is still deeply buried in the lay-out of the map cells, dropping placeholders into areas to make sure everything looks okay and will play well – before diving in with a hammer and chisel to make new buildings permanent. His most exciting moment this week came with the selection and construction of Kate and Baldspot’s new tutorial home. It looks like this!

Without wanting to add too much drama to our cosy Monday development post, Mash had some trauma while she was on holiday in Mexico. She got bitten by a Sea lion. (We know!). Formerly, when pressed, she used to say that the most incredible thing she’d ever been attacked by was birds – on two separate occasions. Now, however, she can add Mexican marine mammals to the list. She’s back now in any case – safe, sound and starting preliminary work on a brand new map cell for later on down the line.

Finally Romain has been balancing his seasons, researching agriculture for the implementation of farming and streamlining the UI. For example, to barricade a window, you don’t need to have all the items equipped if everything is in already in your inventory. ‘Barricade’ will pop up as a UI option, items (hammer, plank) will be auto-equipped and a nailing you will go…

Anyway, here’s the moment you’ve all been waiting for. It’s… well… it’s me…

Why is that picture of you dressed as Batman?

Well, okay. So what are you up to at the moment in terms of Zomboid and RC3?

While Andy and Mash busy themselves with the new map and Chris and Romain tackle Java coding that’s beyond my ken, right now I’m sketching out the NPC dialogue that’ll crop up whenever you send a follower (or a few of them) off on a looting mission. It’s probably one of the biggest jobs I’ve had so far, since we need player requests that are Friendly, Neutral and Aggressive – and responses from NPCs that reflect their mood state too. On top of that we need streamlined ways for your chosen foragers to report how they got on, who died and who was injured. In the fullness of time we’ll also have cool stuff like your followers recognising former comrades, who’ve turned into zombies on away missions, banging on the door. There’s an epic amount of material to cover!

Will the new NPC trait system have any effect on your writing?

Yep, certainly. The traits will be really useful ways to label the various different NPCs and their individual characters – so I’ll be able to create some custom dialogue for more cowardly or foolhardy followers to mutter at opportune moments. A lot of this will be written and implemented post-RC3, but for this build something I will be doing is using followers flagged with more ‘negative’ traits to respond to you in a more desperate fashion when they’re sent off to loot supplies – and to whinge more when they return with flesh wounds.

The major feedback I get from Lemmy, Binky and Mash is that I need to inject NPCs with a much greater sense of doom – which is tricky to balance with the more functional ‘go here!’, ‘yes boss!’ dialogue. With the new traits, however, I can present a certain slice of the Muldraugh community as maudlin, suicidal and desperate people – meaning that the tragedy quota will always be topped up.

I’ve also written a few scenarios where you’ll meet people who’ve taken overdoses, or have quite simply lost the plot as the zombie apocalypse has developed. They won’t be people who can join you, but they will give a stronger flavour of the breakdown in society. You’ll be able to steal their stuff, or just put them out of their misery – if you so choose.

Well, we’re trying to engineer a few ways to meet other survivors – other than just bumping into them while you’re exploring the town. As such I’m creating a few meetings with NPCs who’ll want to trade supplies (for example, a character who wants to swap a weapon for a certain number of bottles of booze) – so simple fetch quests, with the possibility of grouping to follow.

When can we expect all this?

The joys of Lua and the new UI system mean that everything I’m doing is quick and easy to code into the game. As such, there’s no reason to suppose that what I’ve already written won’t be packed in RC3. What I will say, however, is that I’m even keener to get my hands on the new code than the PZ community!

I’m desperate to see my stuff in the game – to find out what works, and what doesn’t. As such, beyond RC3, I think people can expect to see a lot of editing and fine-tuning in the dialogue systems while we try to strike the right balance between chit-chat and ominous silence. Everyone’s feedback will be more than appreciated at that point.

What’s happening with Kate and Baldspot these days?

The Kate and Baldspot tutorial storyline is currently scripted quite a bit beyond what people first played in the demo – there’s a new character that joins proceedings, and a fair degree of medical activity. It’s all been in the can, and ready for distribution in the code, for a really long time – but we need RC3 finalised before it can be put into action.

My current working relationship with RingoD is that I do my scribbles, then fire it all over to him for processing. Once the game build has stabilised, however, we’ll be able to work together a lot more closely when creating new PZ Stories and developing the one we already have. I already know the two new characters we’ll be introducing next, but I’ll keep them under wraps until we’ve actually got to the stage when they’re in active development.

As well as character dialogue, there’s a more general world story going on. Will you also expand on stuff like the radio broadcast in the tutorial?

Right back at the very start I wrote out emergency radio broadcasts that would splutter into action as every in-game day went passed. A small slice of this is what ended up in the demo. I definitely want to get that into future builds to expand on what’s happening in the world beyond Muldraugh – and also maybe to flag up game-changing stuff like the water and electricity supplies running out. Again, that’s something that’ll be going into the game beyond RC3.

So what other stuff are you up to other than PZ?

Like I said before with the Batman stuff – unlike Lemmy, Andy and Mash I don’t work full-time on Zomboid. I still do a lot of writing about games for websites, and recently won a Games Media Award for a website called Hookshot Inc. I occasionally do a smidge of writing for other games that are in development too, but nothing I’ve worked on recently has been announced yet – so I’d better keep schtum on them!

The Coding of the Living Dead

How to hurt a zombie when it’s down…