How to hurt a zombie when it's down... 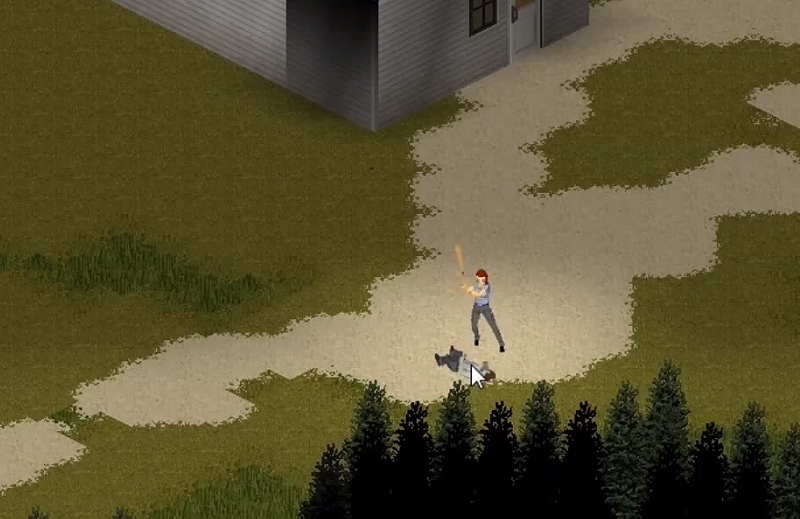 There’s still some NPC work to be done, dialogue to be bound into the game and some front-end work that’ll be needed before we can release RC3, but this week we’re really chuffed to be able to show you a video of what’s been worked on over the past few days from the cumulative efforts of Lemmy and Binky. We’ll let the video do the talking – which also showcases some of the new map (still WIP), as well as some of Romain’s fine weather work.

This gameplay vid shows some of the various changes we’ve decided to make to combat and zombie-kind in RC3 so that fighting is more fluid and danger is rebalanced. Here’s a grab-bag of what’s been done:

That’s the meat of the Monday update then, but be assured that dialogue, map-work, RingoD’s scripting, tile creation and whatnot are also ongoing. We’ll be back very soon with a chat with the amazing Mash ‘Marina’ Potato to talk Sea-Lion bites, trait icons, inappropriately placed riding stables and sombrero-wearing Guinea Pigs. There’ll also be a Community of the Dead post to reveal the winners of our Halloween costume competition.

Exciting times! We can’t wait for you to (finally) sink your teeth into what we’re working on. Sorry, as ever, for being coy – but as you can see in the video things are really coming together at the moment.

Things to do in Muldraugh when you’re dead