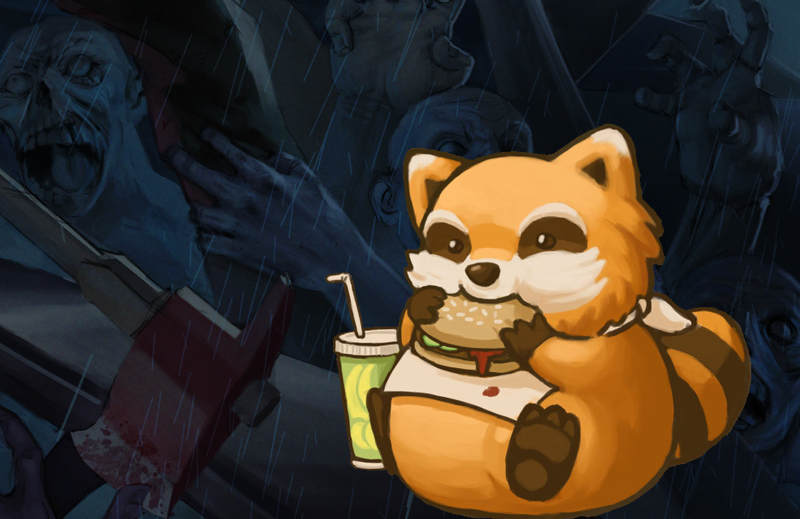 Hello! It’s just another Muldraugh Monday so here’s your latest dollop of Zomboid related development news, alongside the last of the current run of developer interviews. This time it’s Mash in the limelight – and alongside some serious Sea Lion and Guinea Pig chit-chat we cover the new trait icons, menu art and mappage of the upcoming RC3 build.

The rest of the team have been super-busy too, though. Binky fr’instance, has been working on some of the animations currently missing from the game – a notable one being leaping through windows, or hanging off them. Whether they’ll be part of RC3 remains to be seen – but there are a couple of other new animations ready to be fed into the current build that we should be able to show off very soon. We’ll keep schtum on what they are for now so we can surprise you with the video.

Romain’s farming system has also been receiving a lot of love amidst the design of the new map. As well as his own work topping and tailing the gameplay, Will has been helping with anglification of its descriptions and Mash has helping to extending it out into the natural world around Muldraugh. These icons are an example of her toil.

NPC work, meanwhile, continues apace. Will and RingoD are still conspiring to create in-game dialogue (most recently the words that spill out when you vocally assign a building to be your safehouse in front of your NPC followers). On top of refining the off-screen NPC meta-game and helping Andy integrate animations, Lemmy has done a lot of NPC combat work.

They’ve been fixed up to remove ‘standing still and getting munched’ stupidity, and can now handle crowds of zombies without dying. Now we know that they’re capable in a fight the next job will be to dial back their effectiveness according to their skill and personality trait modifiers. A team of 4, or so, NPCs can now pretty much tear through zombies – which means we can now cruelly make them less effective and balance them nicely. It’s also good to know that when Kate finally becomes mobile in the Tutorial story she’ll be able to hold her own!

Anyway, without further ado… here’s our very own Marina Siu-Chong to fill you in on what else she’s up to in the realm of Zomboid RC3.

Hello Mash! How on earth did you get bitten by a sea lion? Was it scary?

Hello Will! There I was, strolling down the street, minding my own business… nah, I got it in Mexico, while on a snorkelling tour near a sea lion colony. I was too near, as it turned out. It hurt a bit when it happened, but I continued snorkelling and didn’t realize I was bleeding until I got back on the boat. Totally worth it to swim with sea lions, though!

So, what are you up to at the moment on PZ?

I’m currently switching between working on new environment tiles and creating trait icons for the NPCs.

The trait icons are being used to quickly summarize traits, so people can remember what a NPC in their party is like with a glance (the icons will update as new information becomes available and experiences happen). As they need to appear next to names, the icons are just 18×18 pixels, which is a challenge for readability… but that challenge is part of what I love about pixelling!

Since you can’t pack in too much information in such a small area, the icons are consequently pretty abstract in some cases. Here are two of them as an example:

You can use a brain to indicate ‘intelligence’ pretty easily, but a concept like ‘resilience’ is tougher. We’ll see how people respond to them, and make changes where necessary.

People have seen a glimpse of the new menu art in the new front-end video. What can you tell people about it? How did you draw it, and why have you created a new one?

While we all liked the atmosphere of the old title screen, it was always intended to be a placeholder. Since we’ve had this long period without an update, I thought it would be a good time to have a new title screen; with the upcoming release being a new beginning, and all that. We wanted a picture that would emphasize the more emotional aspects of PZ, and I went for a quiet moment between Bob and Kate. It was painted digitally in Photoshop.

How do you work the map design with Andy? Do you do different sections?

Andy (aka Binky) creates the landscape and gives me the layout, and I make the buildings, create new tiles if necessary, and add the detail. We generally work on different sections at the same time, but there will be some crossover where I create a lot that he’ll place on his map, and vice versa.

What is the ‘Inappropriately Placed Riding Stable’ that keeps appearing in Dropbox? That always confuses me.

THAT is why I have Andy give me the layout! In one of the maps I was working on, there was a big empty field, so I put a farmhouse-like building there. Then, I thought, “why not have a small barn?” It kind of turned into a stable. Then I put a big fence around it and turned it into a riding farm. Then Andy asked me, “Why is there a riding farm in the middle of a residential area?” And I said: “…” So it’s saved it out as a separate lot for later inclusion now.

Where did Spiffo come from, and why is he the heart of The Indie Stone?

He’s otherwise known as Mr. Spiffo, and he’s from PAWS. The first Indie Stone game. PAWS was a 2D multiplayer battle game in which adorable woodland creatures played tag and threw acorns at each other. It was quite a different game from PZ!

The game was loosely set in the English countryside, so we had animals that were endemic to England, like hedgehogs and red squirrels… but I wanted a Canadian character in there too, so we added a raccoon. Mr. Spiffo (a temporary name that stuck, much like ‘Project Zomboid’) soon became the favourite with his sly looks and attitude, and became wildly overpowered (he could steal items, dig, climb, had a tail spin attack, and in the least biologically realistic feature of all, could use his tail to glide across the screen).

There’s a few references to other games that Lemmy, Binky, and I have worked on together scattered in PZ (some might recognize the character on the cover of the inventory magazine), but Spiffo is the most overt one. When I was creating tiles for a fastfood restaurant chain, I wanted something that could have a cute mascot, and suddenly thought “Spiffo’s”!

Will fell in love with him (I’m not exaggerating, he has said this on several occasions), and he’s become more and more intertwined with our company as a result.

What’s your artistic background? Do you have work online that other people could check out?

While I’ve always been interested in drawing, my official artistic background is relatively new. I went to university for sciences, graduated, and was working somewhat in that field as a scientific art editor, then as a project manager. However, I wasn’t happy with my job, and decided to back to school for art. Yup, I had my mid-life crisis in my twenties!

I had started getting a little interested in game development during my time at university, using AGS. While there I met lots of cool and encouraging people, but it was my buddy Buloght in particular who was the one who inspired my love for pixels and helped me get better at it. Who knew that I would be using it in my job in the future! You can find my art blog and games work here. 🙂

How are the Guinea Pigs?

Lola’s good, but Hugo continues packing on the grams.

Is there anything else the PZ community needs to know?

I bought a mini sombrero for Hugo in Mexico. A photo of him wearing it will be taken. It will be tweeted. You will follow @mashpotassium and not miss it!

How to hurt a zombie when it’s down…