On voices in the darkness 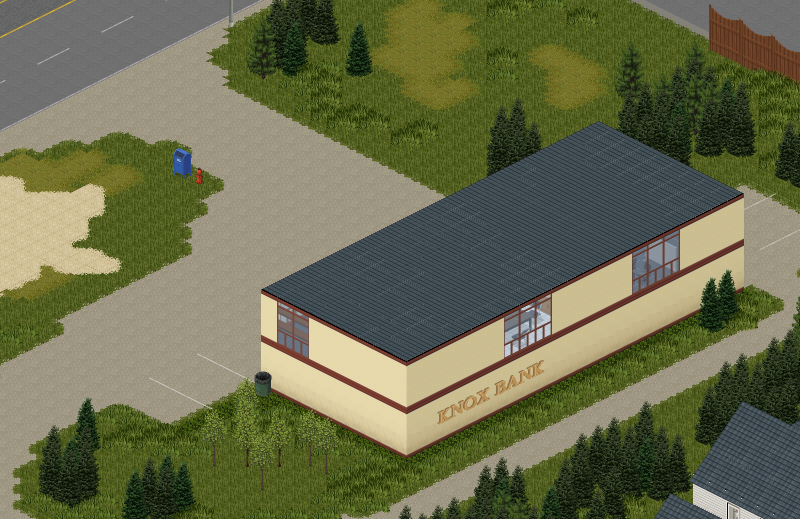 Hello survivor! So we’re trying something a bit different this week. Will, Lemmy and RingoD have got together to have a chat about the NPCs, their meta game, what to expect in RC3 and what the system will mean to Project Zomboid in the long-term.

There’s a lot of content waiting to appear in Muldraugh, but it’s the development of this system that’s the crux of the update – and the one that needs the firmest foundation before we release. We also chat about the difference between Sandbox and Survival mode, what the rest of the team have been up to and all manner of other fun stuff besides. To have a listen simply head on over to RingoD123’s YouTube channel and get stuck in.

(The awesome game we mention in our chat, by the way, is Zafehouse Diaries, and you can buy it over on the Desura mothership. Well worth a punt.)

Elsewhere, meanwhile, Mash has been further developing tilesets for map expansion beyond RC3. These let her create artworks with pipes like the following:

And also conjure up exciting new places to be turned into a zombie like this:

On top of that Binks has been knocking bugs out of enshrinkulation – meaning that the way 3D models are rendered as sprites is a hell of a lot slicker, and crisper, than you will have found in RC 2.5. Or lovable gallic friend Romain ‘RobertJohnson’ Dron, meanwhile, has turned his mind to carpentry – and specifically on the ways your carpentry level will govern the appearance of the furniture and barricades you create. The details of this are currently being debated internally, but we’ll probably be able to explain a little more next week.

In more community-orientated news, meanwhile, or new website is very nearly complete. In the chat above we mention that we’re going to give you a sneak peek in this blog, but sadly the test build we have access to isn’t really in a super-screenshottable state. We’ll have to leave that one for next week too.

So that’s what’s happening. Let us know what you think about the Monday (Well, Monday plus forty minutes) blog’s departure into sound on the forums. More of it? Less of it? Just let us know. Cheers all!

Wishing you a Zombie Christmas