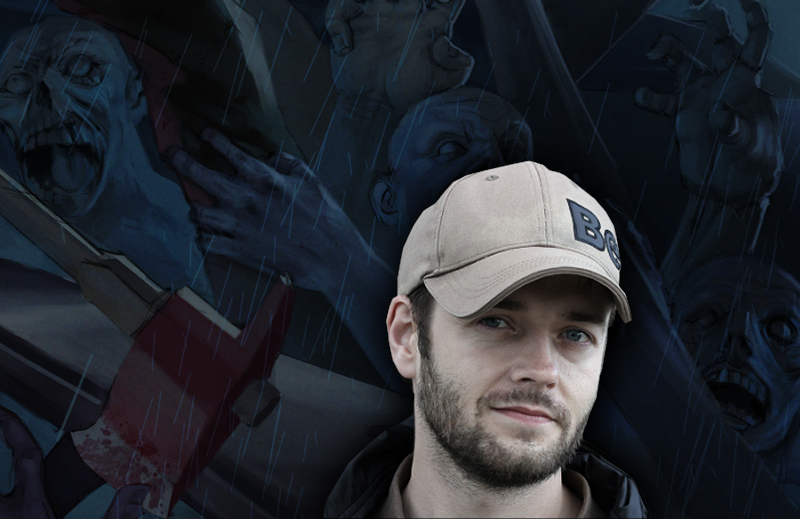 Hey survivors. Monday always used to be the most depressing day of the week, what with the walking dead getting in the way of your commute to the office and the destruction of society as you know it. That’s why we chose this day to deposit fresh Project Zomboid news just outside your safehouse, knock on the door three times in sharp succession and run away.

Binky’s Enshrinkulator (see here for technical deets) is about 95% complete, and as I type is in testing to make sure the files it spits out are all present and correct. Lemmy’s putting together a LUA script to test it, and then we can see whether everything’s correct in-game and that we don’t have floating baseball bats and pairs of glasses everywhere – before finally getting a few of those promised RC3 videos direct to your screen.

Elsewhere Mash continues to beaver away at map tiles for future map expansion, and Romain has been developing the front-end UI (story screen, map selection etc.), putting camping and farming’s through their final test and experimenting with easy ways to create walls, doors, fences and traps into Lua. Lemmy’s work on NPCs meanwhile, very much the most vital remaining cog required in the RC3 machine, continues apace. Indeed, once it’s done we’ll hopefully be at the tipping point at which all of the content RingoD discusses below can be plugged into place.

Hey RingoD – why doncha introduce yourself a bit, and tell us how you got involved with Zomboid?

I first got involved with PZ after I first decided to make YouTube videos after being told about it by a friend at work. After seeing the planned features and Paul Soares Jr’s first test drive I just knew I wanted to start making Lets Plays of the game. After my first couple of videos I started getting some comments off Lemmy, Binky and Nickenstein thanking me for them, and saying it was great to hear someone with a similar accent to theirs making videos of their game!

Well this was news to me. I didn’t have a clue at the time that they were even from the UK, nevermind just down the road. After a few more messages backwards and forwards, we met for drinks and nerdy chats, and became fast friends. A few months later Lemmy realised the scale of what was to come with the amount of scripting that would be needed for the story modes and various NPC stuff and, after conferring with the rest of the gang, asked if i would like to join the PZ team, I obviously instantly said yes.

What sort of scenarios and dialogue has Will been sending over that are destined to be a part of RC3?

One of the major scenarios, if you like, is the expansion of the Kate and Baldspot story mode, giving Bob more quests to help his beloved Kate to get back on her feet and also introducing more characters from Knox County. It still needs to be ported over to the new map, and Kate needs a couple of new animations before it will be complete, but story mode should be back in. Certainly to the point it was at in 0.1.5d, and perhaps beyond.

The other exciting things Will has been sending over have been various NPC encounters to go along side the new map streaming mechanic. In RC3 you’re going to have the chance to come across NPC’s in many different ways, which can then play out in different ways with reams of potential different dialogue. As well as that I’m scripting up all of the group dialogue stuff for arranging a looting party, with all the various random chit chat for NPCs seeing zombies, fighting zombies, being bitten, being healed and other various chit chat.

What do you have to do to the raw copy that’s sent over?

I get all of Will’s brilliant dialogue in a screenplay format, telling me the nature of the scene and the nature of the player and the NPCs involved – then the character lines themselves. I then wrap all of these up in Lemmy’s scripting language, the same one we first saw in 0.1.5, and make sure they all connect up where they should. I also add in any extra actions that need to be performed and can be handled by the scripting language.

Everything is then passed on to Lemmy who creates the more complicated parts of the scenes around the dialogue using the Sadastic AI director and LUA. The scripting up of the story mode is a bit more involved, as I also script up all of the mission pop-ups and stuff outside of pure dialogue. I believe that stuff like tool tips will also be making an appearance in the next update.

What’s your favourite exchanges that have come over so far? What do you think people will enjoy the most when it’s finally in-game?

Wow, what a question. I could honestly spend all day answering this one. For starters there’s a brilliant random scene that has the chance to play out in a Spiffo’s Restaurant, but I’m not saying any more on that! I don’t want to spoil the surprise too much! There’s also a possible psychopath you can walk in on, or is he just a friendly guy you met at a bad time?

There really is so many more great scenarios I could talk about but I know, as a player, it’s going to be better for everyone to experience them first hand than read them here. I have to say though, most of my favourite bits of dialogue so far have been some of the random one line comments – some of which are great tongue-in-cheek movie quotes.

I think the thing people will enjoy the most isn’t just going to be having functioning and capable NPCs, but also how much more alive and real they feel – what with all the dialogue they can spout given various different situations. There’s already dialogue for different personality types going in, with tons more to be added in the future.

How much content would you say you’ve processed so far?

We have 15 different NPC-meeting scenarios – where you could, say, meet an NPC outsidem inside, in the dark or in the rain. Many of these then have branching NPC dialogue depending on your actions.  Conversations hinge on whether characters are friendly, neutral or aggressive – but increasingly Will is also creating even more work for himself by providing different dialogue according to whether they have largely ‘negative’ or ‘positive’ traits. I lose count of how many variations there could be. There’s also random dialogue for player characters or groups when put into seven or eight different situations – including when you ask to group, which again has all those different random dialogue options. All these are ready to go and be dropped into the code, so if they’re not in RC3 – then they’ll certainly be a part of a build that comes quickly after.

Then of course, there’s what I’m working on now – the NPC looting missions that Lemmy is currently working on. Those have twenty possible openings for dialogue as each one proceeds, code-wise, so the possible variations are going to be HUGE. So far I’ve done the full set of dialogue for the friendly (positive trait) characters, and am in the middle of all the others right now.

You’ve also got your YouTube channel that introduced you to us all, of course. What are your plans for that?

I love making videos for my channel. It’s something I would never have done if it hadn’t been for PZ. I’ve started to upload videos more often recently, and have started doing videos for various other games – even if I tend to try and stick to indie titles. I’ve just uploaded my first VLog last week where I talk to my subscribers about my thoughts and plans for it all. My ultimate aim is to be the premium YT channel for Project Zomboid videos, and to try and get there I‘ve decided to try and upload 2 PZ videos every week, with uploads for other great indie games i’m currently playing and enjoying coming in between. Hopefully I can get at least 7 videos a week out – people seem to like my content and constantly ask me for more. Maybe if I can get as popular with PZ as Yogscast got with Minecraft I’ll be able to do 7 a day 🙂

Do you reckon that your involvement makes Project Zomboid the most Geordie zombie game of all time?

Definitely the most Geordie zombie game of all time, and in my eyes certainly the best! I say most Geordie ‘zombie’ game as I seem to remember the original Driver game being made in Newcastle, and even better, you could get a special cheat code that let you drive around a section of Newcastle City Centre itself. That was probably the true greatest Geordie game of all time.