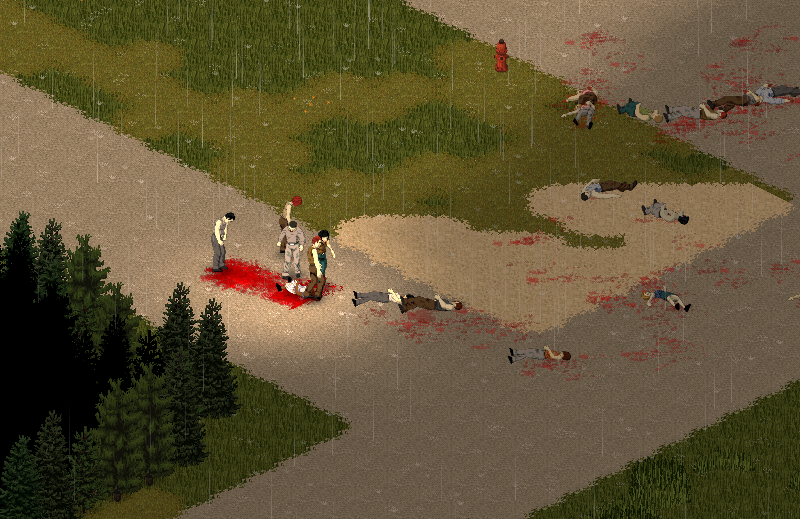 We’re continuing working on getting the game working on all graphics cards. There is some work yet to do on this but we’re confident we can nail it soon.

Assuming we’ve not fixed all of them by next release, we will otherwise introduce a ‘safe mode’ executable for the game (and a command line param) which may have success on some cards in the interim by forcing the off-screen buffer that many have issues with not to be created and disable both shaders and double size. Truth be told it should do this anyway, but we suspect the device capability checks in openGL may not be picking it up properly. Speaking of double size, we’re sorry this has fallen by the wayside of recent, there have just been so many issues to address it’s been deemed lower priority since the option of a smaller full-screen res is there in the meantime. This goes for any feature that has similarly not gotten the love it’s owed. We’ll get to it, promise!

As you may already know, our latest version had to be taken off the servers due to them being rather more costly than we anticipated compared to the 0.2.0 builds, and risking putting us seriously out of pocket (Amazon S3 is charge per gig, and we shifted a surprising amount of gigs last week!) – we already have several routes we can hopefully follow, and things are progressing great in that department, and rest assured we’ll get an official download in place for as soon as build 7 hits. In the meantime, if you go to this thread you may find mirrors or torrents that have been set up to get the latest build. If you feel you’re up to a wait, then we would suggest considering waiting for 7 as we feel on the whole it will be a much more solid game by then.

We’ve made big changes to the zombie distributions to hopefully make them more balanced.

1) All player spawn locations have been moved to the east side of the map, where the zombie density is lowest. While it’s still possible to be unlucky, you should find it a bit less immediately dangerous.

2) Zombie densities have been made further lighter in the east. Or rather the chance of spawning a horde and the size of that horde is more closely capped by the zombie density. So hordes should be rarer and less sizable in numbers. There are still enough zombies around to prove deadly if you’re not careful. Remember: Sneak is the most powerful weapon you have now.

3) Loot spawns more strictly follows zombie densities. Staying in the east may be safer, but you will struggle to find enough food and supplies. Trips to the west highway and the shops and houses near that will reap much greater rewards but at more risk.

4) As well as something that we’ll save for a rather alarming surprise, we’ve introduced a few shades of the NPC meta-game to provide reasons to justify mass horde migrations. Please note this does not mean that NPCs are back in to meet and interact with, but the meta-game events that interact with the zombie hordes will be, as we feel it will much help the zombie situation in-game. While at the start of the game you have a relatively easy time sticking to the east, over the days that follow events will start attracting hordes from the horde packed down-town area to the west, leaving stragglers as they go. Over a few weeks these events will render once quiet areas in the east of town very dangerous. By the time this happens, you may find things more difficult and may be pushed further out of town. Hopefully by this stage, you’re more prepared for that when it happens.

5) Various bugs with indoor zombies and hordes have been fixed which means zombies should feel thoroughly persistent.

6) There were some rarer cases where zombies would erroneously hang onto the player as a target long beyond when they had left their field of vision. This probably explains the otherwise confusing ‘bloodhound’ issues some had with the game.

There are circumstances currently that result in the contents of containers not saving out correctly. Obviously this fits into the DANGER category of game breakers so we need to get this resolved ASAP and want this resolved before build 7.

Work on the map thunders along. As well as continuing to decorate Muldraugh with pot holes and grime and other polish, and continuing [REDACTED] but with a well there and low zombie counts, it’s worth it! We’ve also been adding additional trees around the suburbs of Muldarugh. Since sneaking has becomes such a key strategy in the game (in RC3 future with sneaking animations and peeking) it’s important to provide places to use as stop gaps when moving from one house to another.

Due to numerous people finding transversing the forests extremely frustrating, another change we’re flirting with is making tree tiles slowly transversable, even adding a rustling sound as you do so. So now you have both the potential to squeeze through thick trees to escape the horde. Or perhaps you’re in a clearing surrounded by trees and hearing rustling coming from around you?

As a side note, with a sound system fix, we’ve fixed the issues with positional sound in the game, so now with stereo or even better surround sound you can better hear the location of zombies, thumping, smashing and bush rustling. Or something else?

Soon. We never anticipated the seriousness of the zombie spawning and density issues, and feel that although some hard-core players may find the numbers fun, there are a lot of people who find it frustrating. It’s important to come up with a solution and implementation that can keep both groups happy (although Sandbox is an option). In addition we’d like our next build to make some headway in getting the incompatibility issues fixed as we cannot let the pressure to fix serious game issues stop us from fixing the very issues we made this forum release to solve. All in all we want 7 to be ‘a good one’ so are using the current server issues, and the necessary time to arrange alternatives, as an opportunity to really get 7 in shape before it’s released and address as many issues as humanly possible. In the next few days at most it should go live hopefully, but you all know the ETA score round these parts.

What about that other thing?

There are plenty of things we need to resolve in these builds before we’ll be satisfied to be starting on work on the NPCs, and there are many more fixes not mentioned in this Mondoid. These are just the main points, and hopefully we’ll have whatever issues you’re personally having sorted in build 7. If not, we’ll get to it soon after. We won’t be satisfied with anything less than the most bug free version of Zomboid to date since day 1 as overall polish and quality is our main driving force for this version.

Please be patient and understanding in the meantime, as the game has had a massively extended period of development and no play testing for a long period and this is to be expected, but as closed testing went on into the third week, we just didn’t want to deny our forum users a chance to play any longer and need to get these card incompatibilities licked soon.

Thanks again everyone, and the response has been overwhelming and reminded us how much the work is worth it.

News & Dev | 13 May 2013
Project Zomboid | Copyright © The Indie Stone 2023. All Rights Reserved.
Site by Redwire
Stable Build: 41.78.16 | IWBUMS Beta: 41.78.16 | Version history | Wiki
Follow us
Manage Cookie Consent
To provide the best experience, we use technologies like cookies to store and/or access device information. Consenting to these technologies will allow us to process data such as browsing behaviour or unique IDs on this site. Not consenting or withdrawing consent, may adversely affect certain features and functions.
Manage options Manage services Manage vendors Read more about these purposes
View preferences
{title} {title} {title}