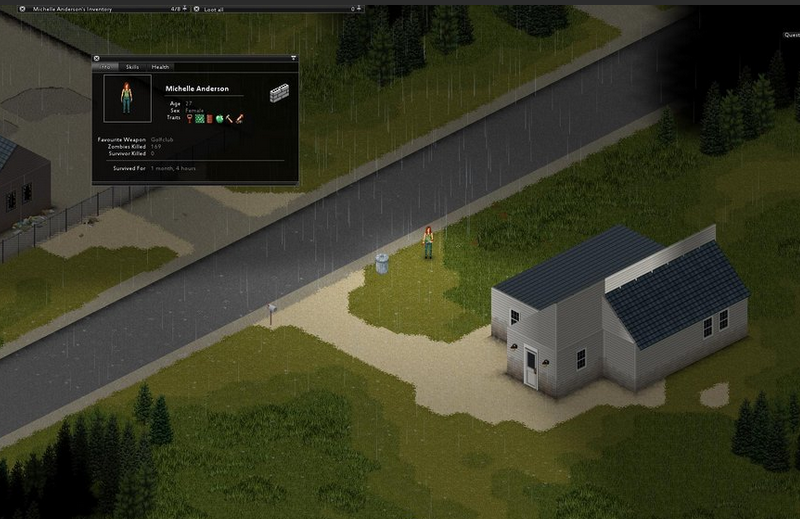 We’re just putting the 008 build through some vigorous last minute testing, and expect it to be at some point today. It’s a biggie, for more reasons than you’ll realise. We’re hoping, a few minor bug fix updates aside, this will be the one that ultimately ends up going onto Desura proper. A few points about what to expect from it.

We’ve made some massive, massive improvements to this. On 32bit systems with on-board graphics cards, where before we were seeing memory bloat to 2 gig and crash the game, you can now expect to use a maximum of about 800 meg. This will make it a close call for 1 gig systems (though we’ve had success at the game running then even so) but we still have ideas to bring this down further, and will be able to update the version quite quickly with more compacted character sprites and further memory optimizations. Computers with graphic cards with dedicated memory can expect to see the game running in 4-600 meg maximum, depending on what’s going on.

We think we can get the game to run in about 600 meg even in the worse case scenario machines, possibly further, which will hopefully leave no one out in the cold with 008.

Things like the alarms resetting on load have been sorted out at last. No more loading your game and drawing the attention of every zombie in Muldraugh to your safehouse. There are numerous other vital fixes that we hope will please people. You can read about those here.

But that’s not all. We’ve had something in the pipe for a long long long long long time which we were dying to get into the first test build, but sadly slipped for more pressing matters. It’s been rather agonizing not to be able to share, but it’s finally going in. So here’s a ‘Lemmy and Binky explain badly’ video about it, which features a special guest star!

It occurs to us post-recording that weapons have been significantly rebalanced with the help of the test group since 007 to make horde killing more difficult, and axes in particular have taken a nerf, so it makes us feel a little better about our AWFULNESS at playing.

Q: Wait, so I can play online?

No. This is only split-screen, local support at the moment.

Q: Is this an XBox version?

Q: Is it possible to play with two keyboards / mice

Sadly not. There may be ways to hack it with third party software, but it’s unlikely. PCs just aren’t made to support multiple independent mouses or keyboards.

Q: So why were you working on this when you could have been…

As we stated in the video, this has been an ongoing thing for many months, and all in all has had much less time spent on it than anyone could possibly imagine. The main body of work was getting rid of all the single player specific code, and that all happened as streaming was being implemented. This is the first stepping stone to online, but we’re still a way off.

We’ve literally spent about 4-5 hours on this in the past 2 weeks, and that time was spent largely sorting out button prompts, scaling the UI, and allowing multiple online inventories to be possible. We’ve been sitting on this for a long time and there have been frequent inter-team pleadings to show it off over the past month or two. If it annoys you that we’ve spent any time on this during the past few weeks, even 4-5 hours, please consider that we are massive geeks and stuff like this is what we do for fun to relax after a hard day of work.

Also, after 008 the evidence this existed would have been abundantly obvious from the Lua files, and last thing we’d want is for people to discover it was in progress before we could announce it and make a big deal about it. Especially since people would likely assume the Lua clues pointed to online play, and then be disappointed when we did reveal.

Also consider that multiplayer, in some form, is far and away the #1 requested feature, so if you aren’t interested yourself, it is important for a lot of your fellow Zomboiders.

Q: I don’t care about local multiplayer – why didn’t you make it online?

Online is a million times more complicated, dealing with lag and server/client architecture and all the rest of it. This was relatively straightforward to add, and was the quickest way we could provide multiplayer functionality and start getting the game ready for online. Besides, there aren’t enough ‘sat in front of TV’ split-screen games out there, and we’re proud to have it in the game.

The game will support any joypad (with dual stick controls) but may require some tinkering in the initial version until we figure out how to support all pads out of the box. It was our (perhaps ill-informed) understanding from our own experiences with joypads that many PC games tend to use Xbox button graphics as a standard, but we’ll look to providing alternates for Logitech / PS3 pads etc. XBox pads are awesome though.

We haven’t forgotten, and they are on their way. Our goal is to get Kate and Baldspot back for Rezzed, and the Sandbox NPCs shouldn’t be too far behind them.

And in case you missed it, we blogged earlier today about appearing at Rezzed in Birmingham this year. So make sure to read that if you’re interested in stopping by.

That’s all for this week, and we’ll do our utmost to get you your 008 goodness today. If not today then very very soon afterward.

0008b Released on Desura

News & Dev | 23 May 2013
Project Zomboid | Copyright © The Indie Stone 2023. All Rights Reserved.
Site by Redwire
Stable Build: 41.78.16 | IWBUMS Beta: 41.78.16 | Version history | Wiki
Follow us
Manage Cookie Consent
To provide the best experience, we use technologies like cookies to store and/or access device information. Consenting to these technologies will allow us to process data such as browsing behaviour or unique IDs on this site. Not consenting or withdrawing consent, may adversely affect certain features and functions.
Manage options Manage services Manage vendors Read more about these purposes
View preferences
{title} {title} {title}