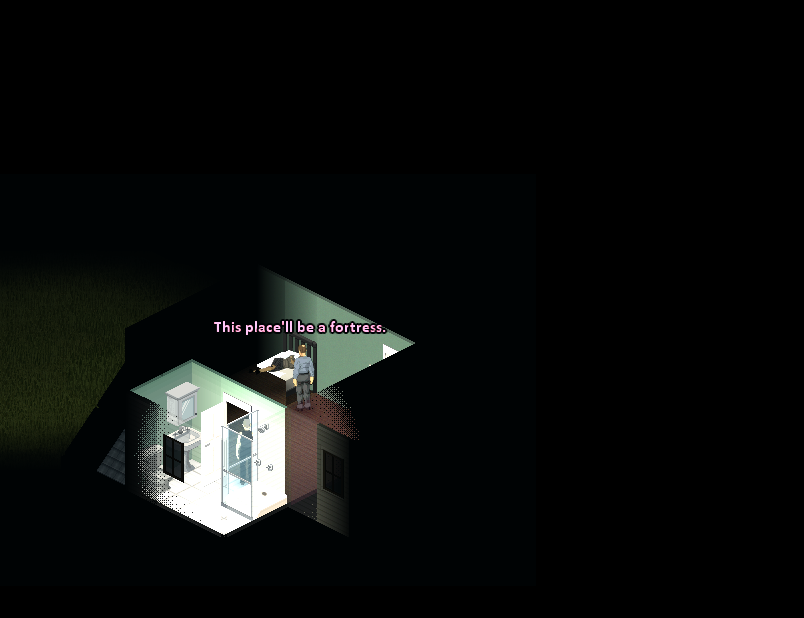 First off, we apologize for the delay in getting this build out. The reasoning behind this is while we’ve cleaned up the majority of issues found in closed testing, we really want to get the invisible wall / crafted door related collision bugs sorted out. It’s proving elusive so far, but is affecting many people’s enjoyment of the game, as well as making bad impressions on new players. As soon as this is sorted we’ll do a final quick closed test and release. Hopefully it shouldn’t take too much longer to weed out.

Before then, we’ll show you a few new things you have to look forward to in the nearish future!

Yep, that’s right. They’re back! And much better than before, with new animations and everything. Adding new dimensions to safehouse defenses, no longer be confined to ground floor exits. People who aren’t ‘weak’ can climb up them, as well as down. This will hopefully be in build 11 and we’re very excited to have it back!

Today we can also finally show you a little something we’ve been working on for the 3.0 update:

With the new meta-game system, the NPC scripting and player scripting are one and the same. The main difference being NPCs will be given commands to move to areas and make branching decisions due to their AI, where a player will receive quests and influence the world by their actions.

In creating the Kate and Baldspot story, we have also therefore automatically created the NPC scripting and AI decisions for NPC versions of any character the player can control. Likewise, any NPC interaction in the game could also involve the player instead, meaning the scripted meta events or stories can be used for both transparently.

What this means is when you start playing in Survival, Bob and Kate will be in that bedroom, having that opening conversation. From that point MetaBob will be making all decisions the player would have open to them, and the result of his story and how the player may meet him will depend on the choices he makes. Will you run up to find a burnt out house, a dead raider in the bedroom, or a dead Kate and a zombie Bob and his new undead friend in the house next door? Or maybe a random group of NPCs arrived and threw their stories completely off track?

As an example above, we have just flicked the switch to select the Raider as the player character instead of Bob. This is no guarantee he will ever be a player character in stories in future, though modders would find it easy to expand his story out and insert it into the meta game themselves.

This also applies to any future stories we add, or any stories that modders create. All these stories will play out within Survival mode in the meta-game, with the various outcomes branching based upon the character’s traits and with set probabilities, or influenced by the player or other NPCs.