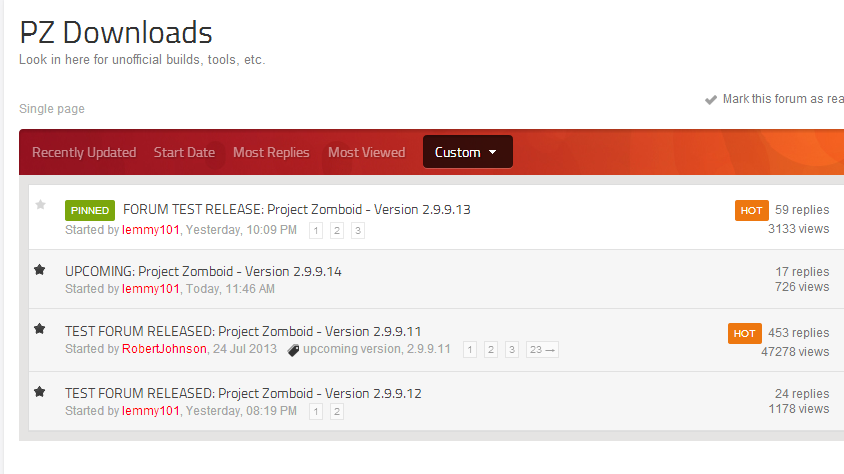 Hello Mondoid survivors! It’s a fairly short crackle of gunfire from the Indie Stone safehouse this week, but nevertheless one that contains enough joy-nuggets to stave off despair. It’s all systems go round here, and you should be able to taste the fruits of a fresh Desura build imminently.

First up comes the news that our part-time coder, the gallic superstar Romain Dron (aka RobertJohnson to any internet people out there) is now joining the team on a permanent basis. Huzzah! He’s quit his job in the real world, and is now 100% committing himself to our build up to the Steam release – and beyond.

This means he can really get motoring on balancing, fixing and adding new survival features – shoring the PZ foundations, ready for the introduction of the NPCs and metagame that Lemmy is neck-deep inside.

Forum-goers will also be aware that we’re currently running a spate of internal and community test releases of the next Desura build (currently build 13). This is the primary reason for the thread-bare Mondoid this week, as the dev team are hard at work getting the build ship shape and don’t feel quite so guilty leaving the Mondoid short and sweet.

Things are progressing well, and each version is more stable than the last. We were hoping for a Mondoid Desura release but sadly it looks like there’s still a bit more work to do. In the meantime, feel free to drop in and give the builds a try (but back up your saves!)

Those who’ve given them a whirl will already be aware that there’s a few sneaky additions in there that’ll complicate your survival in Muldraugh – but because the moment you first come a’cropper at their hands we don’t *really* want to spoil them with a Mondoid video. Because you’re all so nice though, and because we know you DEFINITELY won’t spoil it for everyone else in the Desura comments if you’re reading over there, here’s a sneak peek on an unlisted YouTube vid… if you really must spoil your own fun! 😛

That’s about it today’s Mondoid then (which, in French, would be ‘Lundoid’ – non?). We’ll flag up the point that the new Desura update goes live on all the usual channels. Until then fair Zomboidateers!