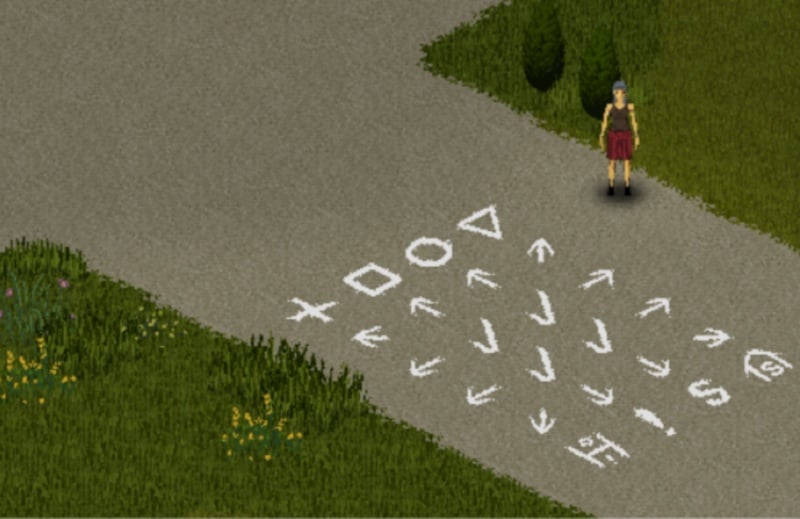 The PZ modding community has found a new lease of life since the release of the latest batch of builds came about, so we asked RoboMat of pz-mods.net to take to the floor to spotlight some of its best and brightest creations.

He asked us whether it’d be a bit weird if he were to talk about his own mods, but we said ‘Not at all! They’re awesome, and you’re lovely!’. And so, after a long session of heavy petting, he finally managed to break away and write what follows.

Oh, and while we’ve got you – be sure to check out the new episode of the All Things Zomboid podcast! Featuring our very own Romain!

Hello! The following list will only be a small overview over the currently released mods because there’s simply too many to show them all.  Make sure to check out the other mods on our forum or directly on pz-mods.net!, a website created by Aricane which is solely dedicated to PZ Modding.

When it comes to survival in Muldraugh there’s nothing more important than looting your surroundings… well apart from not getting eaten. If you’ve ever survived for more than a few days you might have run into the same problems I have: it really gets hard to keep track of the places you’ve already looted. I’ve tried every tactic imaginable – I left doors open, I dropped forks in front of the places I’d already stripped clean… Nothing felt satisfying.

All that changed once I installed the Spraypaint Mod. It allows you to place 17 custom icons all over the world, ranging from arrows to special symbols. Once you find a spraycan your looting missions become a lot more coordinated. This mod has saved me hours of running around the neighbourhood in a futile attempt to find unlooted houses!

Sometimes switching your primary and secondary items can be a life-saver, but unfortunately Project Zomboid currently makes it a bit harder than it should be. With Swap Equipped you can bash in heads with a baseball bat in one moment and shoot off limbs with a sawn-off in the next: all with a simple press of the lovely TAB key. Albeit small, this might be one of the most useful mods at the moment.

So one of your neighbours thought it would be a good idea to shoot his gun and now you’ve got a big horde waiting on your front porch. What to do? There’s no way that you give up your awesome fortress, so you decide to fight the undead hordes. After hours of battling walking corpses you finally seem to have re-deaded the last of them, but now you have another problem. Rotting corpses are scattered all over your home and backyard. Not only does it look and smell awful, but it’s probably not very healthy either. With this mod, that’s now the issue you face.

Basically you can remove corpses from your safehouse or the outside world, but with this mod those corpses are no longer just a nuisance – and instead carry the danger to infect your character if you leave them in your safehouse too long.

The mod is still a W.I.P. so it still has the usual small quirks. I’m confident that johndough will sort them out in the near future and can’t wait to see what he comes up with next.

Apparently locking their front doors was one of the highest priorities of the people of Muldraugh before they fell prey to the Zompocalypse! This might have been a good tactic while trying to stay safe, but it proves to be a huge pain in the ass for the survivors – but not anymore!

The Lockpicking Mod adds two new ways to open locked doors. The fast one is to break open the lock with the help of a crowbar. The problem is, that this might cause quite a ruckus and attract some unfriendly and hungry neighbours.

The silent but slower method is to pick the lock with the help of a screwdriver and a bobby pin. Then again, if your character fails the lock will be broken and can’t be picked ever again…

It’s up to you to decide which method you want to use. Choose wisely.

As most will already know, shooting a gun in the Zombocalpyse isn’t a really good idea, unless you really want to be chased by a horde – in which case it’s pretty much perfect. So it’s no big surprise that one of the most common suggestions by the community is the introduction of silencers.

Aricane has come up with a mod that includes just that, although it might differ from the traditional silencers we know. In his Pillow Silencer mod the player can muffle his gunshots with the help of a cushion but, just as it would in real life, the pillow will take damage and lose its effect with each new shot.

This mod is my attempt to improve the current system and bring some realism to it. I always found it strange that the player slept for a fixed amount of hours no matter how tired he was and, more than that, seemed to be unaffected by the countless walking corpses surrounding his safehouse!

This sleeping overhaul allows you to sleep virtually anywhere, but be careful: not every object will provide a decent amount of comfort, and that comfort level will have an impact on the quality of your sleep. Moreover, your recuperation time will be affected by negative psychological effects like stress, or panic.

Going to bed with any of these effects active also carries the risk of nightmares, which will see you wake early. If you’re really unlucky you might even wake up screaming, which of course might attract some zeds.

Apart from changing these sleeping mechanics, the Sleeping Overhaul Mod also introduces unconsciousness to the game. When your character is really tired he might pass out on the spot, which of course makes him an easy target for any undead fellas in the area. So if you want a bit of a challenge added to the game, this mod might be your taste.

Thanks RoboMat! We’ll be asking this lovely chap, and potentially others from the modding community, to report on their fun and games on a regular basis from now on. Want to see a particular mod given some time in the sun? Get in touch!

Modding | 19 September 2013
Project Zomboid | Copyright © The Indie Stone 2022. All Rights Reserved.
Site by Redwire
Stable Build: 41.78.15 | IWBUMS Beta: 41.78.15 | Version history | Wiki
Follow us
Manage Cookie Consent
To provide the best experience, we use technologies like cookies to store and/or access device information. Consenting to these technologies will allow us to process data such as browsing behaviour or unique IDs on this site. Not consenting or withdrawing consent, may adversely affect certain features and functions.
Manage options Manage services Manage vendors Read more about these purposes
View preferences
{title} {title} {title}