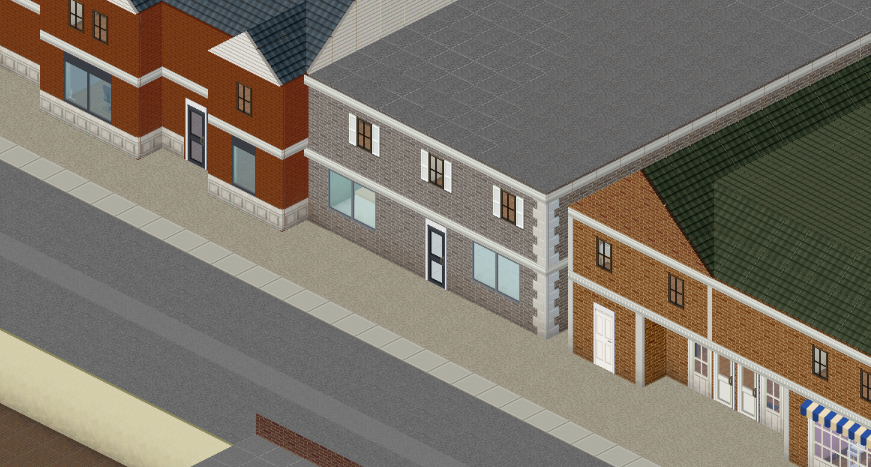 Happy Monday Zomboid peoples. Again we’re here with a ‘we’re just getting on with it’ Mondoid as we continue work getting the Steam build up to scratch!

Getting the Build 17 steam beta version stable, so we can then get the stable Desura build updated, has been this week’s priority. Once we’ve cleared up its eccentricities this will become the defacto PZ build, and we can get back to powering through the reintroduction of Kate and Baldspot.

If you’re out of the loop and need to find out what’s happening with Steam, then please check out last week’s Mondoid. With that in mind, here’s what’s cooking round Indie Stone Towers…

The good news is that invisible walls and many other stream bugs are, as far as we can tell, history. We’ve been wary to say this out loud, however, because saying ‘We’ve fixed invisible walls!’ seemed like a sure-fire invocation to summon it back.

A few other issues have cropped up on the Steam build, however, that need chasing down. First up is the ‘black square’ line of sight loading issue, that’s clearly a must-fix. We’ve made good progress in this already.

After this, and just as importantly, we’ve been getting ever more frequent complaints about zombies appearing where they really oughtn’t be, so there’s currently a major clean up operation to make sure our zeds don’t ever multiply or teleport erroneously.

This Mondoid also heralds Romain’s first full day on the game away from his old day-job (yay!) so he’s grappling a bunch of other stuff like new translations, zoom issues, reloading bugs and anything else that’s been flagged up on the forums. Report any and all previously unseen bugs to the forum,  and old RJ will start rattling his sabre…

There’s, as always, a continued fight to make the game run as smoothly as possible, seeing as we need to keep the game playable on as many of the low end PCs as possible. As such we’re currently exploring the possibility of creating a native C++ library to take over the more CPU intensive 1% of the code  (and to hopefully definitively answer the often raised question ‘why does AAA game X run at 60 fps on my PC and Zomboid does not’, consider that we see great potential value in making 1% of our game native C++, and 100% of those games are written in native C++)

Some good progress on this has been made, however it’s tricky and time consuming, and therefore we drop in and out of the job from time to time in favor of bug fixes, so it will likely not get into a version for some time. We’ll let you know how we get on!

Over to Mash for the very latest on the creation of our next PZ location!

“West Point will see the return of some familiar names, both from the original map (Seahorse Coffee!) and good ol’ Muldraugh, as well as some new amenities. Do you have some noisy next-door zombies ruining your backyard barbeque? Then why not go to Town Hall to file a petition to create an no-zombie zoning by-law!”

“If there’s one thing that scares off zombies, it’s the threat of hefty fines. Or maybe you could fight/defend yourself using some items picked up from some nearby stores…?”

“Finally, I know what most of you are thinking: new locations are all well and good, but WHERE ARE THE PIE SHOPS? You, sir or madam, are indeed in luck! Here is a small slice (hee!) of Crystal’s Pie Palace, home to many a future safehouse.”

Sayin’ Goodbye till next week

That’s all for now! More as it happens!