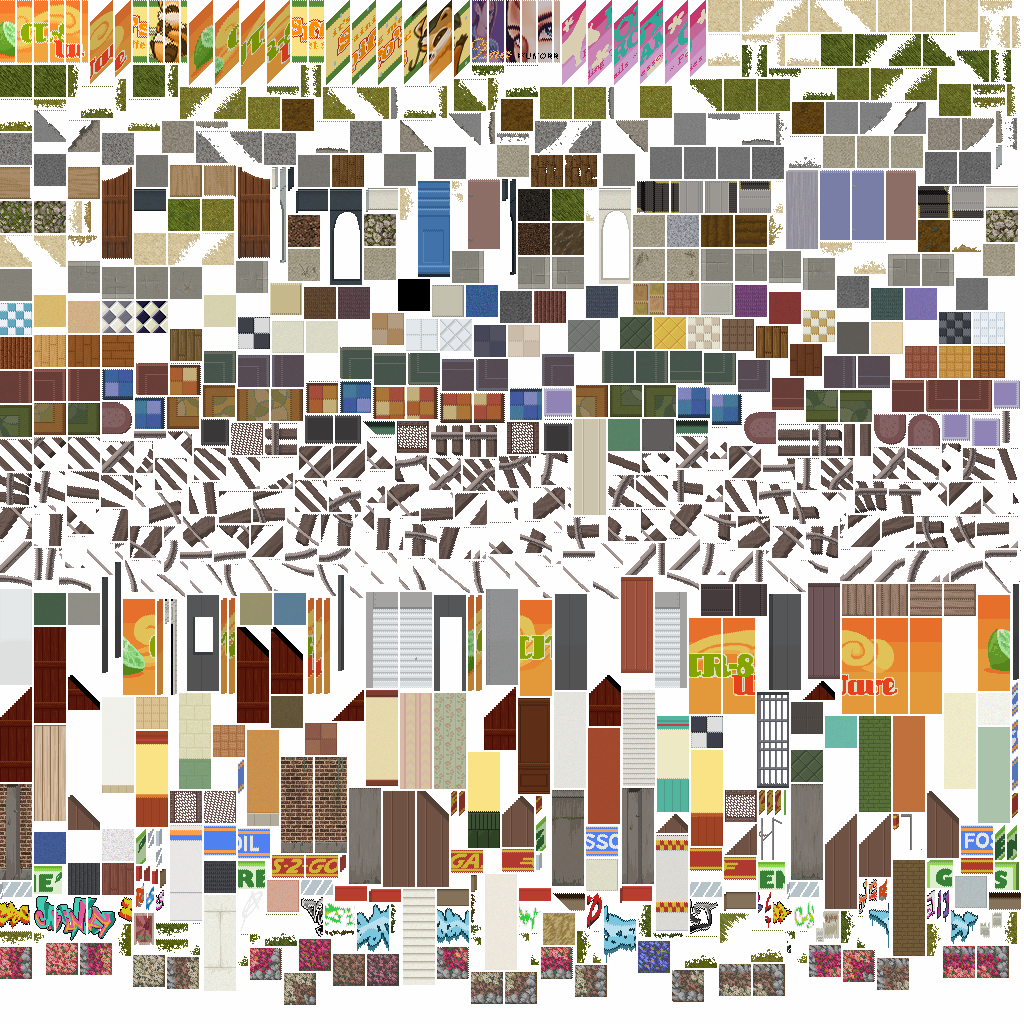 Hello everyone! It’s Mondoid time again, and we have some interesting updates.

This week has been a very interesting and exciting one. It started with a sudden issue with the game presenting itself last Wednesday, which turned out to be down to memory creeping back up to dangerous levels on Intel cards. We finally decided enough was enough and made some bold changes to finally look to address the FPS and memory issues in Project Zomboid. We’ve had one particular plan in mind for a long time, but it always seemed a drastic move.

But with the run up to Steam, we figured if we left it any longer it would only hold us back in the future, with Westpoint being added soon, we’d just keep hitting this problem, and this is our best shot at finally fixing all the performance issues.

For one, we have converted all the wall and floor tiles from drawn isometric:

As you can see, the size difference and lack of wasted space is massive, and this will dramatically reduce the memory the map tiles take up and take us well under the threshold.

We’ve also converted the game to use an actual isometric projection, which means we now have some exciting optimizations available to us that were not an option before. Namely z-buffering. We’re hoping this will have a dramatic effect on the FPS, though it may take a few versions for the effects of it to be fully felt.

If you want a more in-depth look at the changes we’ve made, why it had to be done, and what it will mean, you can go to this rather lengthy forum post and discuss! We appreciate not everyone wants to read walls of text, so…

TL;DR – Huge potential for future optimization of the game. The game runs again (though the system is not fully finished yet). We now as a bonus have engine support to be able to do proper cut-away walls, and potential future features post-Steam like terrain height, shadows, fog, and all manner of things that were never really possible We’re massively excited and relieved now this has gone in as it’s one of the last big hang-ups from the technology of the first version of Zomboid.

Now Romain is with us full-time, he’s been carrying on polishing and fixing up the build to the highest level of quality we can, so once we’ve finished off the rendering changes and got the game running properly, we’ll have the best possible build to go with.

You can read the changelist for the version here: http://theindiestone.com/forums/index.php/topic/1836-upcoming-steam-release/

As you can imagine, work on West Point continues apace, and the streets are filling up every day. It’s very exciting!