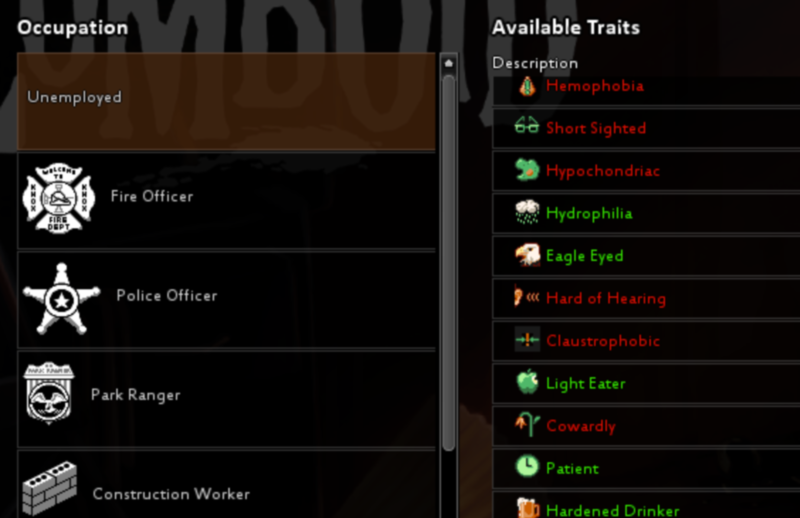 Welcome to the exciting second instalment of The Mod Report! As ever, your host Robomat is here to present the latest and greatest offerings from the Project Zomboid Modding Community.

As always, make sure to check out the other mods available on our forum or directly on pz-mods.net!

Insomnia by RegularX takes Project Zomboid and adds a nice “I Am Legend” touch to it. By day the zombies are blind so you can sneak right past them, but during the night they get superhuman powers and hunt for you. As such, this gameplay mod changes the whole approach you have to take to survive. You better spend your day wisely, if you want to survive the night…

Since the release of 2.9.9.16 you can’t carry around as many bags as you might like, but instead have to equip them to use their particular bag-powers. Personally, I love this feature and the realism it brings to the game, but it also makes handling the bags themselves more cumbersome.

As such, this mod gives you the option to empty out a bag – whether it’s in your inventory, in a container or just lying on the floor. So get cluttering, and be happy.

Project Zomboid offers a lot of recipes, and if you’re as forgetful as me you probably spend more time tabbing between the game and pz-wiki than bashing in heads. Those days are over! Peanuts has updated his Crafthelper Mod to work with the latest PZ version! Huzzah!

The mod shows you all recipes and required items directly in-game. On top of this, it even highlights which recipes you can craft with the items currently in your inventory. It’s a perfectly crafted time-saver, and a ‘must have’ mod to have running.

The first rule of the zombie apocalypse is: “Cardio”. Zombies are slow of course, but we all know how quickly you can end up as a snack if a horde grabs a hold of you. So running away is important.

This, however, can be made tricky when you’re carrying around three bags full of nails, weapons and cement bags. So “Turn Tail” by The_Real_Ai allows you to quickly drop any bag you are carrying by pressing ‘X’. It’s a real lifesaver if you are in a pinch, and definitely a mod to check out.

As the name suggests, Kjulo has added a bunch of shiny new things to Project Zomboid. This not only includes new items but also a bunch of new traits ranging from “Adrenaline” to “Zen”.

Kjulo has also done a great job on the trait icons, which look like they were taken straight from the vanilla game.

Project Zomboid aims to be realistic, so XMod does its utmost to do the opposite. If you ever wanted to play as an over-the-top Kung Fu Monk, instakilling Zombies with a Necromonicum, then this mod is a must-have. It’s still WIP, but the list of ludicrous professions and weapons is already quite impressive.

That’s all for now! I’ll see you for the next report, or maybe on the modding forums or pz-mods.net in the mean-time! Thank you!

Modding | 13 January 2014
Project Zomboid | Copyright © The Indie Stone 2022. All Rights Reserved.
Site by Redwire
Stable Build: 41.78.15 | IWBUMS Beta: 41.78.15 | Version history | Wiki
Follow us
Manage Cookie Consent
To provide the best experience, we use technologies like cookies to store and/or access device information. Consenting to these technologies will allow us to process data such as browsing behaviour or unique IDs on this site. Not consenting or withdrawing consent, may adversely affect certain features and functions.
Manage options Manage services Manage vendors Read more about these purposes
View preferences
{title} {title} {title}