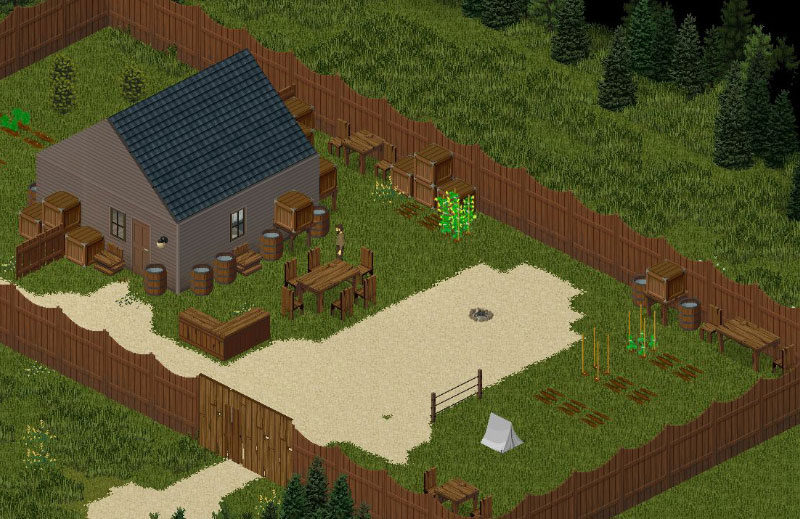 Hello everyone! Just a quick and functional Mondoid this week as the team try to combine a bit of post Steam down-time, with the frantic fixing of post-Steam problems. One day we’ll get to take a proper holiday (an alpha-funders work is never complete!) but until that time comes, we have a new test version (accessible to all via the Steam ‘beta’ tab) and you can read the details of this patch here.

Be wary there are still a few issues we’re trying to fix before we can roll this out to everyone, so please only give the beta a try if you have no problems with trying unofficial builds and the likely higher incidence of bugs. We’ll likely be patching this beta build in the next day or so with the few new issues that have cropped up, before releasing the build proper.

In other news, Mash has been hard at work making some additional items for carpentry. At the moment, there are still a few types of object which don’t start off poor and improve as you level your skills (as the walls do, for example), but instead are immediately flawless. This needed a bit of addressing both visually, and in terms of the stats of the items.

Romain on the other hand, is plodding away making the entire game 100% playable using a controller. This is essential both for playing the game using Steam Big Picture mode and for splitscreen co-op (which is in the process of being de-bugulated), as well as hopefully making the game more playable for those with accessibility issues.

SO, Steam then eh?

Phew! Well, the Steam launch started off a bit shaky but it looks like everything’s worked out reasonably well. We had heard stories about the nosediving effect having a demo can have on sales but we’re really, really glad we stuck to our guns on that one, even if it’s possible we may have lost some sales because of it. Numbers have been strong enough that we’re sorted for continued, and possibly even slightly expanded, development in the New Year. Which is nice. Unless everyone immediately stops buying PZ now. Please don’t do that.

But by crikey, there’s a lot to look forward to in the New Year and beyond. And we, along with everyone else on the planet, are also massively looking forward to DayZ standalone, and huuuuge thanks and love and hugs to Dean Hall for the shout-outs to Zomboid.

Well, that’s what we’re hoping will happen with our forum, anyway. Why not join our lovely community and chime in on some of the fun discussions happening right now?

Share your survival tips  and safehouse locations (the last link is where the header image came from, btw!)

Zombies and bathrooms–what’s with that?

Your most undignified PZ moments

Check out the mods available for playing, or learn how to make your own!

The essential question: Pancakes vs. Waffles, which is the superior breakfast food?

See you next week!