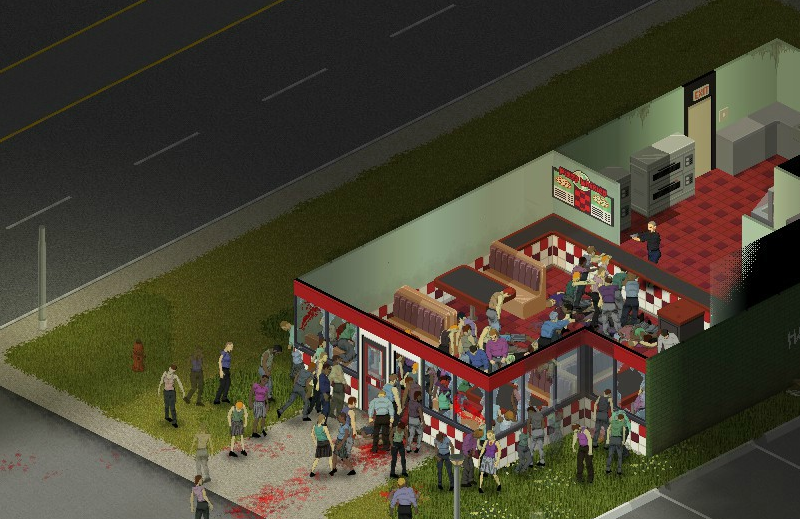 Hi everyone, the briefest of brief Mondoids this week as it’s probably pretty clear what we’re up to!

The Project Zomboid Early Access Weekend went super well, and there’s an awful lot of excited new survivors scurrying around West Point and Muldraugh and dying horribly – which is great news! Our eternal thanks go out to our amazing team of mods who’ve made everything go so smoothly, and to our entire community for their patience and support. Oh, and of course to Mathas, Twiggy and anyone else who streamed the game! Twiggy’s 24 hour Zomboidathon shall go down as a thing of legend…

Clearly, there’s a lot of work to do on optimization and crash bugs that’ve got in the way of some people’s fun, alongside various other important fixes. So smoothening out the build is currently top priority – as soon as we can we’ll be putting out a Steam beta branch with a build that’ll hopefully fix current memory issues.

Another key thing to do right now is figure out a way to gracefully flick the ‘compatibility mode’ switch if people’s hardware is incompatible instead of it just locking up and pulling a grumpy face – which is tricky to do with our Java set up. So keep an eye on the Steam boards for updates as they happen.

Any other news? Well…

That’s probably about it for now. Thanks everyone! You’ve all been ace to us over the past few days! We really appreciate it!

It’s Been A Long Road…