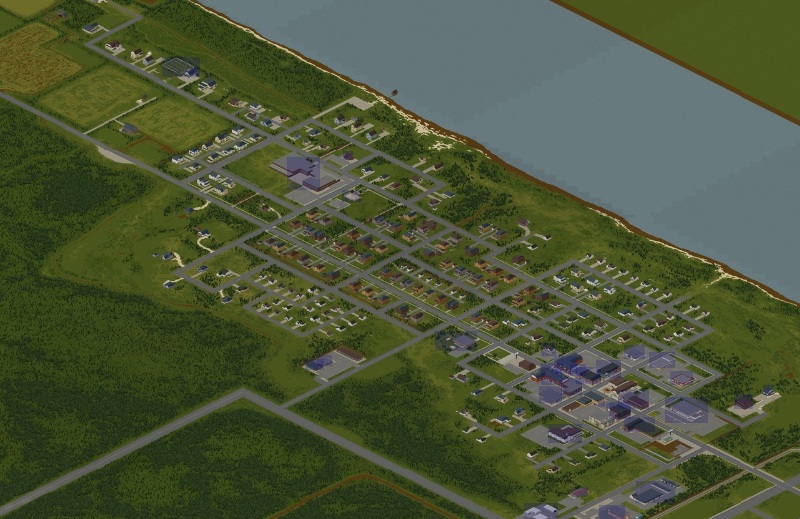 Have you ever wondered what your home town would be like when overrun by the living zed? How about those plans you’ve formulated about escape and survival in your school, street, library or place of work? Well.. with the newly release Project Zomboid mapping tools maybe it’s time to put that fevered imagination of yours to work.

In this past week we’ve released the tools we used to create Muldraugh and West Point to the community, and we can’t help but feel that it’s lit the fuse to a user map explosion in the weeks, months and years to come.

Please be warned that at this point in time there are no guides, tips or example vids for prospective mappers to use [bar Mendonca’s early one here], but the team are on hand to answer questions in the download thread on the forum. It’s likely that initial descents into WorldEd, TileZed and whatnot will be easier in weeks to come when documentation from some of our trusted collaborators will have appeared, but until then – download, map and be happy! Exciting times!

So, what of the next update? Well an initial version of it is currently in internal testing. You can see a list of its fixes (second storey bug, we think/hope, included) in the Upcoming Beta thread on our forum.

As you can see, a lot of this is our newfound team member EasyPickins’ bug witch-hunt: fixing all the deeply buried and long suffered maladies we’ve had with lighting, chunk streaming and various other unrooted snares. He’s also come up with some cool additions, like saved UI positions (no more moving your inventory windows each and every game!

Lemmy, meanwhile, has been working on redeveloping the zombie migration systems and tying it into the fledgling Sadistic AI Director. New security is in place to make sure zombies will never appear in places they could not have gotten to, which simultaneously gives us a lot more freedom to move virtual zombies around the map in response to sounds and other events.

As such alarms and other meta-events (including some new ones in-development) will be a lot more dramatic and dangerous, and scouting around your safehouse regularly and thoroughly will become ever more important.

The Sadistic AI Director (while not always in a sadistic mood, even occasionally taken to being friendly) will soon have more control to guide events to ensure the player has a fair and dramatic experience. It’ll give players a slightly easier time at the start and drive up the drama if nothing has happened in a while, while taking care not to sacrifice the unpredictability and simulation aspects of the game.

Lemz and Binks have also been working together to finish off the 3D model system that we showed off last week as there’s still a bit of a push required to make sure its compatible with all graphics cards and optimized well enough for general release. This is all on top of some, frankly awesome, stuff Lemmy has been working on for a while, that we’re going to be tight-lipped on until we’re good and ready to show it off. (The mystery!) Oh, and Romain is beavering away with fixing gamepad control and some cool new crafting options, as well as a whole  bunch of other stuff listed in the upcoming thread we linked above.

Finally, we’ve been having quite a few issues with our new launcher not working on some people’s machines, and despite it only affecting a minority of people it’s still led to an influx of tech support queries for our moderator team – the exact opposite of what it was intended for!

We have a launcherless version of the game in testing now that we hope to release ASAP, as a demo and full game alike, that should address all these problems. (And in the mean-time Romain is working out a fix.).

We’ll then get straight on adding a non-steam version of the demo, as well as finally updating the Desura version. We know it’s been a long while, but the current version of the game needs replacing as soon as humanly possible – and we want to keep EnigmaGrey, Rath and the crew sane in the mean-time!

Oh, and finally finally – what are you doing on January 25th? Would you like to come to Newcastle for Zomboid-developer man-hugs? (Lady-hugs also available).

Sprite of the Living Dead