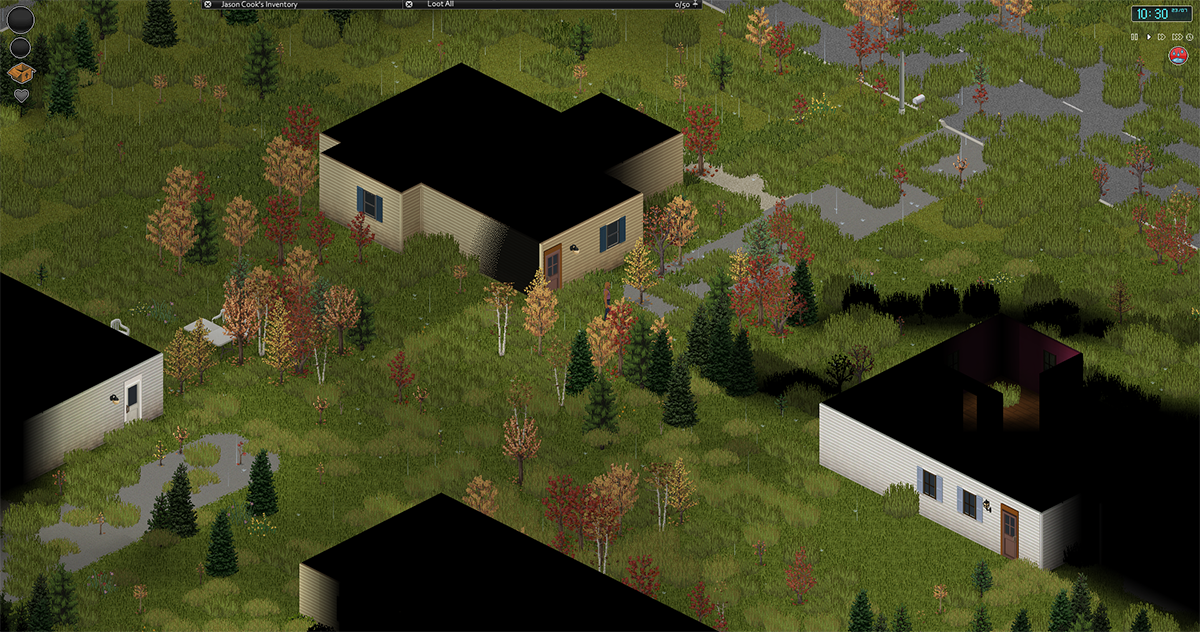 Hello all, so this week we have an announcement to make that we’re sure a few people suspected might happen one day or another. At the moment the PZ team is working with modder extrordinaire TurboTuTone to bring the incredible Erosion mod into the base game!

To those who are not aware of it, the mod is incredible, and simulates the wear and tear of the world over time, with cracks appearing in walls and floors. Grass, vines and trees growing over urban areas as nature reclaims the planet. It also will bring seasons into the game, with snow in the winter, brown trees and grass in autumn, and flowers blooming in summer.

In the process we will be expanding the system, and TurboTuTone has already been working on some awesome new stuff such as soil moisture maps, with Mash drawing new trees, bushes and grasses for the various seasons and map areas!

Here are a few screenshots, please note these are WIP:

The winter will also be getting some love, though we have no screenshots of those yet! Mash intends to do extra stuff such as leaves on the floor for autumn, and grass coming through cracks in concrete and all other good stuff!

So a big big thanks to TurboTuTone for allowing us and helping us bring a more evolving dynamic world to Project Zomboid, and we can’t wait to see what he does in future!

As you may be aware, last week we released a test build of 28 onto the password protected Steam branch I Will Backup My Save, which can be found by following the instructions here.

Easy and Romain have been hammering away at a bunch of fixes to the most commonly encountered issues in the test build, and we’re planning on shipping it out to official soon. There may be another hotfix to the IWBUMS branch before that happened, but fingers crossed it won’t be long now!

Work on the map, vehicles and NPCs continues apace, nothing specific to report except as to say they are going very well!

Be sure to check the upcoming version post and subscribe to our newsletter to be sure you won’t miss anything!

The Secret of Mapa