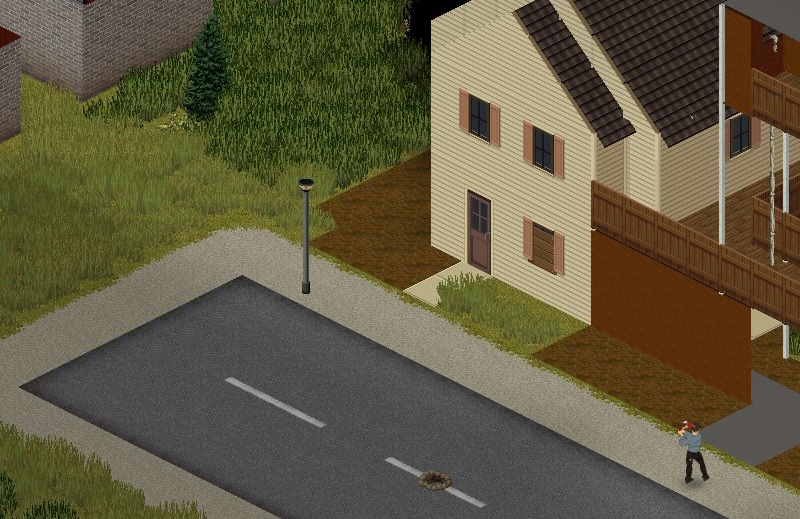 With the release of Build 28.3 comes the inevitable: the dramatic climb towards Build 29! Lovely Romain ‘RJ’ Dron has just posted up primary details of what’s currently in the can on the forum, but because we love to add to his workload we pressed him for a few added Mondoid explanations.

“My first idea was to help people playing in multiplayer to survive when all houses had been looted, but it turned out to be something great for people playing solo who want to head out into the forest. Scavenging basically lets you plunder the woods for mighty loot like branches, stones, berries, mushrooms and delicious insects. Then, from these, you’ll be able to craft new stuff that’ll go all the way from stone axes – to really strong log walls.”

“Scavenging won’t be unlimited, and it definitely won’t be overpowered. It’s basically there to help you in your first days, or maybe months. Once you’ve looted a forest zone, you’ll have to move on to another to do further scavenging – and wait for the previous one to replenish. Seeing as it’s a new skill, too, better scavengers will be able to get better loot and in greater quantities. Are you ready to eat a handful of bugs? I’m not…”

“I’ve also been working on a little melee skills revamp, which will provide new skills to help you face the horde (and/or dragons). Blunt and blade will each have three subsidiary skills – Accuracy, Guard and Maintenance. Accuracy will influence hit chance and damage, Guard will help you avoid scratches while you’re wielding the weapon and Maintenance will reduce the rate at which your weapon loses condition. And nope, Spiffo plushies aren’t weapons.”

Thanks Romain! Now another interesting item of note, for this easily scared survivor at least, is that your character’s panic levels will decrease faster if you have survived for a while. This means that, as a lot of players have indicated to us in the past, your character will get used to the threat of zombies and behave as such – but will still get those moments of jump scare dread.

Oh and, last but not least, we’ve got the first batch of NJ’s new sounds going into the build. At the time of writing there are 74 new sound effects in-game. There are ambient sounds – distant screams, dogs barking and owls hooting at night. There are cool new crafting noises of logs being sawn, duct tape being stretched and food being chopped. There are new foot-step sounds. There are… well we’ll keep the rest as surprises for you to listen out for.

As work progresses RJ [God, how many people do stuff on this game that are called ‘Something-J?] will be building another extraordinarily French video to show off and explain the new Build, and then the usual parade of internal testing, IWBUMS testing and full release can take place.

In the background, meanwhile, the tricky Steamworks integration is still being worked on – alongside Will’s work on initial radio/TV broadcasts, erosion integration and everything else we’ve been yabbering about recently. Oh, and we’re meeting with our Animator friend tomorrow too, so hopefully the pipeline to the new animations will be connected fairly soon™. It’s all go, basically.

Thanks all. Be excellent to each other.