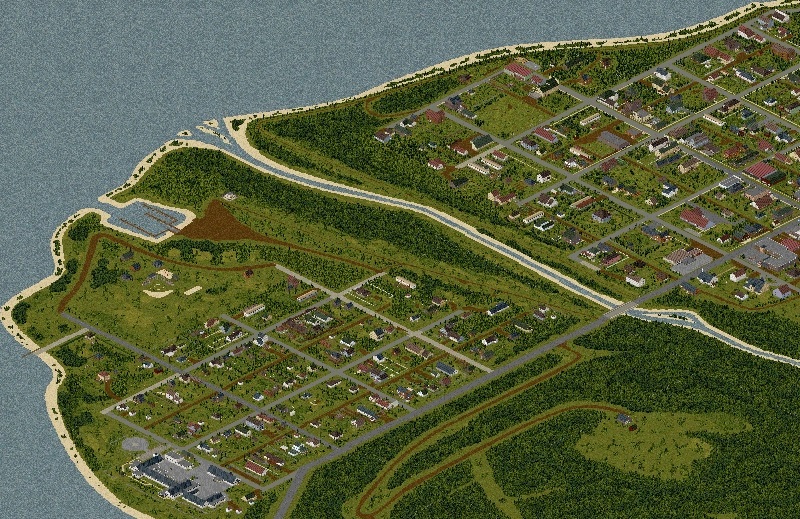 If you’re a part of the Project Zomboid community you can’t help to have been blown away by the recent sudden appearance of Xeonyx’s stunningly realised map of his hometown of New Denver in British Columbia, Canada. It’s an epic achievement, and its story a very moving one, so we hope you don’t mind us taking up a bit of your time and turning the spotlight onto its creator – Jamie Magnuson.

So where did you first come across Project Zomboid? What’s your history with it?

I originally found Project Zomboid several months before the first version was released. Right off the bat I knew I was hooked. Once it was out, I didn’t actually have a computer that could play it so I had to go to my cousin’s place and use his computer. At that time I worked on a map I called Mica, on the un-updated editor, which came complete with its own prison and trailer park. It may not be playable in the updated version of Zomboid, but it was a learning experience.

What’s New Denver like as a place to live?

New Denver is a beautiful place to live. The summers are hot, great for swimming or mountain-biking, while the winters are mild. We actually had 3 feet of snow dumped on us a couple nights ago, the majority of the town was trapped in our driveways, and even the snowplow went off the road by my house. Other than that though, the view is astounding here and at night the stars shine bright like we’re living in a desert.

Why did you decide to recreate New Denver in Project Zomboid?

Originally a friend and I, several years ago, wanted to make a Half-Life 2 mod with New Denver as the map. Naturally, we were biting off way more than we could chew and thus the project fell through!

The desire to recreate the town in a game never went away for me though. One of the reasons being that if you walk around town at night it becomes empty, quiet, and dark. Like a ghost town. I originally started working on New Denver as a test to see if it was possible to do and, needless to say, I never really stopped “testing”. [PZ dev note: Click the following image to check out the scale of his creation!]

Does anyone else from the town know what you’ve created? Are they impressed?

My friends and a few people here know about it and have backed me 100% of the way. One of my friends’ parents own the local newspaper service and I’m going to have an interview with them eventually. But I’m generally a quiet kind of person.

How accurate is the map? Is your own home on the map, or anywhere that you hang out? How about your school?

In recreating New Denver, I made sure to make it as accurate as possible, using Google Earth, local pictures, going to the different areas around town, and even using my memory from growing up here.  I tried to duplicate the interiors as best as I could, like with the school, but in real life the building slopes gently towards the lake, so there’s a second story in reality. Aside than that, my house is in the map, and it is a spawn point!

How long did the project take you? Did you have any idea what sort of epic task it would become?

The overall construction of the town took approximately 11 months, off and on, to create. At first the construction was easy: I finished a cell within a couple of weeks and I thought that I’d get it complete in a mere couple months.

After that time I had started on the third cell… that’s when I realized it was going to take a lot longer than I anticipated. At the same time I had already done too much to quit then, so I was kind of caught between a rock and a crazy place!

What are your own tactics when playing the map? Where do you hold up?

The first thing I do is decide which place to fortify based on my start location:

Afterwards I get a firearm and go around the outside of my safehouse, shooting rounds to draw the zombies towards me, and away from my house down the street. After that, I double back in a large circle so the zombies lose interest as go back to my (now safer) safehouse.

Are there any little incidental details in the map that only a New Denver resident would notice?

One of the main details to be added is a blinking red and yellow stoplight above the Main Street intersection, but others that I still would like to do is put in signs for the businesses based off of their real names. So that would be Berryhill Foods, Shangri-La Inn, or Loki’s Pub. Locals would know which stores I’m talking about!

I think that the Project Zomboid community as a whole has been very moved by your decision to dedicate the New Denver map to the memory of some of your friends – Skye Donnet, Jule Wiltshire-Padfield, Hayden Kyle and Lily Harmer-Taylor. If you don’t mind, could you possibly talk us through that decision, and the events leading up to it?

Before May I was still working on the map, just nowhere near as much. When I was working on it, my friends would see the work I did and were just as excited as me.

I don’t really remember too much of May 9th in particular, because of a catatonia, but within the next couple of days I knew I had to dedicate the map to them – to carve their names into the cyber stone if you will.

It took me a few weeks to start working on the map again, but when I did, the thought of my friends kept me motivated to continue, that and constantly telling myself “When the map is finished, not if.”

What do you think is next? Are you all mapped out now, or will you have other projects in future?

At the moment I’m going to continue updating and fixing up New Denver, but I do have some ideas for the future. One is an expansion to New Denver, another is a desert themed town… but I’m not quite sure yet. I may try to join a map project that’s already on the go.

After doing New Denver, I’ve learned to love the process of creating the buildings in-game. You can and will expect more from me soon enough!

Is there anything else that you’d like to tell the Project Zomboid community? You have the mic!

Thanks again to everybody for their condolences and support following the release of the map, and remember this mantra when your working on your own projects: “It’s not if your map gets released, it’s when it gets released.”

Also, come to New Denver and retrace some of those steps you did in Zomboid, how many times can you say you`ve done that!?

If you’d like to play Jamie’s New Denver map then check out his thread on the forum, while it’s also now a part of Blindcoder’s Map Project  and if YouTube is your poison then check out the time that Man Bear Pig explored this amazing part of British Columbia.

Modding | 20 July 2015
Project Zomboid | Copyright © The Indie Stone 2023. All Rights Reserved.
Site by Redwire
Stable Build: 41.78.16 | IWBUMS Beta: 41.78.16 | Version history | Wiki
Follow us
Manage Cookie Consent
To provide the best experience, we use technologies like cookies to store and/or access device information. Consenting to these technologies will allow us to process data such as browsing behaviour or unique IDs on this site. Not consenting or withdrawing consent, may adversely affect certain features and functions.
Manage options Manage services Manage vendors Read more about these purposes
View preferences
{title} {title} {title}