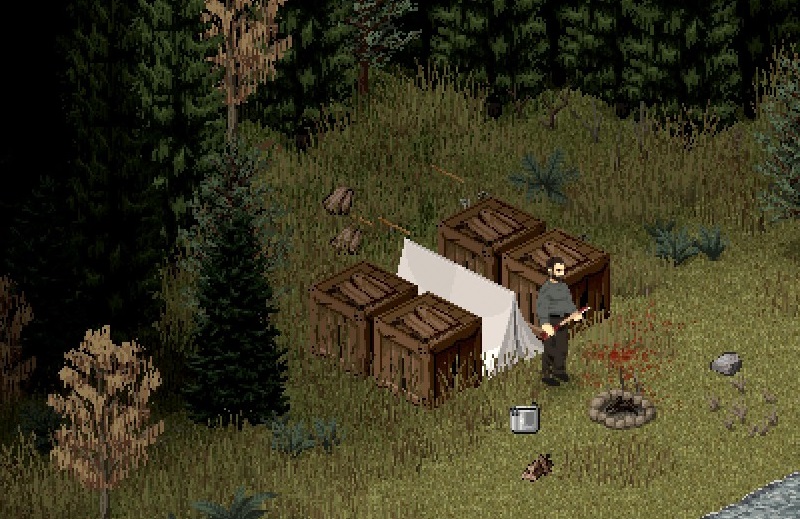 Top of the Mondoid to you all. It’s Build 33 fun and games today, followed by a quick service announcement. Let’s cut straight to the quick…

One of the fun things in game development is how work on one area of the game bleeds into entirely unexpected ones. In this instance, work on Creative Mode has produced something rather like something that’s a regular player request.

You see, after our initial tests we discovered that the isometric perspective makes some of the more precise tasks in Creative Mode a little bit difficult – particularly in placing buildings and it potentially being unclear if it is going to fit the space allowed for it. As such: top down minimap!

[Now, clearly, this doesn’t mean that there’s going to be a map function for SP and MP in Build 33 – and when it does it will look and work in a way more appropriate for the game to boot. Thanks to Creative Mode, however, it’s already being made to work under the hood – or ‘bonnet’ if you’re a cool English person.]

In Creative Mode we’ve now got a complete parity between tool behaviour in the game map and the minimap. This means you can draw tiles, rooms, place buildings, copy and paste, and every other tool directly from the minimap. It’s only really possible to display floor tiles in the map, ripped from the isometric into flat perspective via code, but it grants you much more precision when dealing with placement of rooms, copy and pasting floor pieces and all that cartographical jazz.

Another new feature is that players are now able to teleport to any position on the map at a moment’s notice – which will let you and your friends move between building projects, or to quickly get to places on the Zomboid map (or community map) that features buildings you’d like to copy and paste.

One of RJ’s many missions for Build 33 is the creation of a new Botanist trait. This will give you the ability to find medicinal herbs while foraging, and also let you craft remedies and poultices from ingredients found in the natural world. So there’ll be small healing and endurance boosts, natural ways to reduce the agonies of food poisoning and various other non-pharmaceutical boosts.

On the flip-side, a Botanist will also know how to spot a poisonous berry or mushroom. It’s not just the White Berries that could be dangerous in Build 33, and all Average Joe will see is ‘Unidentified Berry’ and ‘Unidentified Mushroom’. As such it’ll take learning or the Botanist Trait to determine what sort of foraged foodstuff has been found, and also what it could potentially do to damage your insides.

Turbo is doing all manner of cool stuff – working out UI, channel packages, wavelength ranges, preset channels and just how Walkie Talkies and HAM radio will function. He brings you a video in tribute, but please excuse the debug presentation – and also please note that UI and menus will be streamlined before and during the internal testing process.

Were you someone who bought the Fanboy edition on Desura back in the day? If so, please visit this page and send us a mail as we need a way to keep track of you. Thank you!

This week’s featured image is from TheGuy821 over on Steam. Does anyone ever actually read this bit of Mondoid? I guess the only way I’d ever know would be through a sudden influx of activity on the PZWiki as a result of my role as a block of italicised, central text. What’s more, maybe I’d notice a sudden surge in interest in the email subscription service offered for Mondoids, build releases, changelists and other big news. Sigh. It’s tough being a weekly block of information-providing reading matter sometimes. If I’d worked harder at school then maybe I’d be a Headline or an Introductory Paragraph by now. Sometimes I wonder if Mom was right all along.