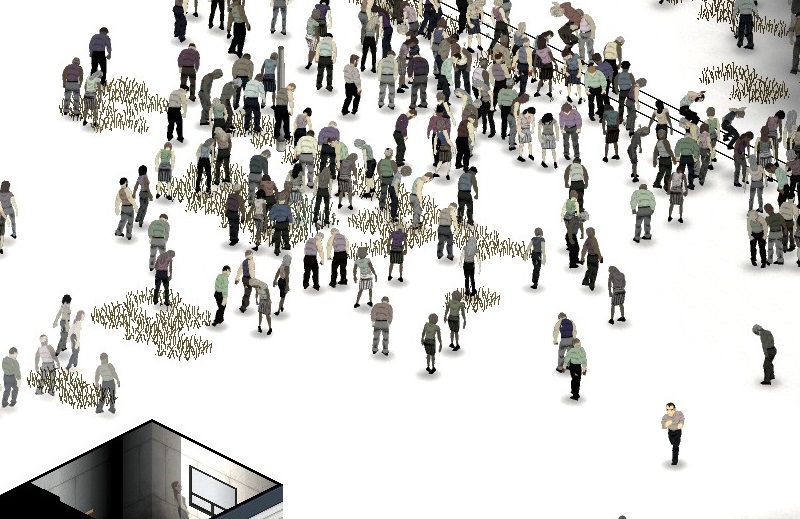 Tis the season for a snowy zombie screenshot and a variety of seasonal undead greetings.

We’re currently running our IWBUMS beta test for Build 33 (details on how to join here) and have a fair amount stacked up in terms of fixes, tweaks and balance but will most likely wait until after Christmas to release 33.10 now. It’s generally best to have everyone at their keyboards to deal with unexpected build gremlins, and with Christmas imminent that’s getting trickier.

TUESDOID EDIT: Ignore what we just said, Build 33.10 is out now! We thought you’d probably like to be playing with its fixes over Christmas.

Once we’re on the exit trajectory from enforced family time, however, then we’ll see work like EasyPickins’ game and gameplay bug squashes, some cool Turbo stuff we’ll discuss at a later time and good old RJ tuning up the rain and fire sounds. Rain will vary in intensity more, you’ll hear different levels of wind, while instead of a general ‘fireplace’ noise the sound of fire will build and become more intense dependent on how much fiery death is surrounding you. There’s also a fair bit of solitude-suggesting reverb being fiddled with, while RJ intends to play around with temporary deafness after loud gunshots when he gets back from Christmas too.

Elsewhere we’ve also had a lot of good progress with Creative Mode, and more besides, that we can’t wait to talk about in the New Year. Have a great one everybody!

This week’s featured image from MysteriO over on Steam. The Block of Italicised Text, would like to direct your attention to the PZ Wiki should you feel like editing or amending something, and the PZ Mailing List that can send blogs like this and patch notes direct to your mailbox. It also wishes you a Merry Christmas, and asks that you have a great New Year.