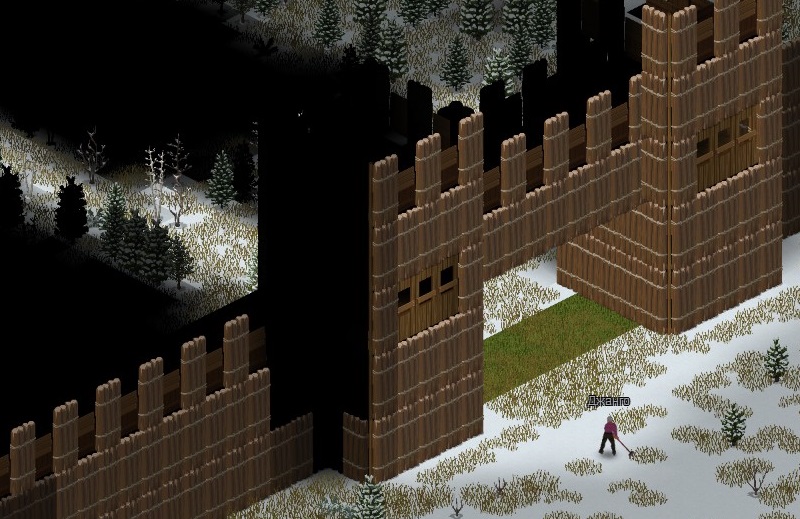 Happy Mondoid everyone. Let’s dive in…

We recently pushed the fixes and niceness of Builds 33.15, 33.16, 33.17, 33.18 and the 33.19 mini-fix out of the hands of our public testers and into the mitts of the player-base at large. Amidst a lot of other stuff there’s tweaks like the contents of bags left on the ground appearing in your loot window, sound fixes, zed visibility through glass doors, translations and a major fix of a bug that means that bleeding to death will be a lot more of an issue for injured surviviors from now on.

Going into IWBUMS public testing now, meanwhile, is 33.20 – a bundle of further EP and RJ work. This predominantly covers community translation work and some UI and tooltip word polish, but also adds the ability for players to dig with their bare hands (despite risks of hand damage) if they are desperate to start farming and don’t have the necessary equipment. Given a fair wind this will likely be pushed into Build 33’s final form towards the end of the week.

The Return of General Arcade

Time for an update from our gallant friends Serge and Gennadii, who are currently on a quest to make the Project Zomboid MP experience a more pleasant one to set out upon while we beaver away at the main game’s systems. So, over to Gennadii!

“Hello! I’m here to tell you what we’ve been working on for the last two months! It’s already quite impressive just how many people are running PZ servers, with many of them launching servers from their PCs for their friends. And, in short, we’re here to make those peoples’ lives a bit easier! We’ve just submitted our first test build to TIS, so we’re not final just yet, but this is what we’ve covering. Apologies if it gets technical!”

“First of all: UPnP support. We want people to forget about port forwarding for PZ server on your router: instead just make sure UPnP is enabled and watch the magic happen. Secondly, we’ve changed map downloading implementation from Java sockets API to native Raknet API, this will make downloading more robust and also eliminate one extra open port. (You can thank me later!)”

“The most important feature, however, is co-op play. This feature aims to get you playing PZ online with friends right from the game UI without messing with config files and console. We want it to be perfect for short playing sessions with friends. We’ve still got testing and tweaking to go, but all-in-all it’s looking really good!”

“I also want to add in a word about Project Zomboid itself.” [Mondoid writer’s note: Gennadii has not been paid to say this, and we only include it as he says nice things about you, the reader, too :P] “We’ve worked on dozens of indie projects it’s always great to find Zomboid’s code base very solid to work with. Contributors know what they are doing and they don’t afraid to refactor the code, which helps maintain the code in a good shape.”

“BUT! What’s more important is the community. Some Early Access games suffer from a toxic environment and, of course, that does reflect on a game itself. Since we began on PZ, however, we were amazed at how friendly the Project Zomboid community is. It’s just another reason why General Arcade is very happy to work on Project Zomboid for all its survivors.”

Now over to France for the latest on RJ’s plans for a full nutrition system to lie beneath your frantic chip over-eating survival habits.

“As you may know I’m working on the nutrition system, so what does it involve? Alongside my coding I’m doing a lot of research on how it all works, and how best to balance the system.”

“Right now I’m dealing with variables like Carbohydrates, Proteins, Lipids and Calories, although just how much will be directly shown to the player remains to be seen. The plan is, however, that if you only ever eat junk food (chips, soda, candy…) then you could start lacking protein or be taking in too many carbohydrates. Likewise it’ll cause issues if you’re only ever eating one or two varieties of fruit and vegetables from your garden.”

“Clearly none of this will kill you, but could add some bad effects for your character if you regularly survive for extended periods. Less endurance, loss of strength, getting more and more tired even after a good night of sleep… that sort of thing. We’re currently debating how all this will be conveyed to the player, but my own thought is that in real life it’s hard to tell if you’re lacking in something – so if you find yourself getting tired faster than usual then you should think about nutrition and maaaybe it’s time to go fishing or trapping to get some extra protein.”

“I’d also like to tie in the player’s mood a bit more tightly to the system – so endlessly eating the same stuff depresses you, and as with the rest of the game that impacts on timed actions. Likewise there’ll most likely be a Nutritionist profession. More on both in a later Mondoid perhaps!”

This week’s featured image by erm… ‘Dildo~Baggins’ over on Steam. Crikey, that’s a bit NSFW for a Mondoid. Apologies if that made anyone faint or made any bow-ties start spinning. The Block of Italicised Text would like to direct your attention to the PZ Wiki should you feel like editing or amending something, and the PZ Mailing List that can send blogs like this and patch notes direct to your mailbox. Oh, and we live in Twitter here! Speaking of…