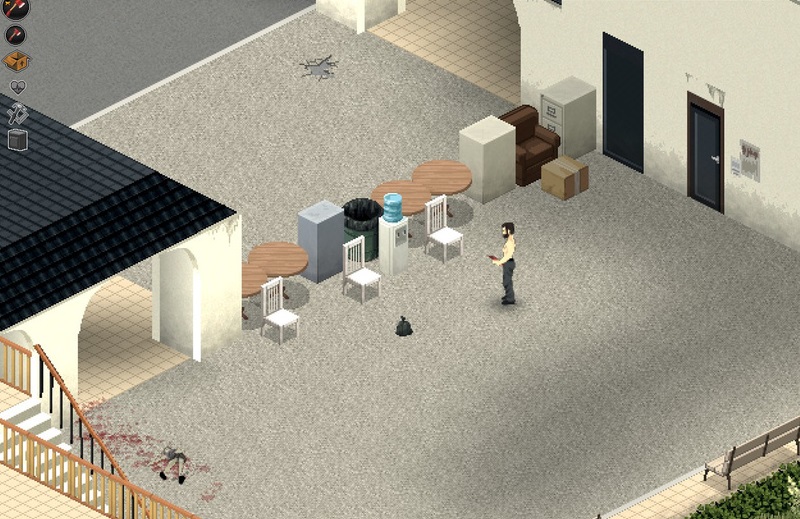 Short, sharp Mondoid this week as everyone cracks on with their own features for upcoming builds. There may well be further minor updates to Build 33, but attention is now primarily directed towards what comes next, Creative Mode and all the other stuff in the pipeline.

Turbo, for example,  is currently updating our internal WordZed tool to be more like its Excel foundations and so that it keeps track of changes to individual lines – this will mean that Radio/TV modding and community translations will be far, far easier to get into the game. EasyPickins, meanwhile, is starting to integrate the final fruits of resident Artist Mash’s Secret Mission. More upon which at a later date.

RJ has finished his research and is now coding the new nutrition system into the mainframe. Once he has something in and working it’ll then be released in a separate beta branch on Steam as we’ll need to track hardcore player activity to see how it all impacts on the late game and we can collate general feedback.

Something that’s important to underline with all this is that, although underneath the bonnet the game will be keeping track of nutritional intake, we do not intend to get all micro-managey on you.

The intention of this system to start to introduce a fear of starving in the late-game, and somewhat to reward players with varied food stocks and cooking habits with emotional and minor physical bonuses over time. It’ll be available as a Sandbox option, but will be tied to the game’s more hardcore modes like Survival.

The game will keep track of carbohydrates, lipids and proteins – but you’ll only come across real problems if you’re living on poor quality food or a limited variety. Say, for example, you’re getting by through eating 2-3 things at your farm – perhaps you’d now consider going fishing, trapping etc.

Calories will also be important though, simply because characters in PZ are so active. I’m working towards making the current food system more realistic, and it’s my job to make it feel natural and common sense, but at the same time if you want to keep track of exactly what’s going on then it’ll be visible via the Nutritionist trait or Fitness Instructor profession.

This is all going in alongside rebalanced hunger reductions, new foods, new food crafting recipes and indications of whether your character is growing fat or skinny – so you’re nudged to change your diet in plenty of time without you poring over packaging labels. Characters with big weight gains will eventually run more slowly and get exhausted more quickly, while skinnier characters will also get tired out – and have less strength to fight off the zeds.

We’ve fed back to the guys at General Arcade who are now feverishly attacking remaining bugs in the new easy access server creation and player-invite co-op niceties. Once they’ve tackled the gremlins in the system and made a final delivery we’ll need to make a few UI tweaks, and then the usual pattern of internal testing and a likely IWBUMS will ensue.

Who wrote this bit? Seriously? It’s not been, “Good Old Games” for years! It’s GOG, man, GOG. Gee-Oh-Gee. Honestly, we’ve been on there for four days and already we’re breaking their style guide – Ed

A quick flag of the fact that Project Zomboid is now available on GOG, a fact we’re very proud of as we’re massive fans of the service and what it stands for. You can read some thoughts on this here, and find our little corner of the whole shebang here.