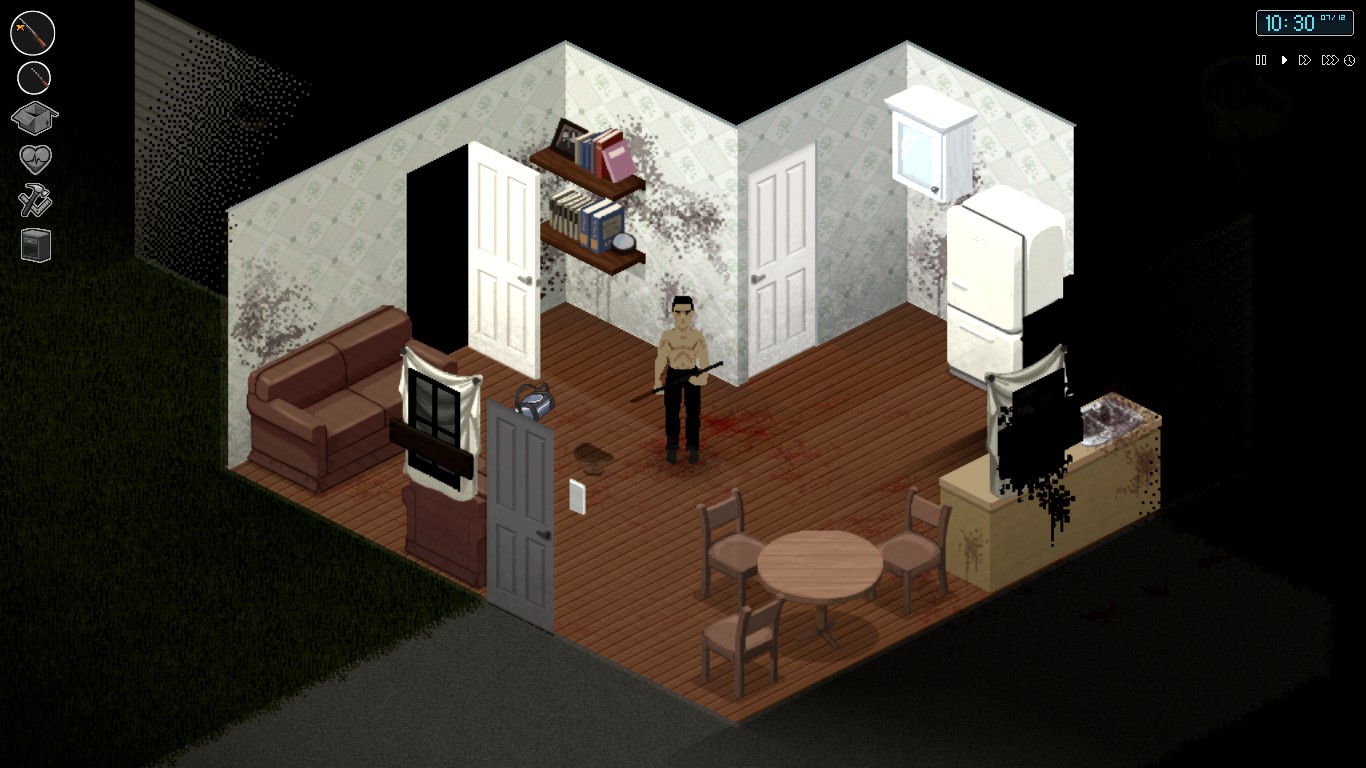 Ladies and gentleman, boys and girls, zomboys and zombettes… Build 34 is now open for general consumption on Steam! (note: this version will be uploaded to GOG once we’re sure there are no unexpected bugs–probably in the next few days).

Highlights include the 2x ‘Secret Mission’ that has seen every single tile in the game redone by hand at twice the resolution, and the ‘Easy PZ Co-op’ feature that via networking magic will let you conjure your friends into your game with a fraction of the faff you previously experienced. For a neat FAQ on the latter, visit this here thread. Many thanks to the guys at General Arcade and our own EP for all their amazing work on this!

The new food system is also in there (freezers, new foodstuffs, recipes etc) but the actual Nutrition component of it has to be activated in sandbox settings. Although player feedback has shown us we’re on the right track with our food tracking system, it isn’t quite there yet in terms of polish. As such you can expect a Metalwork/Nutrition ‘RJ Special’ IWBUMS public test in coming weeks – which will then either be released as their own build or (if timings fit) as a part of our the animation/backpacks/clothing/combat update, that will itself be the stepping stone to our next big features.

If you’ve been away for a bit, here’s what ‘2x’ looks like compared to the previous version:

For full details on what’s in Build 34 you can read-up on what’s under the hood, including the improved new lighting system and co-op sleeping, in the release notes.

As always the sheer number of extra systems that live in the world beyond our IWBUMS testers might throw up issues, in which case our bug tracker lives here.

This week’s featured image by Garvel Locan on Steam. The Centralized Block of Italicised Text would like to direct your attention to the PZ Wiki should you feel like editing or amending something, and the PZ Mailing List that can send blogs like this and patch notes direct to your mailbox. We also live on Twitter right here! Okay thanks bye! Oh, but finally. What on EARTH is going on here?