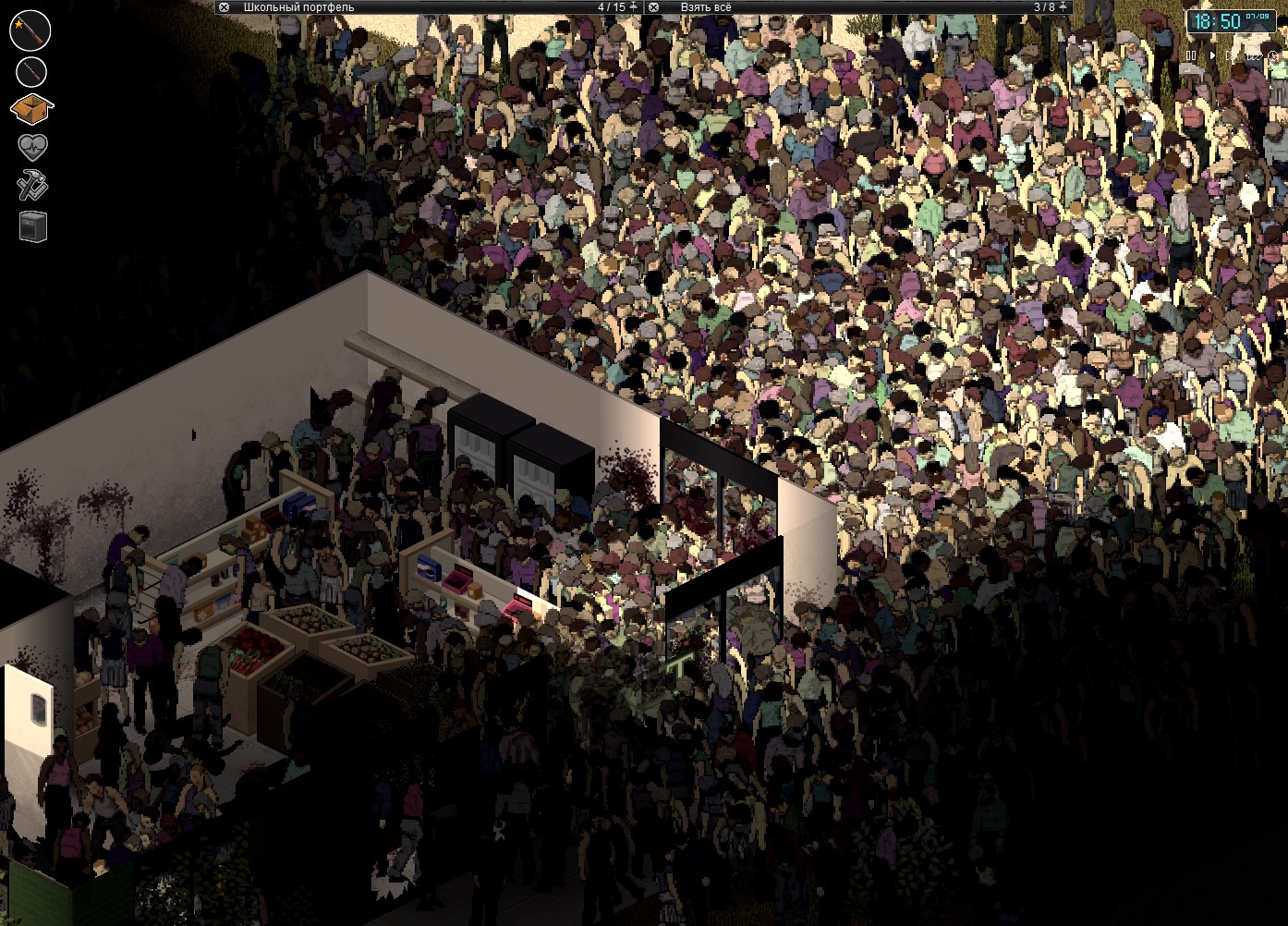 One big factor we’re wanting to nail with the clothing update is variety and customization. With the new overlay system it allows us to do some funky stuff to vastly increase the variety in clothing with little cost.

Bear in mind that the logos shown are temporary and just present for a lowly art challenged programmer to test the system, and we’ll likely be getting less Spiffo / TIS / Romain-centric logos in the final version. Also some of the colours picked by the system are a little clashy at the moment as the system hasn’t had colour-complementary fashion sense programmed into its synapses.

With just a few templates at present that will no doubt expand before release, we can already composite them together in different combinations to allow for a multitude of designs and patterns for t-shirts, tracksuits, coats or any other item of clothing. Along with decal logos and the like, of which one thing we’d love to do is allow these textures to be transmitted to servers in multiplayer games, allowing players to take their own clothing designs with their characters to add some extra identity (and also give people some unique things to pick up off their dead corpses, as well as making their zombie selves more instantly identifiable in the event of them turning). However it’s unlikely that this feature would make it into the initial version since we already have plenty on our plate getting the new animation system and clothing update ready for launch.

Meanwhile, RJ has been finishing off the welding system within the metalworking overhaul, although the smelting aspect of the metalworking build is still getting a lot of discussion and it’s not clear if the smelting will make it into the next version, as the system is constantly under debate and scrutiny from the team to make sure we avoid the game becoming too unrealistic and ‘Minecrafty’–which was something a lot of our community were concerned about previously, and this is a concern we take seriously.

In addition to the welding, RJ has been working on new sleeping events and balances detailed in previous Mondoids, and it is now sat in closed testing alongside Tim and Mash’s awesome new jumbo trees and numerous other fixes and balances. Nutrition has also been changed a bit, specifically balancing to have a more linear progression of the weight gain/loss instead of steps depending on your weight trait (obese, skinny etc) which should help balance out the system to the point that it could be activated for Survival mode. We’re getting feedback from a few testers and fixing any of the more serious issues that crop up before it could potentially see the wider world outside in IWBUMs.

Once released to IWBUMs it will likely remain in there for a while until animation update is ready to join the features already there, or if it feels stable soon after we’ll push it out to everyone and start a new IWBUMs for the anims. Whichever comes first.

Elsewhere in Zomboidland, Turbo is working on a catch all system for handling multimedia recordings for stuff like hi-fis, videos, arcades, tape recorders and possibly computers. This will be able to tie into the overhaul he’s currently doing to the entertainment and boredom systems in the game, as well as giving us a lot of options to extend the lore in the game, and plenty of fun opportunities for players in multiplayer to leave or transmit looped recordings for others to find. This is something we hope to integrate into the VOIP system when that lands, but of course lots of consideration will be needed into how the data from this will be managed and how much of a strain this could pose to servers, so we’ll need to see where we stand on that when the time comes.

This week’s featured image by Легенда on that there Steam. The Centralized Block of Italicised Text would like to direct your attention to the PZ Wiki should you feel like editing or amending something, and the PZ Mailing List that can send blogs like this and patch notes direct to your mailbox. We also live on Twitter right here! Okay thanks bye!