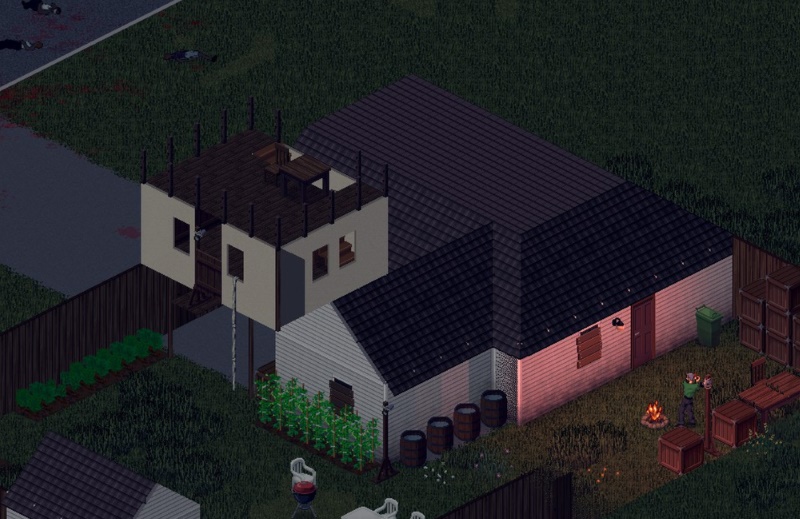 Hey all, hope you’re good and that US folk enjoyed their thanks-giving.

As discussed last week, we’re currently polishing the current IWBUMS public beta build of PZ’s Build 35 to a point at which it’s at release quality – and we should be releasing a new test version mid-week. Overall there’s a bunch of new/updated features in 35 at the moment that feel ready to get out into the wider community. It seems daft to keep it all in IWBUMS beta, and anything additional put in will only add to the inevitable bug cascade for RJ after the public release.

To this end, we need to stress-test both the new VOIP functions and the full set of MP improvements like the extended Admin powers and Factions. So… if you’re a server admin, a habitual PZ player online or just someone with a spare evening who fancies some desperate survival: you are cordially invited to ‘The Great Big Build 35 IWBUMS MP Megatest’ at 5pm GMT this Thursday 1st December.

This will carry on for as long as people want to play, and will have fun activities like clearing Rosewood Prison of the zed horde en-masse over VOIP, and a climactic Last Man Standing competition. There’ll also be PZ codes given out as prizes, and we’ll get a few devs and community people online too. (Just be warned that, by its very nature, this will be still be a test version so a few bumps in the road are to be expected.)

The details will be found here, and as always information on how to download the public beta build can be found here.

Work on recoding Stormy’s ‘reloading’ mod is now complete, and we’re now running through PZ’s MP side to make sure our online and co-op components are all correctly synced up with the new animation system.  Since it’s the animations themselves that now drive the states of survivor and zombie characters it could cause issues if they differ even slightly between servers and the clients talking to them. We need to make sure that all state changes (Bitten! Hit! Shot! Burnt! Bleached!) are synchronised, to keep the visuals and logic of the game consistent between clients no matter what precise animation frame you might be seeing yourself.

While we’re in there, meanwhile, we’re making a few improvements to make the overall system better suited for the weapon mods we’re hoping will be unleashed by the overall combat/anims/models update. As such we’re working on getting the swing, hit and reaction animations for the combat working from the easily accessed items.txt script files, instead of them being hard coded deep within the game files.

This will allow the new regime to play nicely with both modded weapons and items alike, and should allow plenty of cool new stuff to spring up on the Workshop.

Work on the new areas of the map (playable in the current IWBUMS beta) is continuing with a bit of life being added between the new towns of Rosewood and March Ridge in terms of farms, isolated homes, smaller roads and general rural buildings.

This will make the journey between the Rosewood spawn point and March Ridge a more varied and pleasant one, with a few more places to rest overnight. The following is a WIP image of that coming to fruition. Rosewood can be seen to the top of the image, and March Ridge at the bottom.

One extra thing we think we can sneak into Build 35, as bugs will fall on Turbo’s shoulders, is an update to the movable items system. Currently any furniture that’s larger than a tile can’t be picked up and carried – so with this we’re talking about items like beds, tables and arcade cabinets.

In the new system, however, players with the relevant tools and skills will be able to deconstruct these into specific (heavy) kit parts. These must then be carried to their eventual destination, most likely piece by piece. Some of this work has already been done code-wise, so it should go into the build fairly soon.

Looking forward to Build 36, in the next version we’ll be introducing specific characters you can spawn as – each with individual start locations, back-stories, inventories and characteristics. Our initial intent of this will be to make it less like people you’re playing as have just materialised five days into a full zombie apocalypse, but clearly will also fall neatly into line with our plans for survivor radio voices and other key features that we need for version 1.0.

With this in mind, then, seeing as we need a selection of new archetypes from all over Zomboid’s character creation it would be really handy to know what the favoured character build from our players is. In fact, this would just be good to know for us in general – as we don’t have any of the Big Brother telemetry systems that big publisher games have at their command!

As such, if you fancy helping us out, then please give us some examples of your favourite skill/trait/profession load-outs in the following thread. What doesn’t appear in peoples’ submissions will likely help us just as much as what does. Many thanks!

This week’s featured image from Muscular Beaver. The Centralized Block of Italicised Text would like to direct your attention to the PZ Wiki should you feel like editing or amending something, and the PZ Mailing List that can send blogs like this and patch notes direct to your mailbox. We also live on Twitter right here! Our Discord is now open for chat and hijinks too. A general overview of the content of PZ builds past, in testing and upcoming can now be found here. Oh and hey, if you think we’re half okay then there’s this Steam Game Award thing still happening. We haven’t got a hope in hell of getting anything, but still…