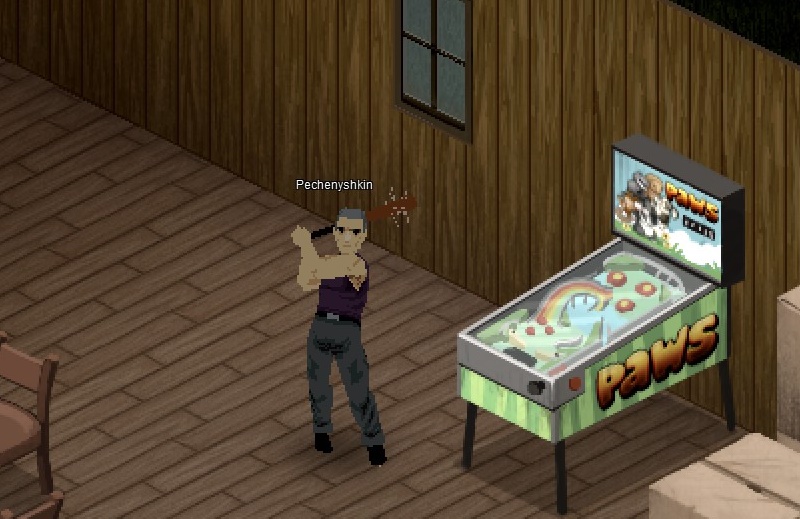 We released Build 35 four days ago, and it’s been awesome seeing folk running around and trying it out. If you missed the changelog then you can find the highlights of it here.

Clearly a fairly big proportion of this week is now making sure that we tackle the various bugs and issues discovered by the substantially increased numbers of people playing the new beta-turned-public version.

To this end we released 35.26 on Friday, and have today with the help of General Arcade addressed issues hampering survivor activity on certain Linux set-ups. It looks like we still might need to address issues with the new TransactionID system in MP too, alongside other bugs reported in the PZ Tracker.

We don’t want to update the main public build with fixes until we’re sure they’re watertight, however, so will be released 35.27 as a public IWBUMS beta in the coming days. Once everything is fixed up we will update non-Steam download services and move onto Build 36.

As a little bonus we will be including Turbo’s recent work on movable multi-tile items so it’s all playable in the  IWBUMS beta – specifically the ability to deconstruct large furniture and move them around in partial kit form. We’ve already covered this in a Mondoid but here’s the video of it in motion again:

Blindcoder anticipates that the new areas of Rosewood, March Point, the Rosewood Prison complex and all the rural areas in-between will be a part of the main Project Zomboid Mapping Project next week. Updates to the PZ online map require a lot of time and processing power, due to the vastness and detail of what’s being hosted.

Until then there’s a good annotated map on the TIS forum, while the recent release of our CartoZed tool  means that there are now handy ‘standard’ maps available for your viewing pleasure. Rosewood is NW, March Ridge is SE.

A full cartographic look at the full current PZ map, meanwhile, can be found here – and here also if you’d prefer a more isometric version. CartoZed essentially uses the details from our map files to create NESW maps of whatever we choose – roads, buildings, electrical items, bodies of water etc.

In the New Year we intend to start working on an in-game lootable map system, but clearly the tool also opens up a lot of avenues for our modding community. Speaking of…

Also from the desk of TurboTuTone comes ItemZed, a tool we’ll soon be releasing to help modders easily create, edit and refine in-game items and recipe scripts. The biggest pain in the arse for any item mod, or any item added by the developers, is the manual generation of these scripts so…

It’s almost done now, so keep an eye on the forums if you’re a modder interested in taking it for a spin!

Next Mondoid will be Boxing Day so Mondoid will be on our site but fairly limited what with the holidays. In the New Year we’ll be back with news on the other stuff still in the dev furnace and new stuff for the build(s) to come. Have a great Christmas if you’re celebrating!

Featured image from Pechenyshkin! The Centralized Block of Italicised Text would like to direct your attention to the PZ Wiki should you feel like editing or amending something, and the PZ Mailing List that can send blogs like this and patch notes direct to your mailbox. We also live on Twitter right here! Our Discord is now open for chat and hijinks too. A general overview of the content of PZ builds past, in testing and upcoming can now be found here.