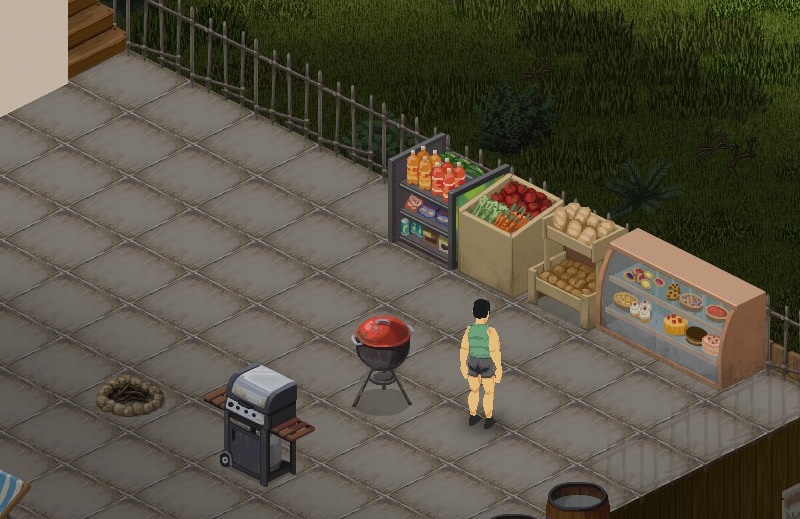 Greetings citizen. Here’s all the latest from the latest isometric dips into undead anarchy…

In keeping with this year’s focus on getting regular builds out rather than sitting on ever-growing changelists, today we’re releasing what’s currently in the can for Build 37 out into an IWBUMS public beta. You can find out how to join in and test here.

Renewed work on the SP anims release continues, intermingled with a successful and fun day last week melding minds with Animator Martin so that he could get to work on an issue that we felt could vastly improve the capabilities of our reanimated zeds.

Right now, in every build of the game, zombies can only move backwards and forwards. This is fine, but severely limits what’s possible in the long run. Proper turning animations have never been possible (survivors and zeds slide in a circle unless they’re moving), and likewise zombies stumbling in a realistic way and being able to move from side-to-side as well as their traditional PZ bee-line.

As of last week, then, we managed to work out a way to implement rotational root motion and Martin could return to his animator’s den and get to work on the visual side of it all. In more technical terms we’ve now opened up the opportunity to have deferred rotation within anims, which in turn means that animations will be able to drive a character’s rotation just as much as movement.

Behind the scenes Martin has been working on a bunch of the other features/visuals that the animations system will open up to us, and this expansion will give him even more options from refinements and improvements (extra wall-hugging stealth stuff fr’instance) while we continue to get the SP anims branch into operation for testing back at TIS Towers.

To accompany the exciting new set of mapmakers that seem to be springing up on the forum, and clearly the old hands too, this week EasyPickins released the latest versions of the PZ map-making tools – alongside a full tileset updated with stuff from Build 35’s March Ridge and Rosewood. As such, aspiring map-makers can find the latest versions of TileZed and WorldZed here.

RingoD has also compiled and collated a comprehensive guide to map modding using TileZed on our forums – taking you from initial dabblings all the way to uploading onto Steam Workshop. It has also been hosted on Steam, while Paul will also generally be tidying up the relevant sections on our forums in the coming week.

While we’re on the subject we also wanted to flag up PZ community member Blackbeard06 and his extremely in-depth video guide to how to make a PZ map. It’s worth noting that the Workshop channel on the PZ Discord has become quite active of late, and if you’re thinking of making your own Zomboid mods or dipping your toe into map-making it’s definitely a great and useful place to hang out.

Featured image from Joe. The Centralized Block of Italicised Text would like to direct your attention to the PZ Wiki should you feel like editing or amending something, and the PZ Mailing List that can send blogs like this and patch notes direct to your mailbox. We also live on Twitter right here! Our Discord is now open for chat and hijinks too. A general overview of the content of PZ builds past, in testing and upcoming can be found here. Also of interest: Atoxwarrior’s cinematic Spiffo shenanigans.