You Survived 2016, You Have Killed 0 Zombies 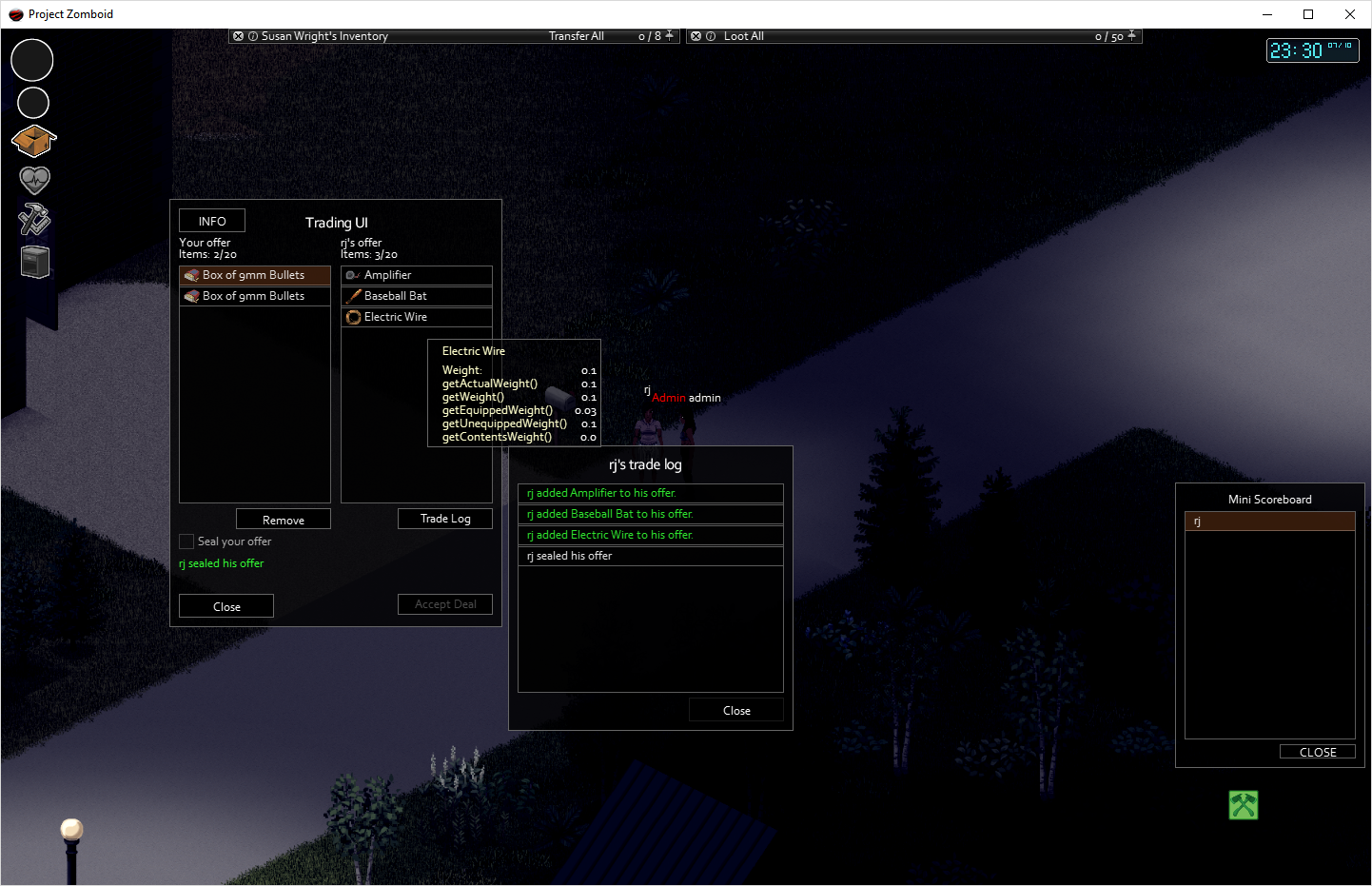 Indie Stone Towers is still in the process of warming up and switching on after a Christmas and New Year break, after the year that will be forever remembered as 2016, with everything powering up fully tomorrow (today being a public holiday in the UK). As such this is a hastily written last minute Mondoid from a not quite 100% organized Indie Stone, so sorry about that!

Despite the holidays, a few of the workaholics amongst us have continued beavering away, and in particular RJ has been working on some cool additions. We’re trying to have a few quick builds to make up for the longer wait people have had on the run up to 35, and a IWBUMS build of build 36 should be alive today featuring a few cool additions, primarily a trading UI to safely trade items in multiplayer!

This serves as the first version of what will expand into a more comprehensive system for trading that will allow for players to display a number of their wares for those they trade with to choose from, as well as those they own from their vicinity, which will allow for players to act as shopkeepers to other factions etc, and will also have applications in single player when the time comes.

Other changes to the build can be seen in the new ‘build update’ screen we’ve added to make it easier to track what is new to PZ builds, which will appear when the game is first run, as well as be accessible from the main menu:

In other news, Blindcoder’s awesome map project has had an update, adding all the new map areas that were added into build 35, so you can start planning out your survival in these new areas. Hurrah!

That is all for this week, we’ll be back in full force next week. Happy new year everyone!