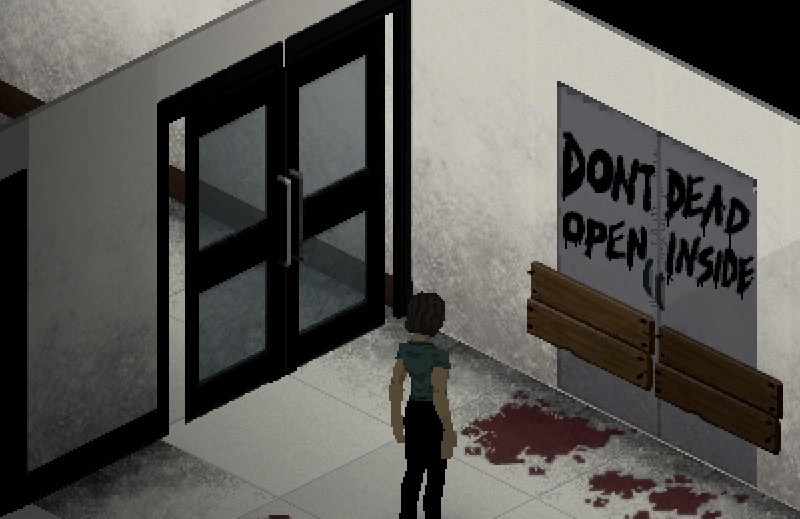 Okay! Quick general update on the various irons currently in the fire…

As discussed last week some (rare) zombies will soon carry town maps that’ve been annotated by themselves or their loved ones – which will highlight loot stashes, places of interest and bring some general colour to their (failed) story of survival.

We have around 50 different such annotations going into our next public IWBUMS beta (as a test – there’ll be plenty more to come) most likely on Tuesday/Wednesday, alongside general bug fixes and whatnot from both RJ and Turbo.

This also means that we’ve come up with some cool ways in which secret loot stashes have been hidden in the homes and businesses of Kentucky – so keep an ear out for loose-looking floorboards that squeak, emergency ‘go’ bags left by previous occupants or the slightly more obvious ‘stash with a sheet on’.

Current plans are for GA to polish and bug-fix their work on bedding-in EasyPickins’ vehicles and physics with the PZ map up until the point at which we can run an internal test. Hopefully at this point we can make a few videos, although this will largely be tech-testing as they’ll still require graphical and gameplay special sauce. In the mean-time, when not responding to the anims call of duty, Martin is working on vehicles models – this week looking at vans and the various different stuff we can emblazon on their sides.

We’ve got an anims summit with Martin the Animator scheduled this week to work out some new exporting procedures that the rotation discussed here demands, and are ticking other ‘tidy up’ stuff off our list.

After the recent surge in mapping interest that followed on from the release of the latest versions of BuildingEd and WorldZed and RingoD’s guide we’ve realised that our tutorials for other dev/mod tools also require improvement.

With this in mind, then, alongside Turbo’s forthcoming latest version of ItemZed (now easier to get going, faster and with some great tweak ideas from our own Rathlord) we’ve got some easier-to-follow instructions written up to encourage the community deeper into the fray.

As such the latest ItemZed and tutorials will go live at the same time as the next IWBUMS beta, as it will require an update to the main game’s distribution systems too.

While additions to the official PZ map continue elsewhere, the inestimable RingoD is fixing up the community- contributed Bedford Falls map – which suffered some visual impairments and wonky flooring after the great 2x sprite revolution and as such fell out of general use when it came to the bigger PZ servers. There’s 500+ buildings for him to work his way through, but he’s making good progress.

This week’s Walking Dead love-in image from Nikitaz98. The Centralized Block of Italicised Text would like to direct your attention to the PZ Wiki should you feel like editing or amending something, and the PZ Mailing List that can send blogs like this and patch notes direct to your mailbox. We also live on Twitter right here! Our Discord is now open for chat and hijinks too. A general overview of the content of PZ builds past, in testing and upcoming can be found here.