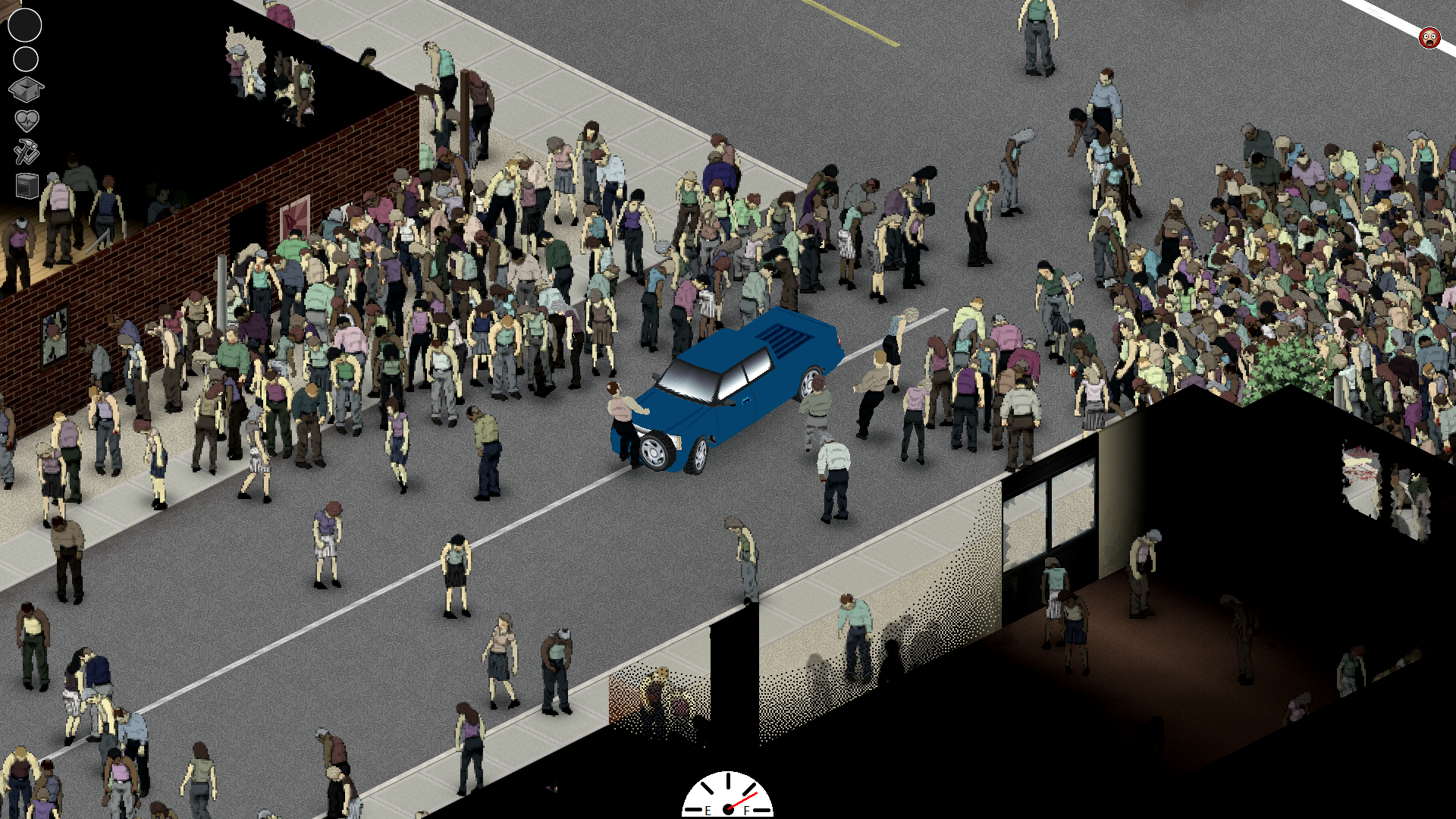 Hello everyone! Welcome to this week’s Mondoid. It’ll be a relatively short one this week, yet we got some cool things in the pipe to show non-the-less.

A big milestone today as vehicles officially went into closed testing, which is a big step toward getting them out there to you all. They aren’t completely finished yet–There will undoubtedly be bugs to fix reported by our testers, and at the moment there is only a test model, a blue pickup-truck with an oddly placed wheel on the bumper, in the game. The cool vehicle models Martin has been pumping out still need to be implemented, and on a cosmetic level some additional work needs doing on the lighting to make them appear less uniformly lit and a bit more metallic in appearance, we may bump up their size a little too, but they are getting close and all the heavy lifting has been done.

Feedback so far shows that the streaming seems to work extremely well, and the vehicles controls and handles surprisingly well considering the isometric perspective. You use a radial menu to start the car, rolling down windows, turn on the heater, change seats, or play with the car radio.  It’s also extremely fun running over zombies–as you can imagine!

We’ll save on the videos until we get more cars implemented and feel an IWBUMS is more imminent (also, as cool as it looks already it’s a bit odd to see neighbourhoods of blue pickup trucks!) but here are a few pics to whet your appetite.

Thanks again to General Arcade for their amazing and tireless work getting the system working over the net, and getting through the remaining technical roadblocks that complicated and delayed their completion, and of course to EasyPickins who put a monumental amount of work into the vehicles prior to that, alongside his day to day work on PZ updates.

That’s right, always a productive one, our very own Romain has gone and co-created a tiny person, whom he has dubbed Victor, who was born literally yesterday. He is very cute, and as per his contract with TIS we have given RJ two weeks to get him up to speed on java so he can be put to work in the TIS code mines. Here is a picture of him alongside the Eternal Leader Spiffo:

Will, usual Mondoid writer, father and sentimental one of the bunch is away at GDC advancing the cause of The Indie Stone in the U.S, but if he was here I’m sure it’d he’d say much more eloquently that we’re ecstatically happy for RJ, Celine and their new son, it’s wonderful to see the Zomboid family grow, and we wish Victor every future success against the zombie hordes.

That’ll be all for this week, see you all next week after we see how the closed testing goes!

This week’s image is by us. The Centralized Block of Italicised Text would like to direct your attention to the PZ Wiki should you feel like editing or amending something, and the PZ Mailing List that can send blogs like this and patch notes direct to your mailbox. We also live on Twitter right here! Our Discord is now open for chat and hijinks too. A general overview of the content of PZ builds past, in testing and upcoming can be found here.