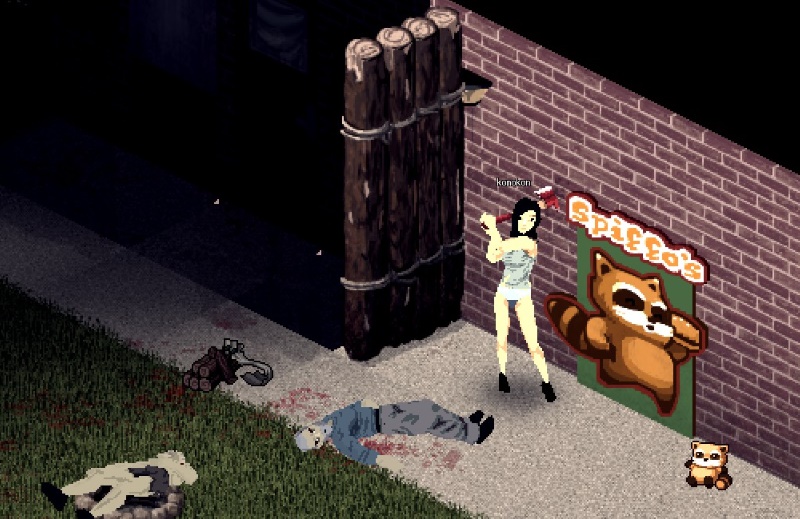 Work on the internal test branch for cars continues, alongside Build 37 and its general bug purge, while Martin continues to pump out vehicle models and their destroyed counterparts.

Community feedback on the initial cars vid was extremely positive, but some people felt they ‘popped out’ from the environment a little – it’s something we’re aware of and as such he’s also experimenting with a texture to make general cars look a little more weathered, as well as muting the general colours we use a little so they fit more snugly into the PZ map tiles. The reds, greens and blues we initially used were very pure. So, behold: cars that will (hopefully) fit in with the PZ world a little better once they’re up and running in the test build.

Something else that’s a part of our vehicles build, meanwhile, is some work EasyPickins put in on zombie pathfinding that we haven’t mentioned so far. Clearly, having a bunch of movable objects on the game map adds complications (and exploits) when we have a bunch of zombies traipsing after you and providing a mounting threat.

As such in the vehicles branch we currently have some new pathfinding work that you can see in an early test screen while we still had the blue trucks with the wonky wheel.

Right now the path-finding seems okay, but the actual following needs some polish (there’s a few zeds getting stuck on things) but it’s a fantastic system to take into the internal testing stage of affairs. Our thanks to Tim for all the work he put into it.

We just released Version 37.5 into the IWBUMS public beta, which follows on from last Wednesday’s Version 37.4. The latter included an update to the foraging system that means you can look for a specific sort of item (berries, plants, materials etc) that will also have the secondary benefit of unwanted items not clogging up servers – likewise the new server option that’ll allow items to set a particular number of hours before the game hoovers up unwanted items that have been left on the ground.

We reckon there’ll be one more, maybe two, fix-focused public beta releases before a full 37 launch – specifically aimed at clearing the board in terms of the bugs (many quick and easy-remedy, others not) that’ve been building up over the past few builds. Then 37’s maps, annotated maps, loot stashes and many/varied other stuff will be set loose on the world/Steam.

Meanwhile, as discussed last week, in other branches work on in-game devices, map expansion, optimization and making sure advances made in vehicles/anims all play nicely together all continues to bubble beneath the surface.

A quick nod to some of the cool stuff we’ve been seeing popping up on the forums recently. First off, IndigoRebel’s buildings look fab – an amazing eye for detail in the stores and apartment buildings. We also love the absolutely crazy Post Apocalyptic Sprites that MarcOwaR has created – although we are a little worried about his state of mind when designing a couple of them…

This week’s Spiffo-loving lady from Komokon over on Steam. The Centralized Block of Italicised Text would like to direct your attention to the PZ Wiki should you feel like editing or amending something, and the PZ Mailing List that can send blogs like this and patch notes direct to your mailbox. We also live on Twitter right here! Our Discord is now open for chat and hijinks too. A general overview of the content of PZ builds past, in testing and upcoming can be found here.