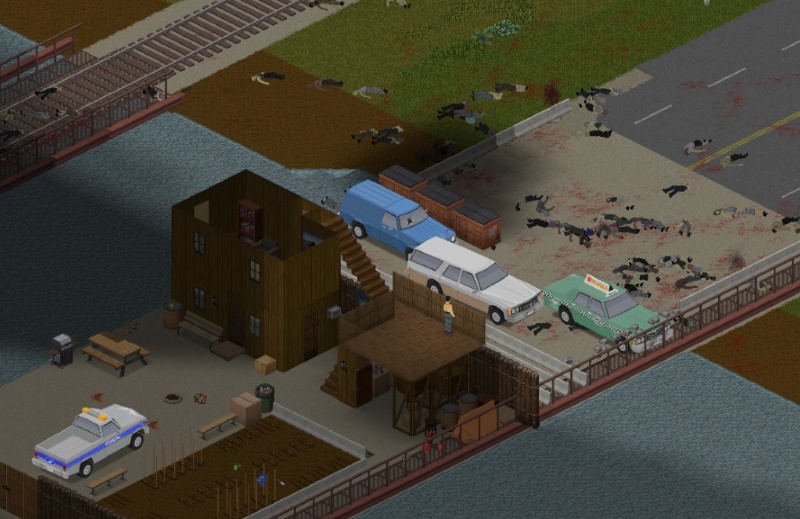 Brief blog this week as, on top of what’s below, we’ve spent the last week and a bit running around and trying to work out an MP bug in which players would happily drive around a server, before teleporting back to where the server (and hungry zombies) assumed they still were. We’re very much hoping that this is now fixed, or well on its way to being fixed, in the just-released public IWBUMS 39.59 – and that we can then kick it all through the public release hatch. Some notes:

Meanwhile, for the builds beyond vehicles, we have Turbo working on cloud drift visuals and night FX and colouring in his simulated weather and climate system – while General Arcade’s Stas is trying to finish off his gamepad work in time for it to be dropped in alongside his chat system.

Over with our new TEA boys team [Bitbaboon Mark’s new crew: hired to help with the anims implementation, and the many/varied features they’ll unlock] are getting on at a good clip – with some good ways to optimize emerging from Grant, and Schnitz working with model loading/textures and getting inventory/character more smoothly.

Finally, our music composer Zach Beever is also back with us and hard at work on new tracks that we hope to integrate in the builds that lie ahead.

This week’s Fear Pier from Arkona. A general list of stuff added to PZ, and vids of features being worked on, is kept here – so you don’t have to plough through endless dev blogs for info. The Centralized Block of Italicised Text would like to direct your attention to the PZ Wiki should you feel like editing or amending something, and the PZ Mailing List that can send blogs like this and patch notes direct to your mailbox. We also live on Twitter right here! Our Discord is open for chat and hijinks too.