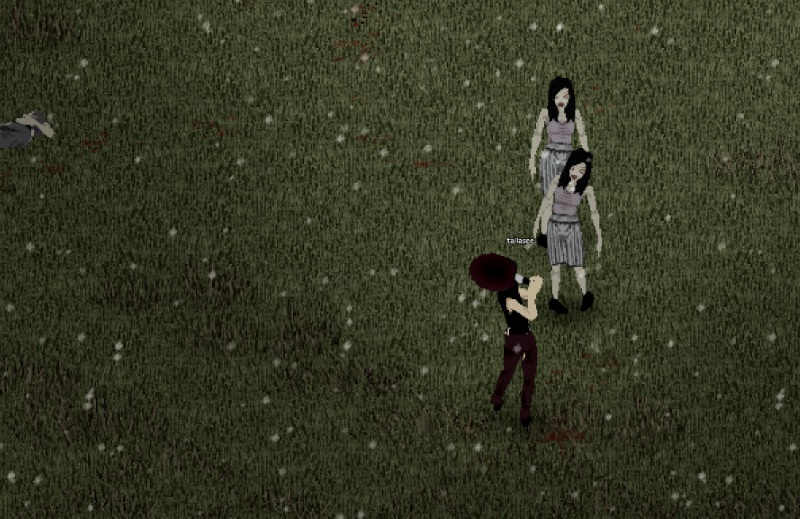 Hey all, quickfire ‘what we’re up to’ blog today.

We had an impromptu Community Megatest last night. It was really useful in terms of spotlighting a few things we need to iron out before we can release Build 40: namely some potential lag caused by extreme weather that we’re digging into, a ‘joining server’ error that some experienced and the ‘dead zombie leaves a weird graphical glitch’ issue which, admittedly, we already knew about.

Internal testers have also flagged a few issues that *might* be an issue on Linux and Mac, so if you’re on those platforms and the new IWBUMS beta isn’t behaving then please let us know.

Our plan is to patch these issues up over the coming days and then have another Megatest next week.

As mentioned, we’ve just released IWBUMS beta version 40.21. Among other things this includes:

Please note that the overall effect of this might be toned down a little, and that a primary motivation for this is also as it being a first step towards reflective-looking water – seeing as bodies of water for a long time have been one of the ugliest things in the game. (This will be a Build 41 or 41+ thing though)

As discussed last week, we’re biting the bullet in terms of Build 41 being the animation build – so that TEA aren’t playing endless catch-up with the main game. As well as preparations for the big switcheroo the guys at TEA have also been fixing issues like zombie outfits randomising and disappearing, renderer crashes and sorting out z-ordering issues so that bags are now drawn correctly.

This week’s featured image from our tester Sasha, who’s awesome. A general list of stuff added to PZ, and vids of features being worked on, is kept here – so you don’t have to plough through endless dev blogs for info. The Centralized Block of Italicised Text would like to direct your attention to the PZ Wiki should you feel like editing or amending something, and the PZ Mailing List that can send blogs like this and patch notes direct to your mailbox. We also live on Twitter right here! Our Discord is open for chat and hijinks too.