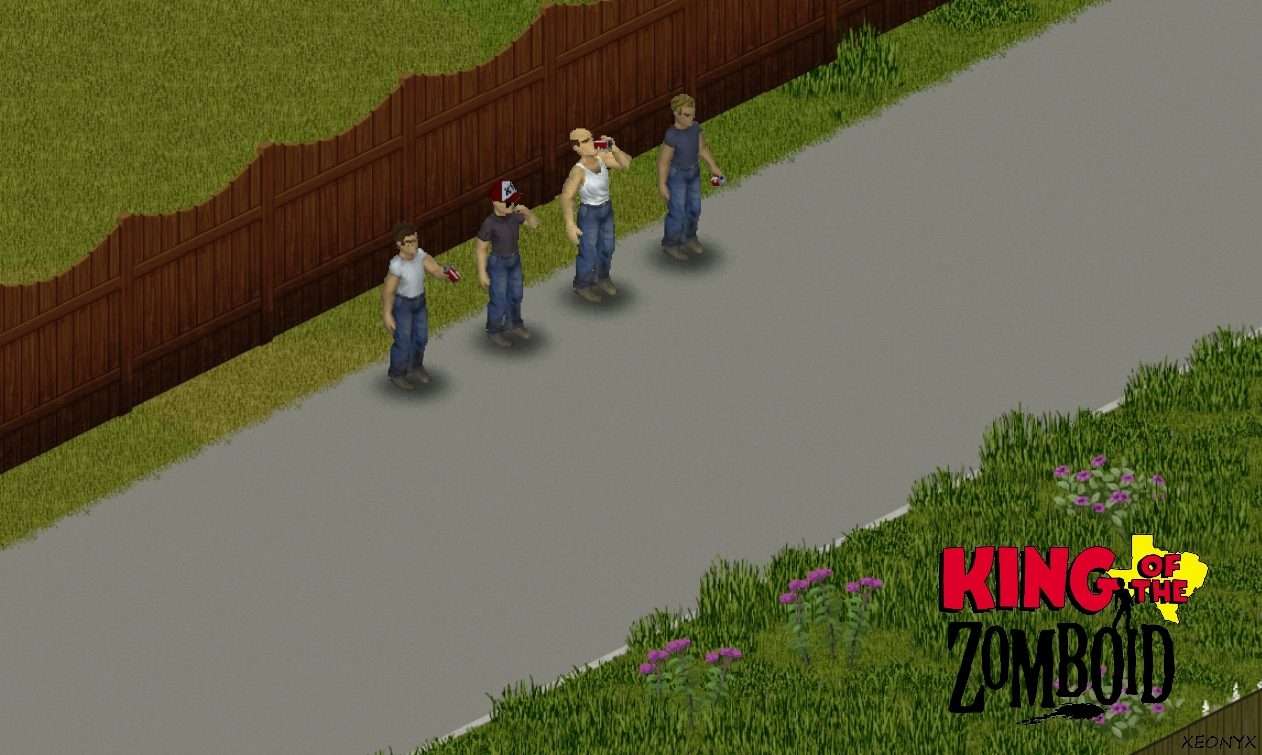 Hello folks, time for another short Thursdoid, busy times and still a Thursdoid writer down, but this time with a bit of videoey fun to make up for it!

This week everyone has been busying themselves as usual bringing the animation build up to full functionality.

Here is a video demoing some of the zoned zombie stuff. And yes, if there’s an obvious glitch (like the wall clipping the zombies falling out of windows) we’ve already noticed it and will be fixed before release!:

Oh and we just had to share this pic, made by Xeonyx, of New Denver fame, who has been working with us on some future challenge maps, and has done something pretty special with the internal anim build:

and that’s it for this week! Thanks everyone!

This week’s amazing pic is by Xeonyx! A general list of stuff added to PZ, and vids of features being worked on, is kept here– so you don’t have to plough through endless dev blogs for info. The Centralized Block of Italicised Text would like to direct your attention to the PZ Wiki should you feel like editing or amending something, and the PZ Mailing List that can send blogs like this and patch notes direct to your mailbox. We also live on Twitter right here! Our Discord is open for chat and hijinks too.