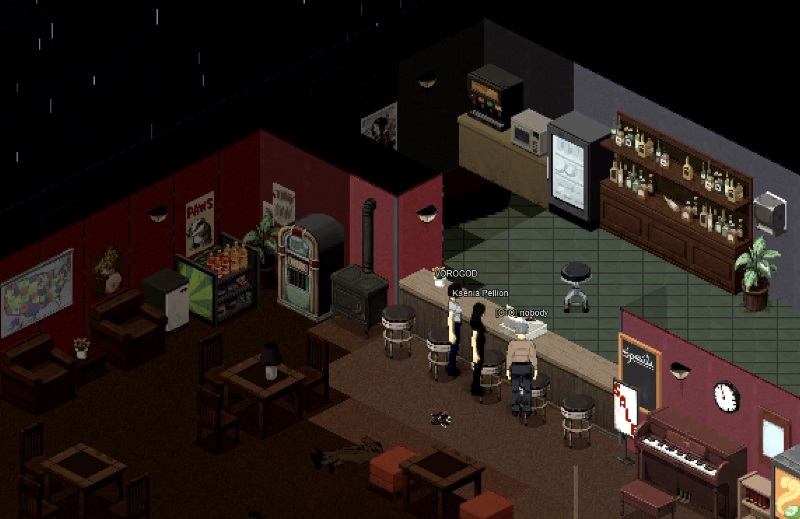 It’s been a week of consolidation really in terms of Build 41, so nothing really super AMAZING that folk haven’t seen before – but there’s still a few items of note that we thought you might be interested in.

Our primary rule with Build 41 is that we’re updating animations to complement and add foundation to our existing gameplay, rather than get too excited and add in loads of new systems that could otherwise wait till a later version.

A good example of this is something that’s been in the game for a while, but have always been hidden slightly: our annotated survivor maps that show you the way to various loot stashes.

Now though, to create a bit of a breadcrumb trail for players to follow, we have introduced ‘uniformed’ survivor zeds. They are the walking corpse of a survivor like yourself, who will not only carry some handy loot, but also potentially lead you to a place of interest.

They will always be rare and spawned in a big crowd of zombies, but also appear bloodied and messed up and wear a neat backpack. One of our prototype Survivor Zeds looks a little like this:

Over with General Arcade Yuri has been continuing his visual effect work – and has fine-tuned his water so that waves and ripples aren’t as small. When it was windy in-game this was fairly uncomfortable on the eyes of our internal testers, so they now look like this.

Right now Yuri is also addressing something that’s been an issue with cars since their introduction, but that we were waiting to address once the differently proportioned new character models were in-game. As such, say hello to the more sensibly-sized cars that Yuri’s currently updating the physics for:

Also, it won’t be for Build 41, but Yuri has also continued his early experimental work in terms of getting a particle system up and running to improve our fire visuals – please note however again that the results are FAR from complete, and we won’t be showing anything else of this for quite a while as Yuri will now be on Build 41 fixes, optimization and polish until release.

Oh, and just today we found a way to make PZ feel a little more American.

Thanks all, hopefully a bit of a longer/deeper blog next Thursday. Our best to all!

This week’s unstaffed bar from Ксения. A general list of stuff added to PZ, and vids of features being worked on, is kept here– so you don’t have to plough through endless dev blogs for info. The Centralized Block of Italicised Text would like to direct your attention to the PZ Wiki should you feel like editing or amending something, and the PZ Mailing List that can send blogs like this and patch notes direct to your mailbox. We also live on Twitter right here! Our Discord is open for chat and hijinks too.

Drink to the Memory