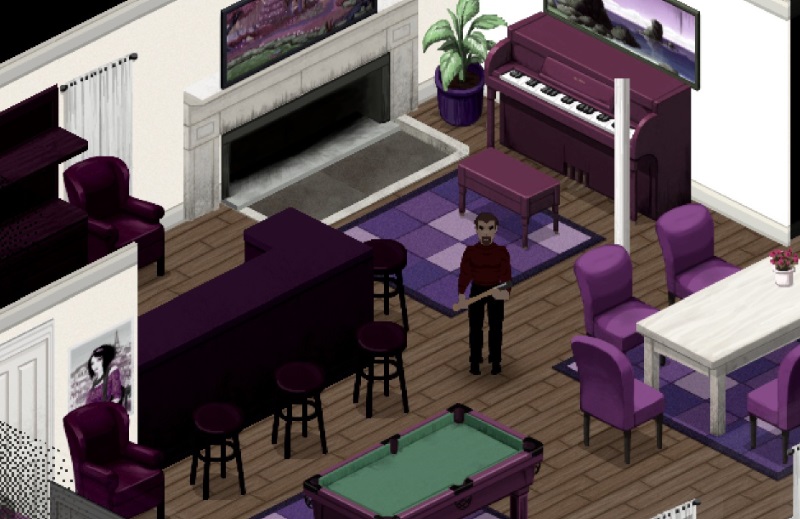 Hi all, fairly dry ‘doid this week as we’re by-and-large fixing things while we wait for new tech to drop in from TEA (animation masking and rotational stuff) but we do have a vid of the latest internal build.

Here’s a quick vid of the current build, since a lot of the new stuff we’ve been working has yet to be polished and is still a bit visually glitchy, we instead thought it would be nice to show off a few of the new weapons. Please note this is a far from exhaustive list, there are many more, and also we’ve not yet balanced speeds and anims for all the weapons, so please don’t take anything as final:

You may notice we cut the ‘getting eaten by a group of zombies’ mechanic footage short at the end there, due to some unsightly glitches. We’ll hopefully polish it up for a video next week. We also need to work out why characters walking with spear weapons currently look like they have shit themselves.

Elsewhere in 41 development this week we: introduced limps/injuries for players who walk over glass and barefoot too much, worked on combat speed, transitions between anims, fixed flickering zombies and many other visual bugs and oddities.

Last week we dumped a load of technical stuff on you about AnimZed’s new debugging graphs, and Thursdoid readers brains didn’t explode – so that was nice. Essentially it’s an AnimZed tool that turns data that looks like this:

Into a nice set of graphs that take in current state, animnode weights and anim track weights that look like this:

We’ll give a more technical run-down when AnimZed releases, as you had enough of a data dump last week, but this is already helping us pinpoint the reasons why when certain animation start misbehaving – and will likely help the mod community too come the release.

It recently came to our attention that there are some multiplayer servers operating online that have pay-to-win elements – which goes against the only big MP rule we have in our Terms and Conditions.

We are entirely happy for server owners to have patreons/donations from players to help with the upkeep of running a server, but have a policy that that in-game benefits, items, XP speed-ups etc should be not be paid for and received in this fashion. As written in our t&cs: “beyond server access, we do not approve of monetising any aspect of the game proper”.

PZ should, as much as possible, be about players on an equal standing – and this is what new players should be welcomed into.

We do not want to see this form of monetization spread further when anims are released in Build 41 and (hopefully) there’s a boost in player and server numbers.

As such, at some point before the release of the animation build we will cease allowing advertising such servers in official PZ channels and in the game’s server browser. We are letting people know now to minimise disruption as much as we possibly can.

If you know of any servers that operate this system then please, please, please make sure they’re aware – as we don’t want this to come as a surprise to anyone.

This week’s Prince-esque abode from RedRusty66. A general list of stuff added to PZ, and vids of features being worked on, is kept here – so you don’t have to plough through endless dev blogs for info. The Centralized Block of Italicised Text would like to direct your attention to the PZ Wiki should you feel like editing or amending something, and the PZ Mailing List that can send blogs like this and patch notes direct to your mailbox. We also live on Twitter right here! Our Discord is open for chat and hijinks too!

The Sound of Mucus