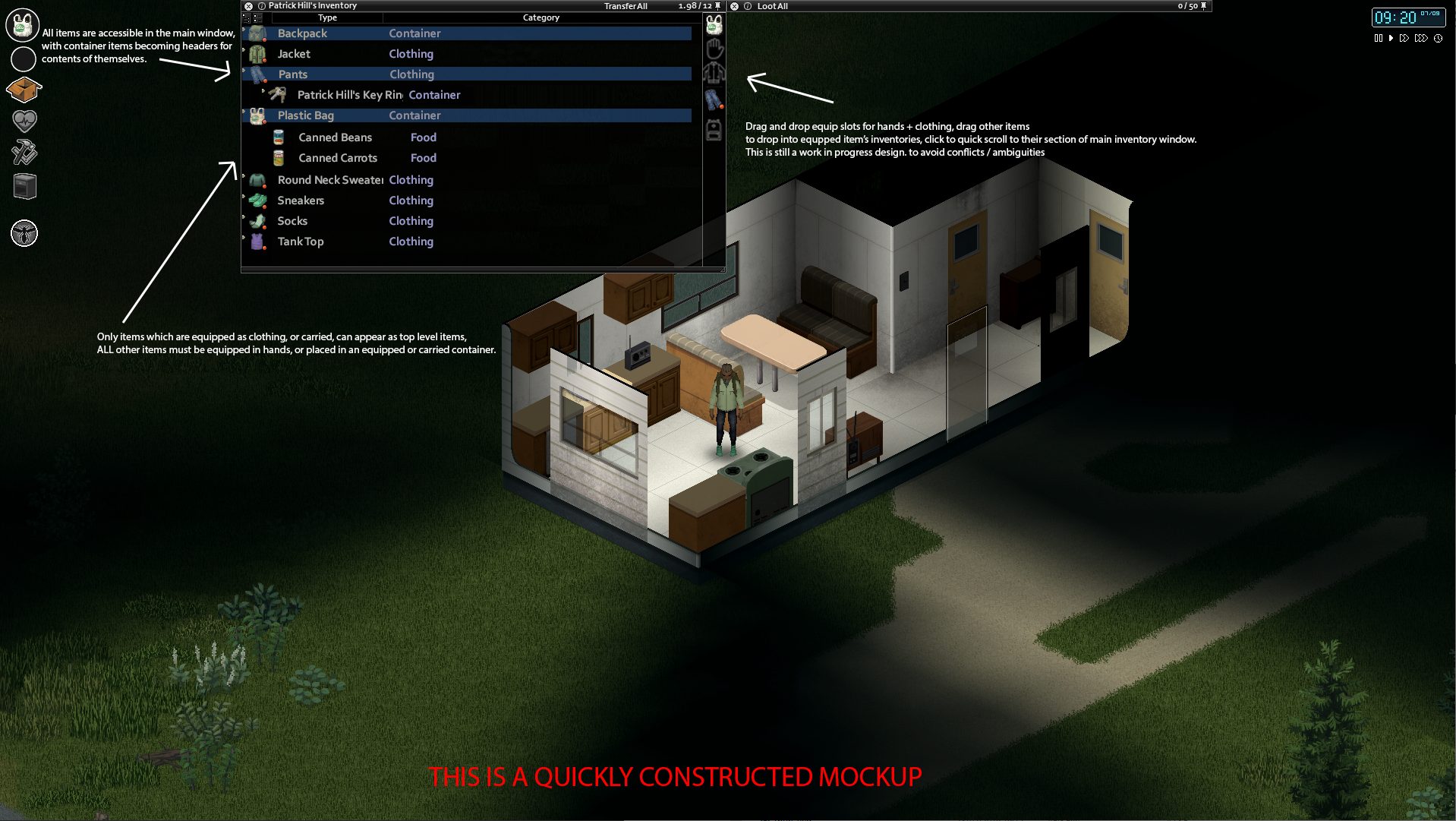 Hey survivors! As stated last week, we will probably be slowing down on the ‘new stuff to show’ on the run up to build 41’s IWBUMs release, a big exception being the rotational blending stuff once that finally lands.

So please be aware that Thursdoids may start to get a bit boring, but that this is good news as it means our work has gotten to the boring clean-up phase before release! In the meantime though, we’re not quite there yet, and we still have a few cool things to talk about!

RJ has been working on a rewrite for the current reloading system, to further help us improve the reloading system and its connection to anims. Eagle eyed survivors last week spotted that the reload animations didn’t actually correlate to what was happening during the reload. At present (outside hardcore reloading) we just have a timed action that runs through, speed dependant on panic and other factors, and once its complete the character chambers and is ready to fire. The problem here is when the animation contained the loading, and chambering, and if the player’s panic meant they took 3x as long to complete the reload, the anim would just loop repeatedly until the action was complete.

The new system will inherently do all these actions separately, and we will have anims for fumbling or doing any of these actions slower. This not only allows us to sync the anims to the relevant action (chunk chunk of the shotgun being pumped synced to the anim should be rather satisfying) but also allows us to make panicked reloading make a lot more sense, say the character dropping a bullet on the floor, or fumbling to get it into the gun.

This should hopefully lead to some tense moments, and allow good luck to sometimes combat the currently just universally slowed down reload time, (or terrible luck to make the situation even worse).

We’ve got the running and vaulting working and implemented. At the moment we only have the highest speed and finesse version implemented, but we’ll be looking now to adding more variants in for the less fit, athletic, graceful and clumsy people (though we do already have tripping in)

While it still needs some balancing, and the speed and ease the character vaults shown here would probably be reserved for the very few who focused their entire build on athletic ability, it’s rather fun and fluid running about. Here’s a little vid to demo it:

We’ve had a lot of discussion about how the clothing will tie into inventory during the past week. Please note there is no guarantee any of this will see the light before IWBUMs, or even this build. With the anticipation of this build we’re not going to mix anything in that will cause any delays to getting the build out.

Our idea though is one we hope will both leverage clothing a lot more in terms of gameplay, as well as hopefully make our inventory system a little more intuitive and easy to use for players, particularly those familiar with a lot of other FPS survival games. Please note this is very fresh in the oven, in early discussion, and rough around the edges, but we’d be eager to hear others feedback!

1) The system would require that ALL items need placing inside a container. The whole concept of the nebulous ‘top level inventory’ would be removed from the game. Characters would have inventory space inside clothing. We combine all pockets and other space to carry items into making all clothing into containers of varying sizes. Certain high value fishing jackets may allow for significant storage. Sewing and other skills could modify clothing to add pockets and increase their carry space.

2) All current game actions that require an item be in the main inventory would be recoded to allow that action to work with the item in whatever inventory it is in. This is to counter balance the extra awkwardness of not being able to carry items in your top level inventory any more.

3) The inventory item view will now contain a nested structure showing each equipped item, then everything inside that container, all within the same view.

4) The buttons we currently have as tabs will serve as hyperlinks to move the inventory window to show that item in case it needs to be scrolled, as well as being a convenient drag/drop container to move items around as always. We’re also toying with the idea of these icons becoming always present ‘equip slots’ for hands, body parts, backpacks etc. It’s still unclear if this will be possible with these icons needing to behave in different ways depending on context, and if there’ll be conflicts. Say you have a bag in your left hand, should dragging a bat onto it put bat in the bag or equip the bat? We still need to think on how this part may work.

Here is a mockup we quickly made during discussion to illustrate how it would work, but please don’t take any of the aesthetics as final:

We’d be able to look into an ‘icon only’ version of the items within backpacks, for those who have played long enough to be able to recognise all the inventory icons, could optionally stack all the icons compactly in a grid under the container item heading, with stack sizes and tooltips, making the inventory system a lot more compact and reminiscent of other survival game’s inventories, without sacrificing the advantages of ours.

This week’s image lazily reused from the blog. A general list of stuff added to PZ, and vids of features being worked on, is kept here – so you don’t have to plough through endless dev blogs for info. The Centralized Block of Italicised Text would like to direct your attention to the PZ Wiki should you feel like editing or amending something, and the PZ Mailing List that can send blogs like this and patch notes direct to your mailbox. We also live on Twitter right here! Our Discord is open for chat and hijinks too!