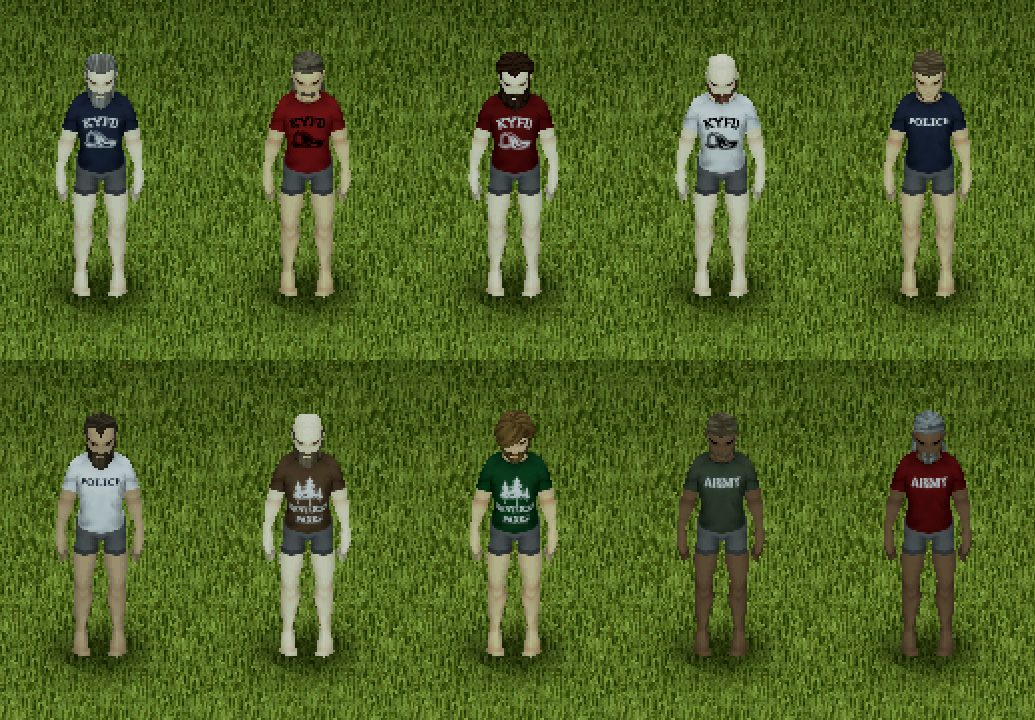 Hello everyone! Another ‘just getting on with things’ Thursdoid update. As we work on the last remaining tasks required before IWBUMS, we’ll do a little run through what everyone’s been up to this week! There is some really cool progress to show!

This is only the first step, but we’ll hopefully be seeing the rest of the system fall into place soon now the stage has been set. Next will be adding the turning on the spot step animations, which allow the lower body to turn once the upper body’s reached its limit of twisting the hip.

The character’s internals have have been undergoing some heavy re-modelling. The animation system is now getting involved. Rotation is now split into target and twist. The character can now specify whether they are turning or not, and how far they can twist their body and how fast.
A good bit of math has also been written up for determining relative rotations, ranges, transforms, and interpolation.

Some states are suitable for twisting, like when standing still and aiming a weapon, while others are not, like climbing over fences.

The animation system incorporates these values into the skeleton. The twist is performed by rotations staggered across the character’s spine. ie. The twist starts just above the pelvis, the chest rotates some more, the shoulders, and then finally the neck. This makes for a more organic feel to the character’s rotation.

More work is still to be done, but this is how it looks today. “

Elsewhere, Yuri has been fixing up some final bugs on the MP save database system, that will not only make vehicles more persistent in the cases of crashes and game quits, but should provide us with some additional security against inventory hackers on MP servers.

After much internal discussion on what to give away to players in terms of profession costumes, Martin has been creating some additional branded t-shirts to go with various professions in the game.

EP has been up to some very cool stuff! It’s all still in the early experimetal phase of poking at the car model system, so no guarantees if it’ll be in the IWBUMs but its way too cool not to show:

That’s everything for this week!

This week’s fashion show from our very own MartinG! A general list of stuff added to PZ, and vids of features being worked on, is kept here – so you don’t have to plough through endless dev blogs for info. The Centralized Block of Italicised Text would like to direct your attention to the PZ Wiki should you feel like editing or amending something, and the PZ Mailing List that can send blogs like this and patch notes direct to your mailbox. We also live on Twitter right here! Our Discord is open for chat and hijinks too!