Sock it to ’em 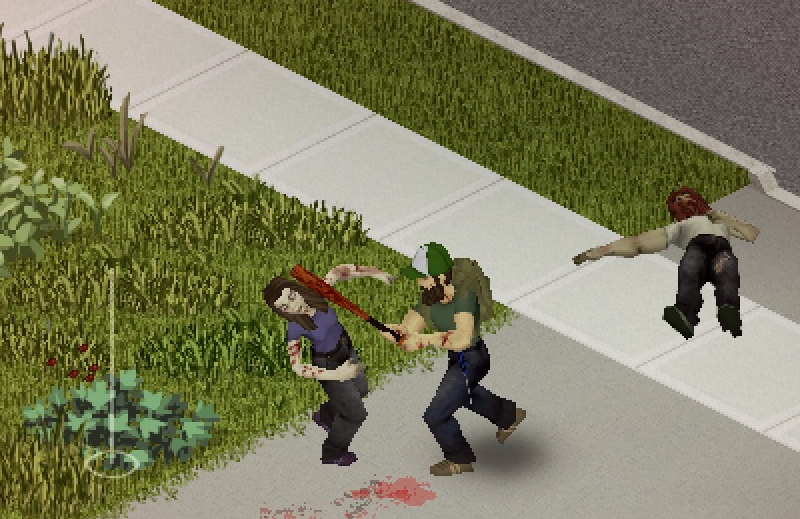 Fair amount to get through this week, starting off with us flagging that this week we have released two patches for the IWBUMS beta of Build 41: namely 41.26 and 41.27.

We’ve spoken about the 41.26 contents a fair amount in recent blogs but the overview is that it contains:

Something else that this contained was an attempt on our part to nerf ‘animation cancelling’ in combat – but it had a few side effects, especially with axes, so the next day’s 41.27 patch reverted this while we work out a more elegant solution.

The next patch (likely next week, but probably reliant on work in Zac’s Zoom branch, as detailed below) is far from fully formed yet – but likely will contain Turbo’s Xmas side project, the automated military radio channel. We will also be looking into making sure that stealth is working correctly, as recent fixes might have knocked this off-balance.

An updated video of Turbo’s automated radio station can also be found below:

Truth be told, some of us were ready to throw in the towel on Zac’s work on the ‘zoom’ build – the aim of which was to try to get as many lower-spec people as we could (the Intel crowd, generally) an uninterrupted non-crash game experience by removing the memory-hogging FBO and simultaneously granting all PZ players sharper visuals on character and zombie models alike.

Zac had one last day on it up against seemingly unsurmountable issues  before it was placed on the shelf, and all seemed lost… but then… like Indiana Jones rolling under a door and reaching back for his hat. He triumphed.

As such, we currently have a test beta running for this optimized branch – although it hasn’t been updated with latest 41.26 and 41.27 content so if you do try it out PLEASE back up your saves.

Details on how to test out this build can be found hiding behind these words.

Feedback from this beta has been HUGELY encouraging, with some people who have had major problems running 41 reporting far, far less crashes – and others liking the crisper visuals too.

This said, there are still some kinks to be worked out of it: a recurring error causing framerate issues, white square zed bodies, nights that are too bright, a blurry UI and oddly coloured cars and weapons on zoom out.

All annoyances, rather than the huge hurdles that Zac scaled on that fateful Friday last week – so fingers crossed it can enter the main beta soon.

As mentioned last week this year we’re delighted to have TEA/Bitbaboon’s MarkR available again to help with the great big multiplayer hook-up. We’ve had a lot of chat this week about where we are, what’s still to do, and where we want to get to – which is basically as a high a bar as his talent and experience can take us. The following, then, are what you’ll hopefully be hearing a lot about in future blogs:

Having a synchronised clock on server/client instead of using ping round-trip times, and using client prediction and interpolation to move the characters on the clients. This will allow the animation system to take that movement and apply appropriate animation onto it that will avoid most (tho likely not all) foot sliding.

The dead reckoning will make the character movement in MP a ton more realistic and solid than it currently is, and will hopefully improve/remove the frequent rubber-banding issues PZ often faces. It might sound a lot, but a lot of the groundwork for this has already been done in existing work and the way that the animation system in 41 has been rebuilt to prepare for it.

Not ‘our’ kind of zombies – but an actual coding term! With this we will be working out ways to simulate high amounts of players on a server: moving around and doing simulated gameplay actions so as to stage all the actions of a busy server.

This will then allow us to debug current issues with server lagging due to high player counts. We’re setting ourselves a high bar with the player count – though we’re superstitious enough to not tell you all what it is.

Also on the menu are clusters and islands – these are ways of reorganizing horde data to vastly minimize the amount of traffic sent to update zombie positions, hopefully with little visual or mechanical detrimental effect to the online experience.

We’ve also been discussing splitting the horde into the zombies most relevant to different players to augment how they are synchronised to each client which, along with dead reckoning should drastically reduce those famous moments when you’ve all been bitten by a laggy/invisible/distant zombie.

In short though: we’ve got big plans for all this stuff, but we want to get it right so everyone has the best experience possible AND so it’s ‘done and stable’ for the entire future of PZ.

MP functionality for the anims build won’t suddenly be back next week, but we will keep you updated in the blogs – and when it does return it will have had insight and coding from some very talented people we’ve brought in especially for it, and will have been worth the wait.

This week’s ‘oof, right in the kisser’ from Airpex. A general list of stuff added to PZ, and vids of features being worked on, is kept here – so you don’t have to plough through endless dev blogs for info. The Centralized Block of Italicised Text would like to direct your attention to the PZ Wiki should you feel like editing or amending something, and the PZ Mailing List that can send blogs like this and patch notes direct to your mailbox. We also live on Twitter right here! Our Discord is open for chat and hijinks too!