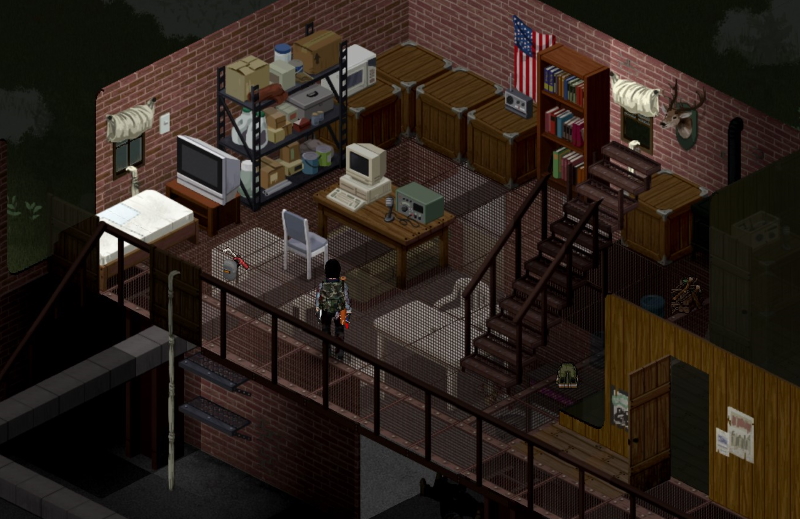 Greetings zed-watchers. Quick blog today but it’s accompanied by an update to the IWBUMS Build 41 beta.

Version 41.34 is out now, and amongst other things it contains:

In team news we are also delighted to be welcoming General Arcade’s Andrei to the team on this coming Monday, who will be aiding Zac and the ‘MP Godfather’ Mark in their quest for Build 41 anims integration. We believe that an extra pair of hands will be hugely beneficial in the process of finally getting MP into the hands of our survivor community and also kicking the final polished Build 41 out of the door to public.

Oh, and here’s a quick vid that Yuri made of him debugging fire spread in his branch.

Many thanks everyone, and please keep safe in these difficult times.

This week’s warehouse base from Jimmi Mongoose. A general list of stuff added to PZ, and vids of features being worked on, is kept here – so you don’t have to plough through endless dev blogs for info. The Centralized Block of Italicised Text would like to direct your attention to the PZ Wiki should you feel like editing or amending something, and the PZ Mailing List that can send blogs like this and patch notes direct to your mailbox. We also live on Twitter right here! Our Discord is open for chat and hijinks too!