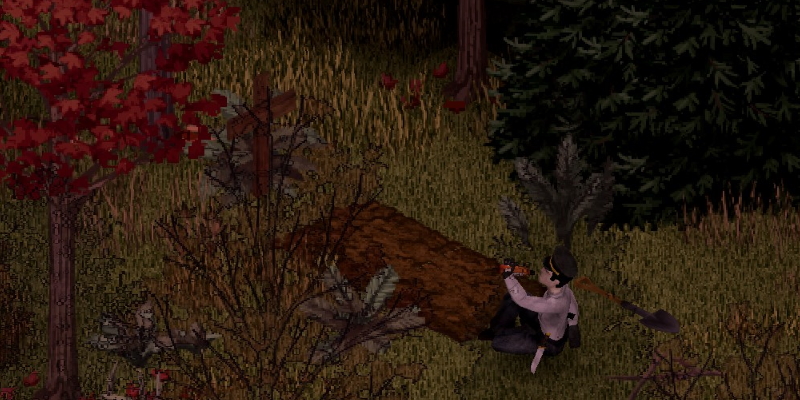 Welcome, welcome to our new PZ website. We like it very much – and there’s still some additional work on it to come too. So please feel free to chip in with any constructive feedback you might be able to supply, and we’ll bring it to the attention of the marvellous design people at Redwire.

Clearly once Build 41 is fully multiplayered up and released, we’ll also be draping screenshots and trailers showcasing the game’s newer look all over the site. For now, though, the normal Build 40 screens remain.

In terms of Build 41 blog-wise this week – it’s a bit of ‘work is in progress’ affair.

MP-wise Yuri is continuing to polish off the light ownership system and squashing bugs along the way – making sure that the server zombies behaviour match that of the client, and that the correct information is passed up and down to make sure they stay in sync.

(Nothing that can really translate to a cool video like in previous weeks though, sadly.)

There’s a lot of general polish and tweaks going into 41.40, some of which was listed last week, and on top of this we’ve also got RJ deep in the guts of the tutorial – making sure we have a variation of it that works with a gamepad.

While RJ is down in that particular dungeon though, we’ve also been making the most of the opportunity to smoothen out some of our more jarring issues in the overall animation system.

Martin recently noticed a way to move between our anims more seamlessly, and with less of an evident pause in certain cases.

To this end, Zac has added a flag that allows animation states to transition before the animation blending is complete. Previously, to start an attack after another, the second would have to wait until the previous had 100% blended out into the aiming pose before the logic would transition states and allow for another attack to be initiated.

Now, with the early out flag, the character’s arms can still be completing the last stage blend back while the code transitions back into the aiming state. This allows for another swing to be started that ‘crossfades’ into the end of the previous one.

Around the rest of the anims, this will allow us to avoid awkward pauses between actions, allow us to chain animations together much more fluidly, and generally make the animation system a lot slicker and give us finer control over timing of consecutive animations.

In particular it should solve the problems with the spear finishing moves causing the awkward long pauses that get some players killed. It won’t just be in combat either – among many other examples you can also expect slicker stumbling, falling, getting back up and vaulting over fences at speed.

However, the kicker to all this is that it’ll bubble up a lot of balance ramifications backstage for us to sort out – so in the coming week we’ll be doing a pass over the combat to see which areas have been made too easy and address each in kind.

To get an idea of the speed/slickness we’re talking about here, have a look at this Before and After in which Zac is wielding a hammer.

We won’t have a firmer idea of when the patch can be released to the IWBUMS beta until we’re a little deeper into the balancing discussed above and the tutorial polish is complete.

In terms of other stuff added to 41.40 added in the past week, though, you can find a few bullet-points below.

This week’s graveside lament from 拉姆达lrh. A changelist of all IWBUMS patches since the 41 beta was released can be found here. A general list of stuff added to PZ, and vids of features being worked on, is kept here – so you don’t have to plough through endless dev blogs for info. The Centralized Block of Italicised Text would like to direct your attention to the PZ Wiki should you feel like editing or amending something, and the PZ Mailing List that can send you update notifications once builds get released. We also live on Twitter right here! Our Discord is open for chat and hijinks too!