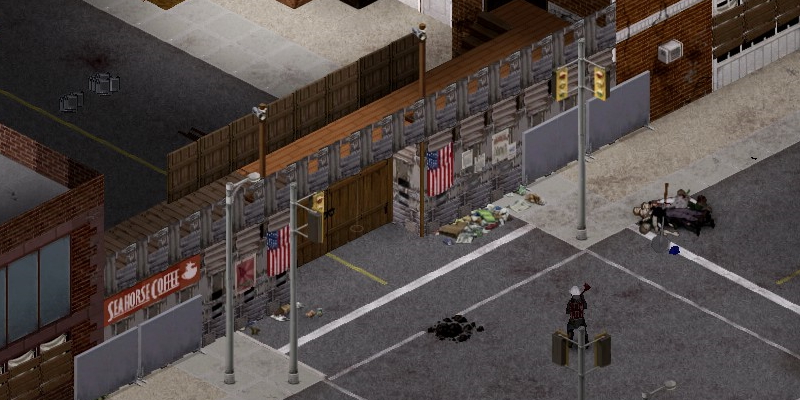 Hey all, let’s do some IWBUMS 41 public beta chat.

We released 41.41 to the beta last week, and 41.42 is starting to shape on the internal build – with the focus still being on fixes and polish rather than adding any complex systems that directly impact on the gameplay – while the MP Strike Team continue to hammer away at online stuff.

To this end there’s currently stuff like improved fishing anims, less clunky car entry and exit if you’re injured, tweaked gun recoils, less clothing clipping, some anims optimization, new gamepad icons and a fix for this tricky-to-replicate ‘bite on attack’ issue that somehow this poor streamer ran into twice in a row.

We will most likely be looking to release this next week at some point.

In MP-land meanwhile, a system we’ll be needing that shouldn’t impact too much on general gameplay balance is the emote system – which RJ and Martin are working together on.

Emotes will be accessed via a vehicles-style radial menu, and you’ll be able to customize which ones you’d like to have easily accessible (including those that have been modded in) via a window also accessible via the radial.

There will be no dancing, however, as we’re not Fortnite – you guys will have to mod that in via AnimZed once it’s released if you want it!

You’ll be able to do emotes in SP too, as we’d imagine it’ll make for some fun screenshot-taking. Likewise emotes will also be triggerable via the MP chatbox.

Super work-in-progress video of RJ and Martin’s current work seen below! Icons, placements etc all due for change.

Andrei has been continuing work on the client bot system. For a quick refresher on this, this is a debugging tool to allow us to simulate large population servers, to provide us with information we’ve never had access to before: both to allow us to see where we can optimize network traffic in the Strike Team’s current work, and to debug why our high population B40 multiplayer servers often grind to a halt and suffer terrible lag spikes, black borders on map streaming, stationary zombies etc etc

Andrei’s fake clients currently spawn in a random spot in the middle of the map, and move in a random direction at greater speeds than a normal player is capable of. Here are a bunch of them in their first WIP blink-in-and-out-of-existence form.

So, these little automatons will then separate and force the server to send the data for the map and load up simulated zombies: purposefully straining the server as much as possible so it can be debugged to discover where the choke points and bottle necks are.

Right now Andrei is optimizing the memory and CPU requirements for client bots, there’s still some way to go with this but he’s  managed 60 of them to run on a single machine now – but in the meantime here’s a fun little video showing 10 of the little fake lads and ladies in action on the PZ map overview.

Yuri meanwhile has been working on syncing player states across the network, with a side salad of fixing up zombie network issues when they crop up.  There’s still lots to be done here: character animations are not yet translated between clients, and there’s still some slight glitches to resolve with zombie behaviour not matching, but it’s great to see it all starting to take form.

This week’s secured streets from Greedy Dwarf. A changelist of all IWBUMS patches since the 41 beta was released can be found here. A general list of stuff added to PZ, and vids of features being worked on, is kept here – so you don’t have to plough through endless dev blogs for info. The Centralized Block of Italicised Text would like to direct your attention to the PZ Wiki should you feel like editing or amending something, and the PZ Mailing List that can send you update notifications once builds get released. We also live on Twitter right here! Our Discord is open for chat and hijinks too! The CBOIT also wishes the Dead Matter team success and high infection rates during the launch of their closed alpha this week.