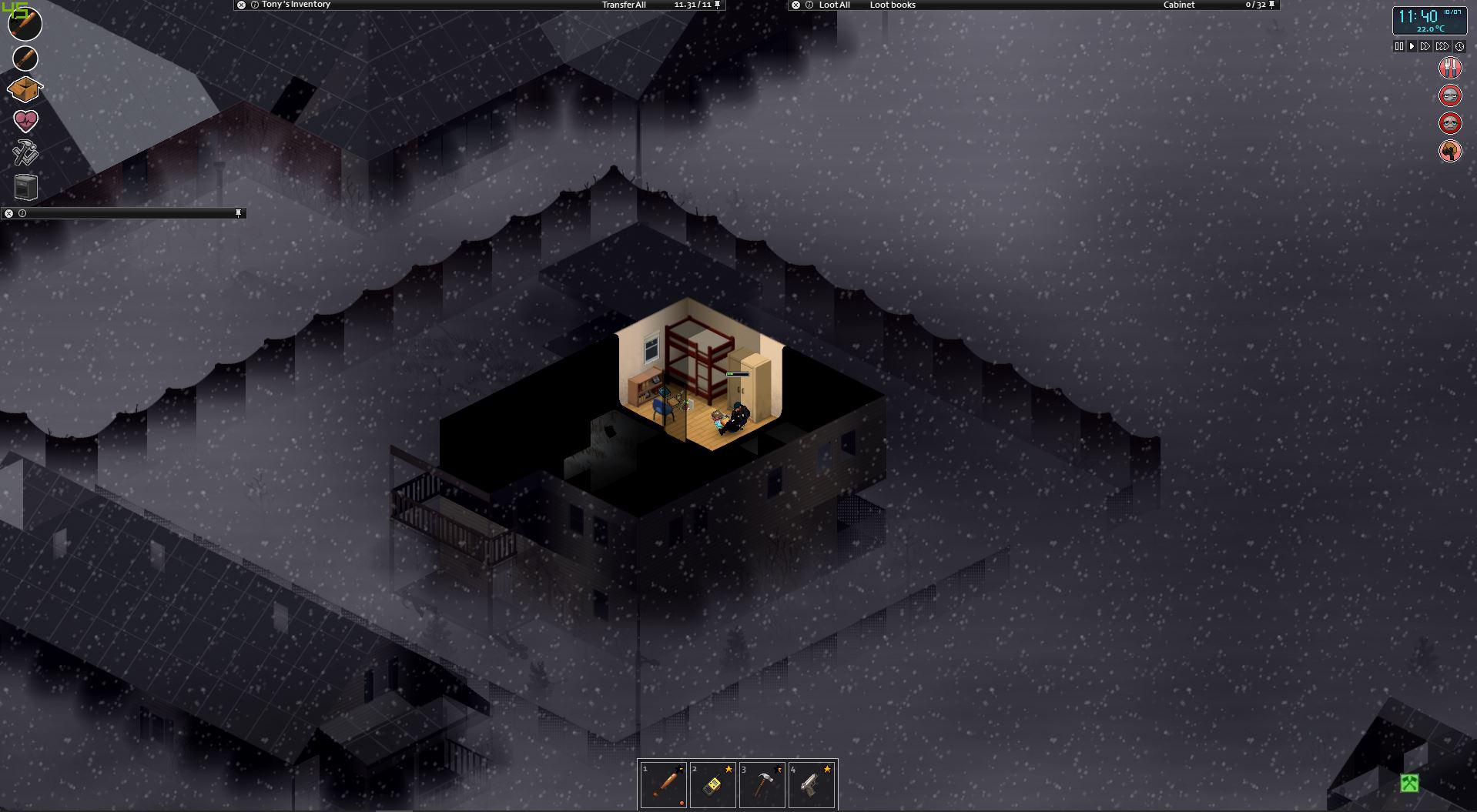 Hey all! Probably a substandard Thursdoid this week, our usual wordsmith is in the midst of a school holiday childcare in middle of pandemic moment so isn’t around this week. However will go through a few things nontheless!

This week, Yuri has been fixing some issues with zombie damage not transmitting properly, leading to zombies never dying in MP (kinda a big deal lol), some issues with animation syncing that would lead remote characters to be visibly stuck in that action forever.

Here is a vid of some of these fixes this week:

As you may be able to tell from the combat around 1 min mark, there is still a little work required getting the zombies not to intersect with the characters with higher pings. Stuff like this will improve in the run up to release and probably after that too. Andrei is on it!

We also discussed the possibility of lowering the streaming range for multiplayer a tad, and see how much we can reduce it without introducing popping in zombies. It may be we will consider removing the furthest zoom on MP as this would afford us the potential ability to massively reduce the memory requirements per player. This is potentially something we could do based upon server load too, to give us way of scaling RAM usage a lot more forgivingly especially on high pop servers. Our quest for affordable 64 player servers continue. Though we’ll of course make sure gameplay isn’t negatively affected too much by this.

RJ has been working on the outdoor ‘survivor stories’ that are the equivalent of the specific situations you can find within buildings in the current build. We petitioned for ideas on our twitter last week – and there were a lot of great suggestions, and I can see numerous of those suggestions have made it in. Obviously we’re not going to spoil a lot of these as they will be there to discover when playing, but here’s a little taste of what you may find when out and about.

As you can see he’s still working out a few specifics like making sure the terrain and tall grass is unaffected by the placed stories but these will provide extra immersion in the world while exploring and will be expanded on going forward.

Martin has been working on weapon attachments to use on RJ’s weapon attachment system, its unclear when these will be introduced but will add greatly to the variety of customization of weapons!

Easy has been experimenting with a way of saving all zombie clothes when zombies are streamed out, to fix the issue of zombies changing clothing and appearance whenever you return to an area, as well as to stop themed clothing zombies from losing their clothing when you leave and return to an area.

And that’s it for this week, please tune in next week for Thursdoid normalcy to have returned.

This week’s chilling scene from Asta_rogue on reddit. A changelist of all IWBUMS patches since the 41 beta was released can be found here. A general list of stuff added to PZ, and vids of features being worked on, is kept here – so you don’t have to plough through endless dev blogs for info. The Centralized Block of Italicised Text would like to direct your attention to the PZ Wiki should you feel like editing or amending something, and the PZ Mailing List that can send you update notifications once builds get released. We also live on Twitter right here! Our Discord is open for chat and hijinks too!