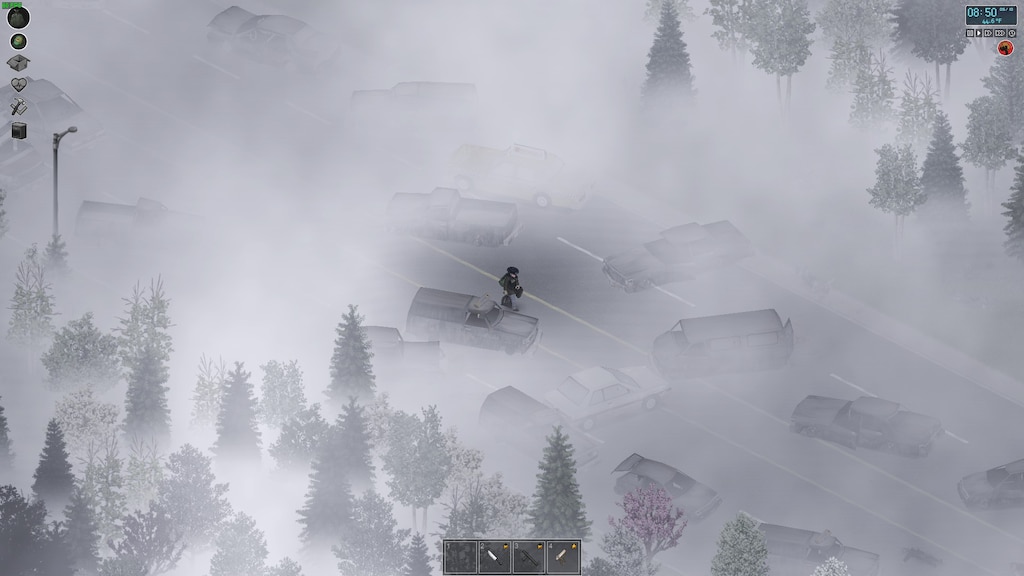 We’ve had a full complement of coders back on the internal 41 MP build since Tuesday, following the Russian May public holidays. Last night’s traditional Wednesday Night Internal Test was a bit of a washout due to a completely unrelated bug relating to an XP change not being compatible with MP. This has now been fixed, and we’re doing a Thursday test to see how things have improved, and things seem to be going well so far! A few issues but definite improvements. We’ll be doing more fixes and a bigger test tomorrow, so hopefully we’ll be in a good place for improvements for next week.

Work from the Noiseworks sound design crew continues to arrive for our assessment, with Michael from Noiseworks plugging them all into the mainframe. It’s become increasingly evident that some of the NW gang are becoming quite partial to our game (even playing it for fun!) and as such ever more interesting and well developed sound design keeps on appearing. This isn’t always the case when you get separate teams in to work on existing titles, and makes us really appreciate having such solid (can we say ‘sound’?) chaps working on PZ.

Noiseworks stuff is being done separately from more general dev duties on PZ. Other departments aren’t being held back by this.

Kukrapok, creator of the Cherbourg map and a member of the boat mod team, has been part of the official PZ team for a few months now – so we thought it might be an idea to let folks know what his initial task is. (Not least because it’s a real ballache of a job, and he could probably do with a little community cheerleading!)

You may have noticed that the roads that criss-cross the Knox Event zone aren’t exactly standard issue – 90 degree turns result in many car/tree incidents, broken bones and worse.

As such, Kukrapok’s current task is to provide for both official and community mappers when it comes to better and smoother curves and corners.

“After I was taken on by TIS, I was quickly tasked to create new tiles in order to add 45 and 22.5-degree angle roads.” explains Ayrton/Kukrapok. “This should prevent players from crashing into a tree too often when they encounter a sharp turn. Even though, I’m sure there’ll be still plenty of opportunities for each of us to wreck our newly fixed cars. (I see you Speed Demon thugs!)”

These angles are not just restricted to the corners themselves. It should also allow us to have much more natural roads between towns, instead of a network of long 90 degree roads, we could have longer stretches of more interesting angles and smaller turns during road trips to make the roads feel and look more natural to drive around.

“The task is a long one, as it requires a certain number of tiles to be created in order to have proper transitions in between all new angles and this applies to street curbs, terrain blends, traffic lines, etc.”

“However, the result will improve the whole map eventually, and many modded maps, while also providing a smoother driving experience and a more natural feel to the map. Below is an example of 45-degree transitions of street curbs.”

Overall this task has involved the creation of 1133 new tiles (!) with most of them providing a mathematical brain ache to complete also, so many thanks to Kukrapok for his devotion to the cause!

This week’s foggy scene from Stean on Steam. Trying saying that five times with your mouth full. A changelist of all IWBUMS patches since the 41 beta was released can be found here. A general list of stuff added to PZ, and vids of features being worked on, is kept here – so you don’t have to plough through endless dev blogs for info. The Centralized Block of Italicised Text would like to direct your attention to the PZ Wiki should you feel like editing or amending something, and the PZ Mailing List that can send you update notifications once builds get released. We also live on Twitter right here! Our Discord is open for chat and hijinks too!

News & Dev | 20 May 2021
Project Zomboid | Copyright © The Indie Stone 2023. All Rights Reserved.
Site by Redwire
Stable Build: 41.78.16 | IWBUMS Beta: 41.78.16 | Version history | Wiki
Follow us
Manage Cookie Consent
To provide the best experience, we use technologies like cookies to store and/or access device information. Consenting to these technologies will allow us to process data such as browsing behaviour or unique IDs on this site. Not consenting or withdrawing consent, may adversely affect certain features and functions.
Manage options Manage services Manage vendors Read more about these purposes
View preferences
{title} {title} {title}